The Met Office has taken to sending out forecasts of weather in three decades time, despite the fact that they are useless at forecasting more than a couple of days in advance! 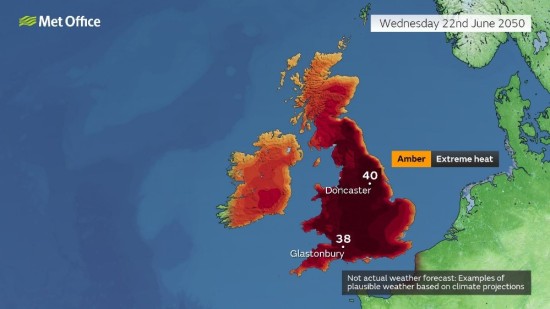 To be fair, they do explain they are not actual forecasts on their blog:

You may have seen some of our forecasts that look a little further ahead than you would usually expect. Although they use the same graphics as our normal weather forecasts, we’ve been producing theoretical ‘forecasts’ for 2050 to look at what conditions we could expect to see in the UK if global greenhouse gas emissions continue to rise.

One of the greatest challenges with communicating the risks of climate change is how to show, in a relatable way, how changes in our atmosphere could impact the weather we experience on the Earth’s surface. By showing what the weather could look like by 2050 at certain times of year, it helps people relate to how different their experiences might be under a changing climate.

To date we’ve produced plausible scenarios for a July 2050 heatwave, Wimbledon and Christmas 2054, and now we’ve examined how Glastonbury could look in 30 years’ time.

The key aspect to these ‘forecasts’ is that they are plausible weather events for 2050. Of course, it isn’t possible to create a genuine weather forecast for 2050, however it is possible to generate a realistic forecast based on the atmospheric conditions projected for the future.

The future forecasts are based on climate projections using a high-emissions scenario. One of the biggest sources of uncertainty in climate change is how much the world manages to reduce greenhouse gas emissions in the years to come. That’s why climate scientists model future global warming under various scenarios.

Here’s that forecast for Glastonbury:

The only trouble is that they are not in an way plausible.

For a start, the “high emissions” scenario, RCP 8.5 is simply not credible , as pretty everybody, except the BBC, admits. Using this scenario is purely designed to frighten people, and is reprehensible for a supposed public service body.

But more significant is the fact that their absurd forecast bears no relation to what has actually been happening to the UK climate.

For instance, their pretend forecast talks of 40C heatwaves in Doncaster, and for several days not just one. But the record temperature for Doncaster is only 35.5C. There is not the remotest chance of temperatures reaching 40C there. 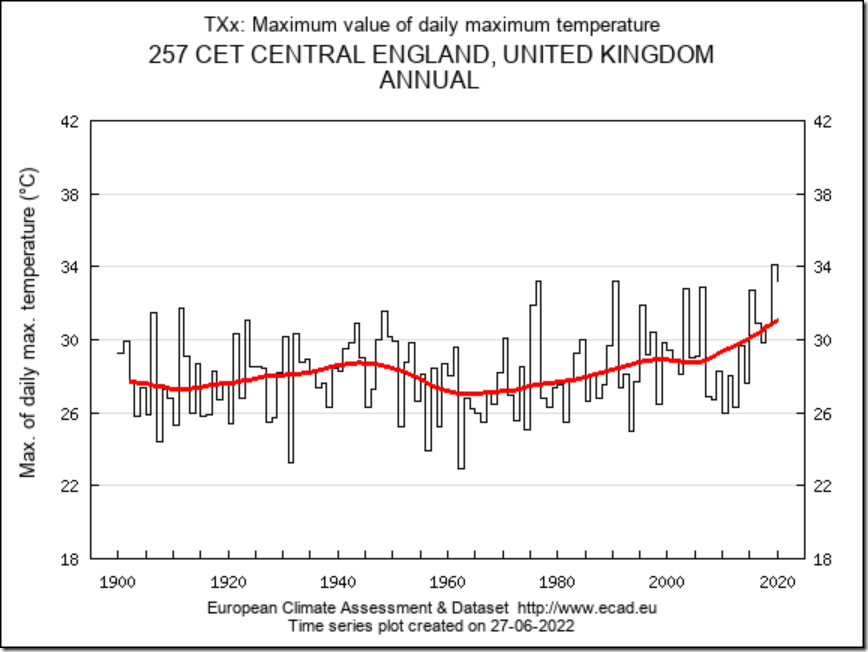 There is always a chance of another outlier in future years, which may push the record up towards 35C. But to pretend that 40C heatwaves will become the norm is irresponsible, dishonest and disreputable.

Such claims have nothing to do with science, and are only designed for propaganda purposes. Hence the long winded lecture at the end of the video telling us we must all cut our emissions or else.

We might, of course, have a little bit more confidence in the Met Office predictions, if climate scientists had not assured us years ago that we would all be enjoying Mediterranean summers by now! 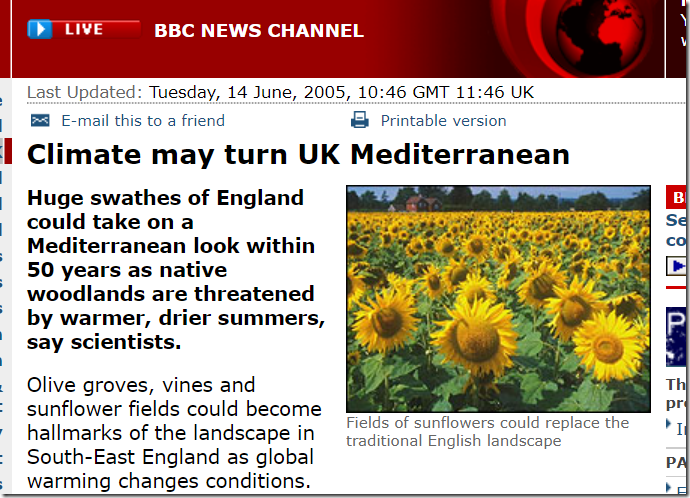 The inconvenient reality is that summers are still no hotter than in 1976, and even the boiler of 2018 was barely hotter than 1995: 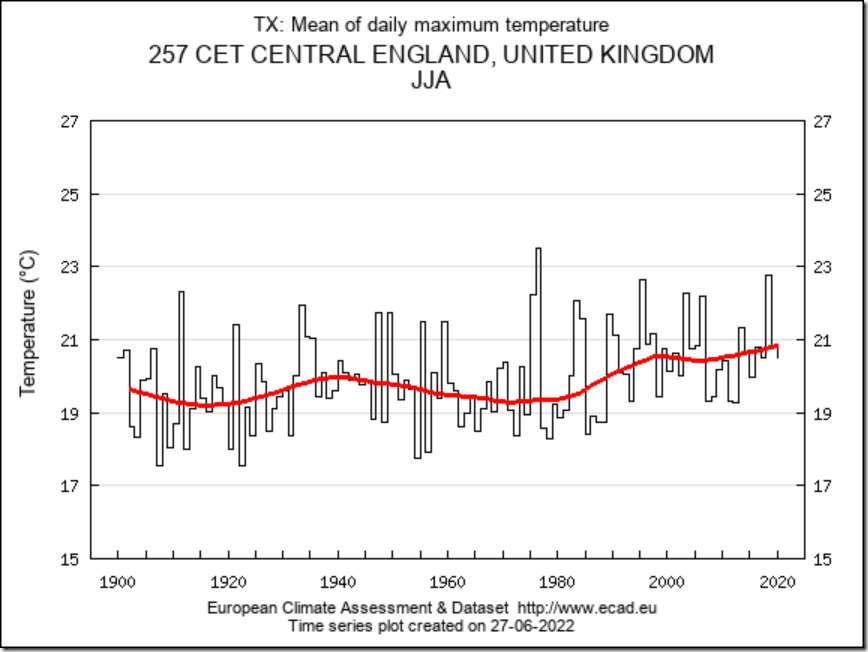