The May mean temperatures for Finland and Sweden are now available from the Japan Meteorological Agency (JMA). Today we plot the stations for which the JMA has adequate data.

First we look at Finland. Contrary to belief, late spring hasn’t warmed in at these stations over the past two decades: 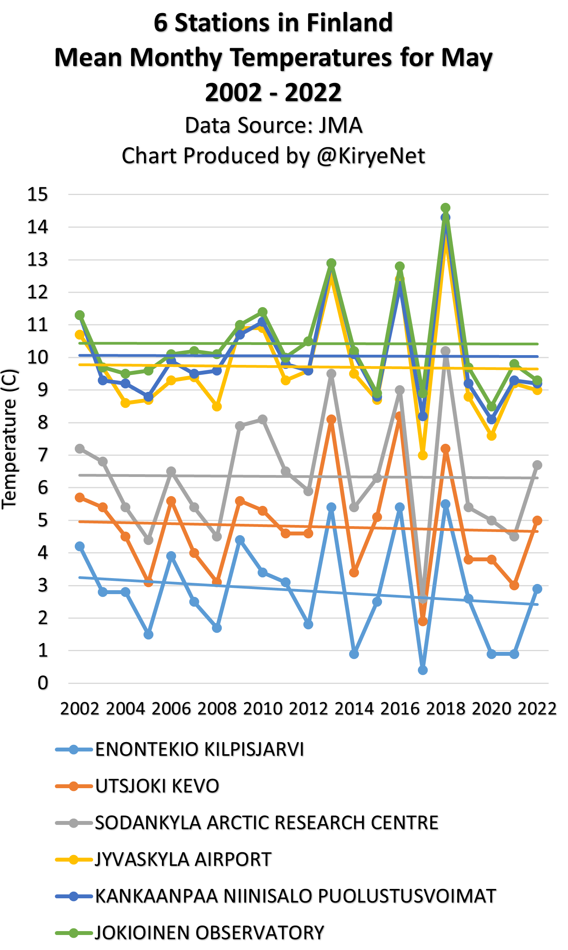 Not a single of the six stations has seen warming in May since 2002. The alarmists scream one horror story, but the data tell us another. Wo should we listen to? Emotionally hysterical hotheads, or untampered measurements?

The same is true in Sweden, where we also look at the stations for which the JMA has enough data. Although the data for 2014 are missing for the 6 stations, we still can get a very good overall idea as to what’s going on: 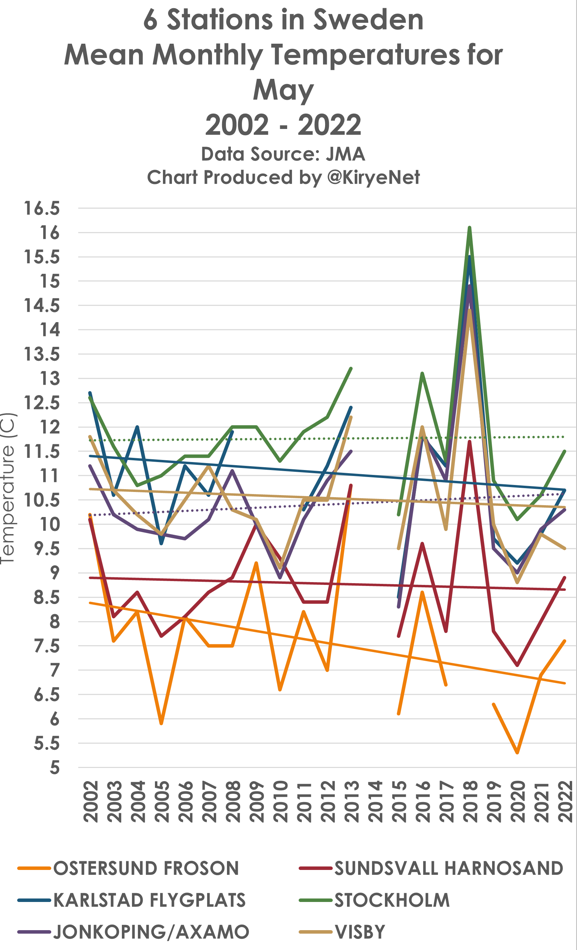 Only 2 Swedish stations have seen warming, and that only modest.

Nothing significant has been happening. This is not what a crisis looks like. The same is true globally. The planet has cooled since the 2015/16 El Nino. It’s time for policymakers to ignore the climate hysteria and to focus on and undo the real energy problems they’ve created themselves.