The model generated fantasy murder heatwave that the media confused as science and reality.

On July 9th, I posted the following chart, from Kachelmannwetter on Facebook. At the time, the US GFS model was showing Düsseldorf would reach a whopping 44°C  (111°F) on July 18, and see an overnight low of a scorching 28°C On July 19th. 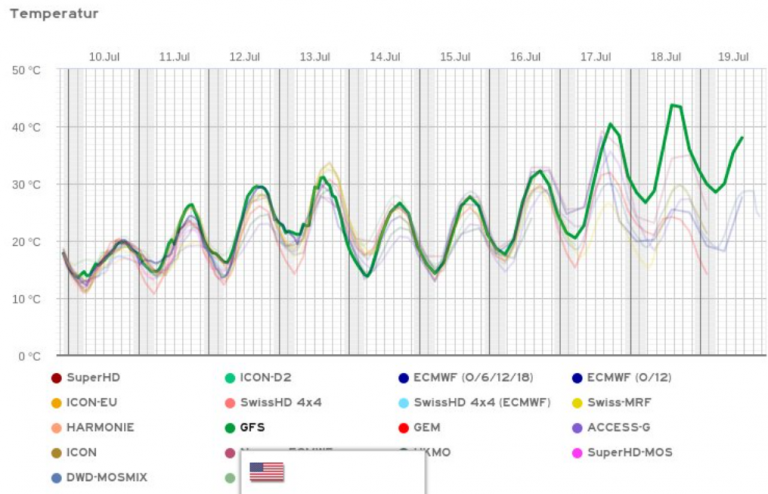 That temperature of course would smash Germany’s all-time record high of 41.2°C to smithereens, if it ever happened. Yet, anyone with any sense understands that model forecasts 10 days out just can’t be taken seriously and that it would certainly soon get adjusted downward back to reality. That is, except the media.

Over the past weekend my mobile phone was lit up by a stream of push messages warning of the coming unprecedented scorching record heat of the likes we’ve never seen before. Climate alarmists were already practicing their lines.

Temperatures in the mid 40s?

For example, Germany’s daswetter.com reported two days ago on one GFS run here showing temperatures reaching the mid 40s C across much of Europe, warning of “murder heat”: 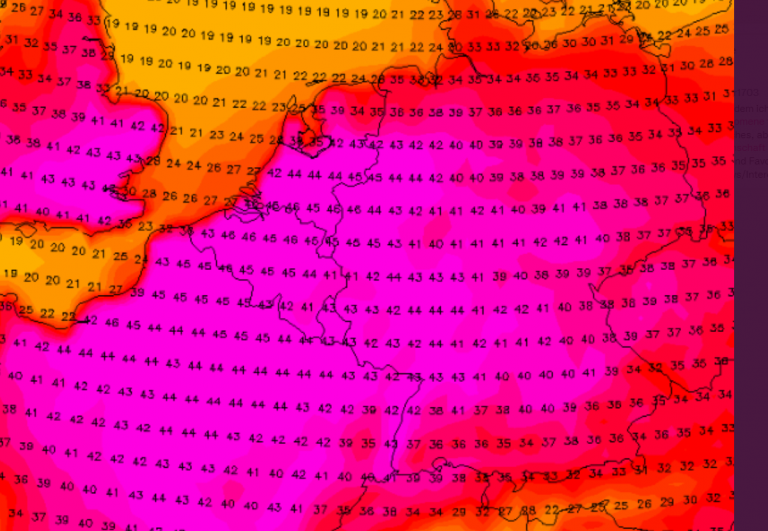 Europeans would drop like flies, by the tens of thousands! Climate crisis!

“Several weather models predict 40 degrees and more next weekend. The heat summer will reach Germany with full force,” blared daswetter.com. “If you don’t have a fan yet, you should get one quickly. The devices will soon become scarce.”

Reality: “Murder heat” to last a whole half a day

Today, 2 days later, the GFS of course has since corrected its computer generated fantasy forecast. Now it shows the following for July 18th: 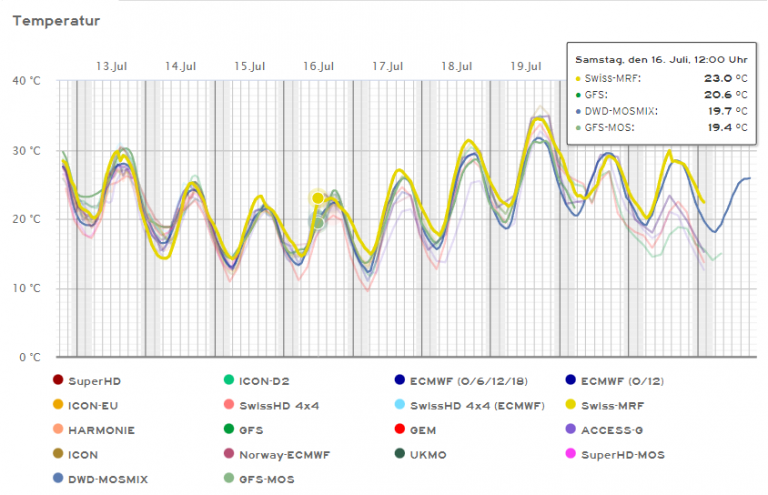 The latest GFS forecast July 18 high for Düsseldorf stands at about 30°C – a whopping 14°C correction.

That “murder heat wave” has been pushed off to July 19, and will persist a whole 12 hours! After that, the poor citizens of Germany will have to struggle with sizzling temps of 25°C (20°C in Hamburg) – just brutal.