THE great American journalist Henry Mencken once defined puritanism as “the haunting fear that somewhere, someone might be happy”.

His words are a perfect description of the nanny state zealots of modern Britain who can’t see a ray of sunshine without reaching for the panic button and the health emergency manual. 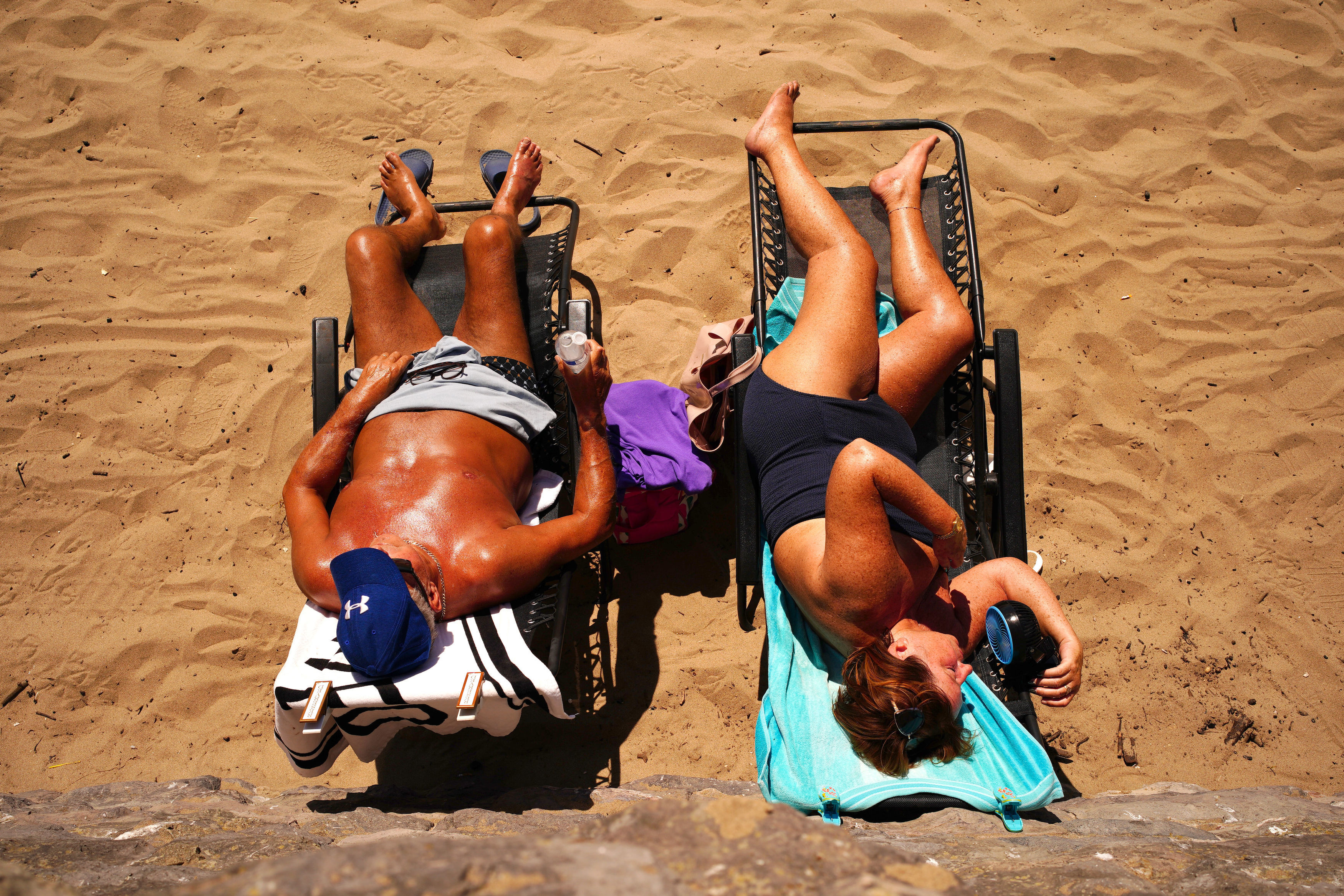 For most people, blue skies and rising temperatures are something to be welcomed, given our damp climate.

But for officialdom, they are an opportunity for more finger-wagging and scaremongering.

The risk assessment has replaced traditional common sense, just as the public health lecture had undermined the ability to have fun.

Instead of basking in the sun, we are encouraged to wallow in anxiety.

Guidance from the UK Health Security Agency, the quango that replaced Public Health England, urges us to “avoid being out in the sun during the hottest part of the day”.

If you must make the hazardous journey outdoors, “take everything you will need with you, such as a bottle of water, sun cream and a hat”.

Bet you hadn’t thought of any of that.

In more no s**t Sherlock advice it warns you should “walk in the shade and wear lightweight, loose-fitting, light-coloured cotton clothes”, while your hat should be “wide-brimmed, to reduce exposure to the face, eyes, head and neck”.

We are further instructed “to avoid extreme physical exertion”, so that’s a no to any imitations of Love Island on the beach or in the bedroom.

Alcohol, tea and coffee are also to be avoided in this crisis.

“We’re all doomed” was the cry of Private James Frazer in Dad’s Army and the same bleak spirit infuses official advice.

“Even during a relatively cool summer, one in five homes is likely to overheat,” says the Agency.

Some of the instructions are so absurd that they seem to have been designed for congenital idiots.

“Take a break from the heat by moving to a cooler room,” says another.

Well blow me down with an industrial fan.

It is amazing that we ever won a World War or built the largest empire the planet has ever seen, much of its territory in far hotter climes than anything currently being experienced in Britain.

The bureaucrats are determined to treat us like children, where anything enjoyable is treated as a threat.

So, when it comes to swimming, the Agency declares, “Always wear a buoyancy aid or life jacket for activities on the water” and, “Only enter the water in areas with adequate supervision and rescue cover”

An atmosphere of terror is being wilfully created.

News outlets sternly report that Cobra meetings have been called in Whitehall to discuss whether a National Heatwave Emergency should be declared.

Speed restrictions have been imposed on parts of the rail network and some local authorities warn that bins will not be emptied in the heat.

In my own county of Kent, the director of public health, Dr Anjan Ghosh, said it is “vital people think carefully about what they need to do to protect themselves, their family and particularly vulnerable people from the heat”.

The mood of bureaucratic hysteria is partly a legacy of Covid, when the state became used to controlling our lives in the name of public safety.

Having been given enormous powers and funding during the pandemic, the agencies are keen to flex their muscles once more.

There is also the usual mission creep that occurs in all over-powerful bureaucracies.

The UK Health Security Agency was set up to deal with deadly threats, not dish out suncream and fashion advice.

But having created the sprawling apparatus of intervention, the bureaucrats relish any chance to put them into action.

That helps them justify their expensive existences.

There are also political factors at work.

The trade unions want to foment an atmosphere of grievance in the workplace, based on the image of exhausted, dehydrated staff forced to toil in the stifling heat by oppressive managers.

That way they can crank up the pressure for more home working and days off, with the ever-present threat of strikes in the background

Similarly, the fashionable modern culture of rights, reinforced by armies of human resources officers obsessed with work-life balance, promotes the belief that staff should be constantly indulged.

A colleague told me of a worker who refused to come into the office because it was “too hot”, even though it was air-conditioned.

Then there is the Green Party, which also sees the heatwave as a vehicle to push its agenda

There is no sense of proportion about all this alarmism.

Britain has had heatwaves before and they were not classified as dire emergencies.

The Great Fire of London in the 17th century was partly the result of an unusually hot summer.

There was also a real scorcher in 1911, when the sun blazed for two months and the temperature even reached 36.7C in early August.

That was not a portent of things to come, for the following summer was unusually wet.

The records of 1911 were beaten by the memorable summer of 1976, when the temperature exceeded 32C for 15 consecutive days.

But most us who experienced that golden period look back on it with fondness.

Luckily there was no official “Heatwave Plan” or UK Health Security Agency to ruin it.