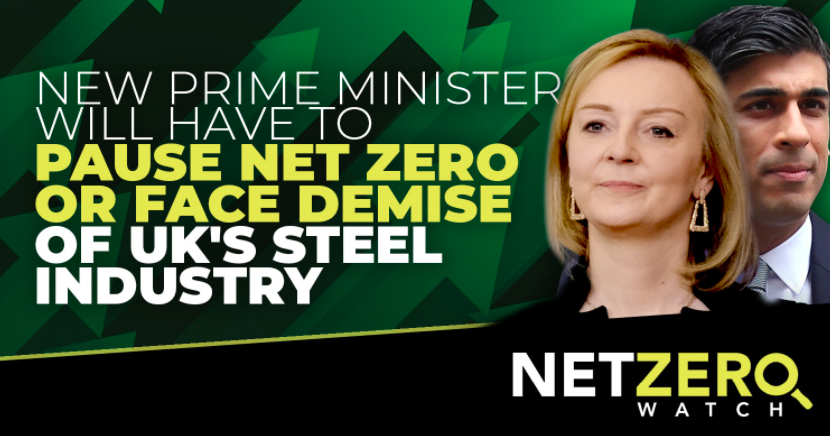 London, 22 July – With the exorbitant costs of Net Zero plans threatening Port Talbot steelworks with closure, the next Prime Minister will be faced with a stark choice: pause Net Zero plans for energy-intensive industries or preside over the end of the UK steel manufacturing.

The warning comes from the director of Net Zero Watch, Dr Benny Peiser.

Tata Group, the owner of the UK’s largest steel manufacturer, has threatened to shut down operations if the government does not agree to provide £1.5bn of subsidies to help it reduce CO2 emissions. 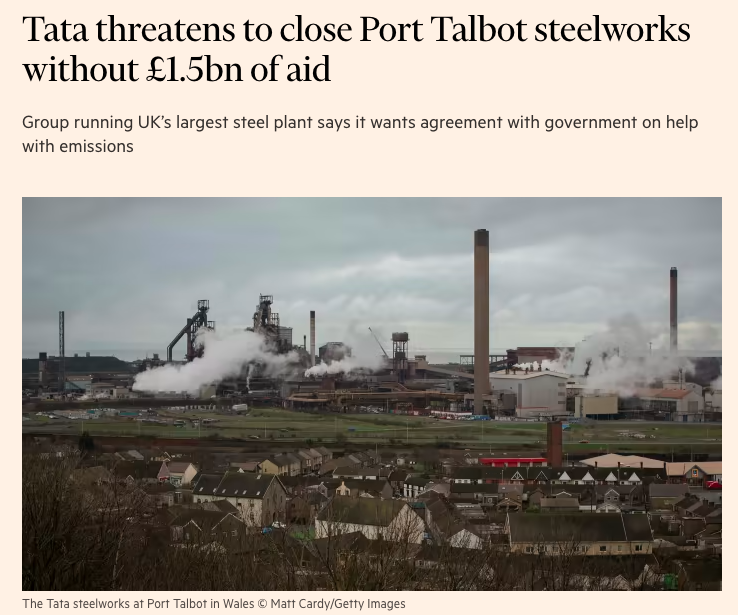 The crisis for UK steel demonstrates that the cost of Net Zero is an existential threat to British industries and manufacturing.

As an energy-intensive manufacturer of internationally traded commodities, the steel sector is particularly sensitive to the astronomical cost of decarbonisation. It is the first to acknowledge that the industry simply can’t survive Net Zero without multi-billion handouts – but it won’t be the last.

Tata Steel and the energy-intensive sector more broadly can be regarded as a canary in the coalmine, giving early warning of a more general economic and industrial disaster, as the rising costs of Net Zero trickle down to the rest of the economy.

"The new Prime Minister is unlikely to be willing to hand over subsidies on the scale demanded by Tata, not least because every other industry hit by demands for decarbonisation would insist on handouts too.

"It is becoming more evident by the day that the Climate Change Committee misled Parliament over the true cost of Net Zero. Most energy-intensive businesses in the UK won’t be able to survive the looming Net Zero cost crisis unless the new Prime Minister takes swift action.”