.
We can rest assured that ‘Net Zero’ climate dogma will never lay a glove on this globetrotting finger wagger.

NOT A LOT OF PEOPLE KNOW THAT 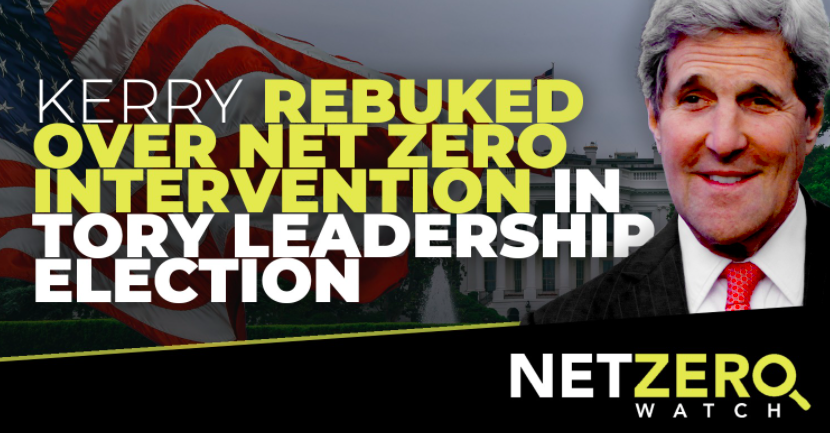 London, 25 July – John Kerry, the US Special Presidential Envoy for Climate, has been rebuked for interfering in the Conservative leadership election.
Asked by the BBC to comment on Liz Truss’s pledge to put a moratorium on the green levies on energy bills, Kerry warned the candidates not to touch the Net Zero plan.
While he claimed he did not want to interfere in the choice of the UK’s next prime minister, he said he would “pointedly and adamantly” advise against any move to water down the commitments to CO2 reductions that were confirmed at last year’s COP26 summit in Glasgow. 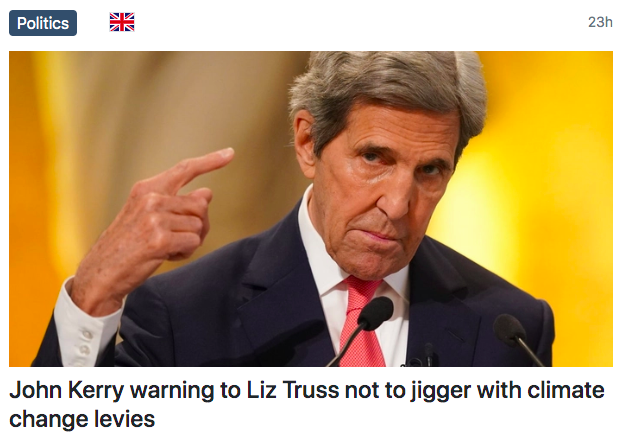