If we measure the vibrancy of an economy by its energy use, the EU peaked in 2006 and is down 10%. The UK, alas has fallen even further and faster and is down 30%.

John Constable at the GWPF has produced a damning report on Europe’s Green Experiment and remarked that there hasn’t been a fall in energy this large “since the end of the late middle ages”.

Effectively, the EU paid €770 billion to export it’s carbon emissions and jobs to China and import nearly everything else.

It takes a lot of money to destroy a good industrial base, and the EU had the cash: 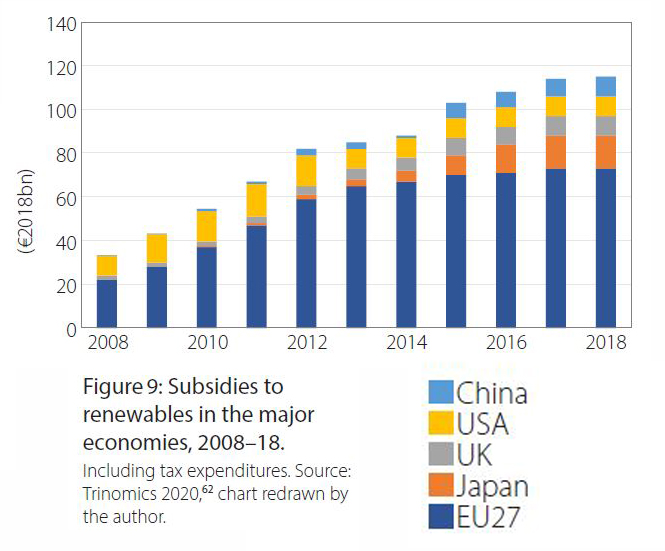 The EU’s commitment of subsidies to the renewable energy sector is nearly 70% of the total across major economies, as can be seen in Figure 9, which compares annual subsidies (including tax expenditures) in the EU27, Japan, the UK, the US, and China. Over the period covered in this figure, total subsidies to renewables, including tax expenditures, amounted to €893 billion, of which the EU was responsible for €612 billion.

As the cost of energy went up, the people of the EU started to buy things from places which could make them cheaper:

The EU’s own data shows that energy prices have been consistently above the non-EU G20 average, with household electricity prices for example being 80% higher and industrial electricity prices being 30% higher, a difference that is largely due to policy. Similar effects are found in relation to both natural gas and transport fuel prices. 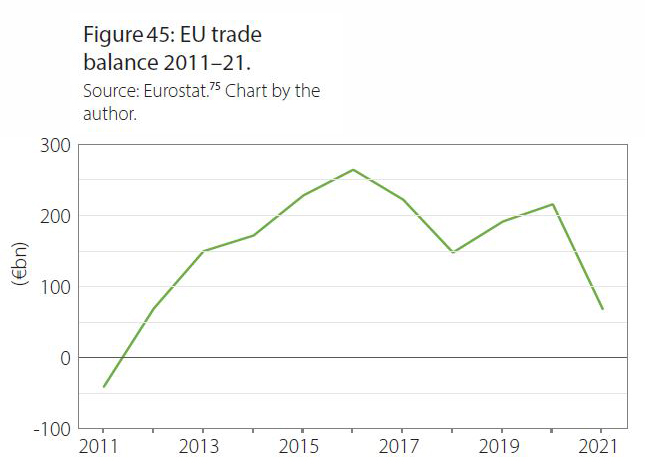 Just look at the exodus. All those subsidized jobs in solar panel production headed for China in 2009. Wow. Just wow. 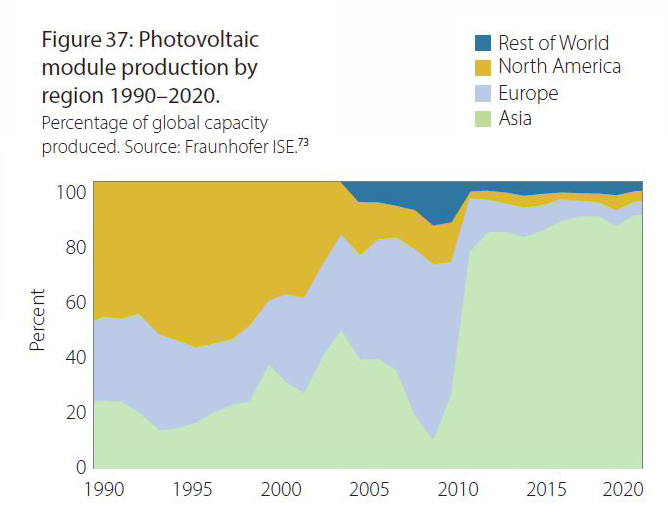 And this is just employment in the renewables sector. It’s not showing all the jobs destroyed in the EU making hairdryers, cars, fridges, and everything else… 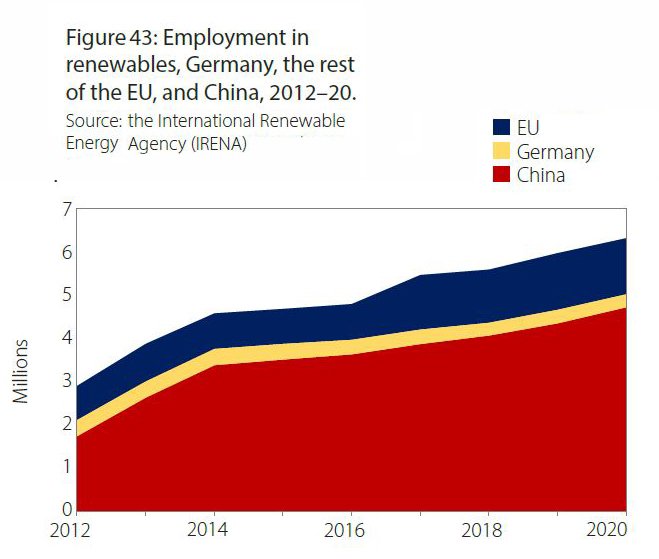 This is what Europe got for a trillion dollars

Europeans paid all that money but got less energy and made these dramatic changes to their energy sources (not).

The increase in actual power from wind and solar and biomass is marked with arrows. 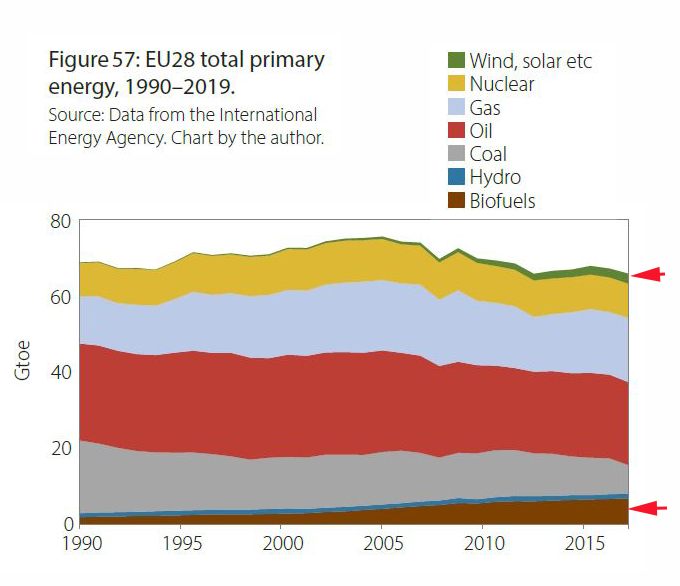 Hapless consumers in the EU paid for expensive electrons to make them feel good, while they paid people in China to build the exact same things but with more coal than they would have if they had made them themselves. 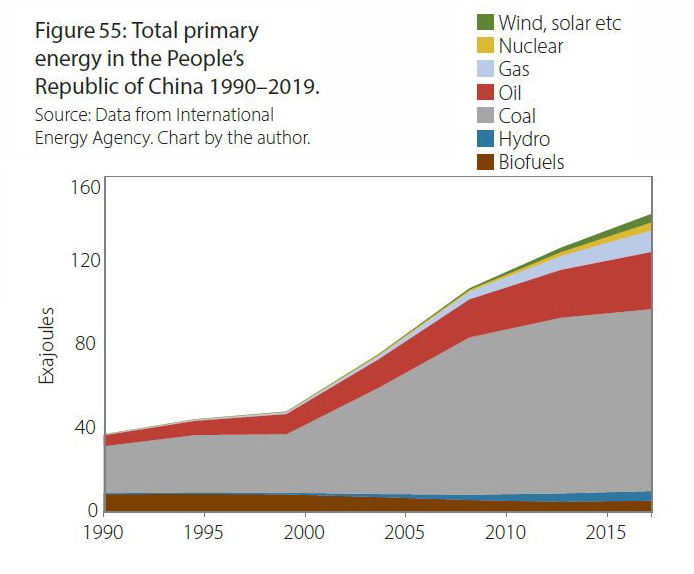