How’s that transition going then?

The IEA reports that the stranded dead asset is probably about to hit an all time record high:

Worldwide coal consumption in 2021 rebounded by 5.8% to 7 947 million tonnes (Mt), according to our data, as the global economy recovered from the initial shock of the Covid pandemic and higher natural gas prices drove a shift towards coal-fired power generation.

India becomes the second country in the world to join the billion-ton-coal-club:

India consumed 1 053 Mt of coal in 2021, a new all-time high and the largest amount consumed in a single year by any country other than China.

One country in particular, isn’t trying to reduce coal by 2030:

So how high was that 2013 peak record? Strangely, the IEA doesn’t tell us, perhaps because it was just 8,002 Mt — which they thought then was a “historic high”.  They even said that “global coal consumption will not return to its 2018 levels”. 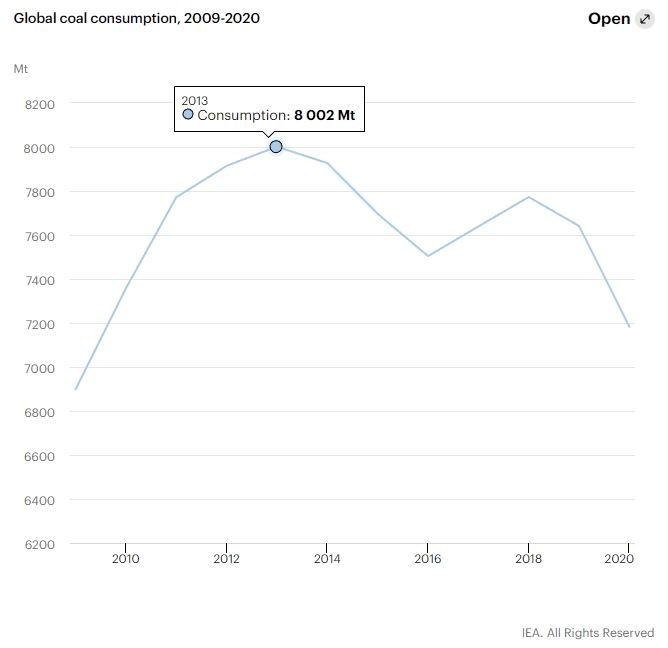