I’m rating this a full instant BINGO on the climate change propaganda card. 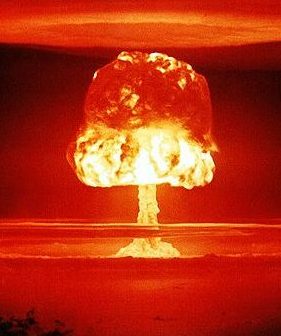 Catastrophic climate change outcomes, including human extinction, are not being taken seriously enough by scientists, a new study says.

We know if they set up a committee to find “human extinction events” they will find them.

The authors say that the consequences of more extreme warming – still on the cards if no action is taken – are “dangerously underexplored”. They argue that the world needs to start preparing for the possibility of what they term the “climate endgame”.

According to this new analysis, the closest attempts to directly understand or address how climate change could lead to global catastrophe have come from popular science books such as The Uninhabitable Earth and not from mainstream science research.

Essentially they are telling us we need to panic because there are no scientific papers telling us to panic. See how this works? Peer reviewed science is the only thing that counts except when it doesn’t.  They’ve done a peer reviewed study on the lack of peer reviewed studies. Whatever you do, worry a lot, call it science, and send us your money.

Feeling cheeky, I could point out here that people have also written pop science books about how climate models are skillless monstrosities — and maybe we should study that first? You know “More studies needed on how climate models threaten Western Civilization, help totalitarians, waste billions and contribute to wars?”

But that would defeat the purpose, which is to help some bureaucrats get more funding. Wait for the call:

To properly assess all these risks, the authors are calling on the Intergovernmental Panel on Climate Change to carry out a special report on catastrophic climate change.

The threat may or may not exist, that’s irrelevant. It’s all a public relations quest:

Focussing on the worst-case scenarios could also help inform the public – and might actually make the outcomes less likely.

“Understanding these plausible but grim scenarios is something that could galvanise both political and civil opinion,” said Dr Kemp.

“We saw this when it came to the identification of the idea of a nuclear winter that helped compel a lot of the public efforts as well as the disarmament movement throughout the 1970s and ’80s.”

The study, such as it claims to be, has been published in the Proceedings of the National Academy of Sciences.