The new AIMS annual survey is in with the shocking result that not only was last year a record, but this year is even better. There is more coral cover on the Great Barrier Reef than ever recorded. We’ve had four bleaching events in the last seven years, and record hottest ever heat, the highest CO2 levels recorded since we invented ways to record CO2, and yet, despite all that, the reef is thriving. 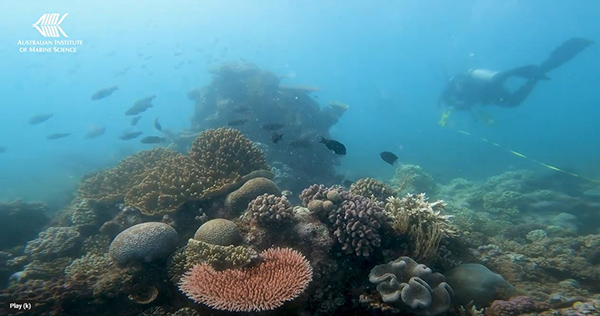 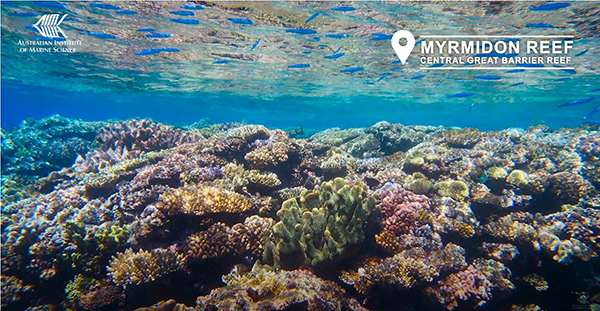 In 36 years of measuring coral cover on the reef, it’s never been better.

The Great Barrier Reef has set a new record for hard coral cover over two-thirds of its 2300km length, results of the Australian Institute of Marine Science official long-term monitoring program show.

AIMS program leader Mike Emslie said the results were “good news” and showed that the Reef had “dodged a bullet” in bleaching this year.

“But the fact we have had four bleaching events in seven years is a major concern and highlights the impact of climate change here and now,” he said. “We are in uncharted territory and still trying to understand what this means.” 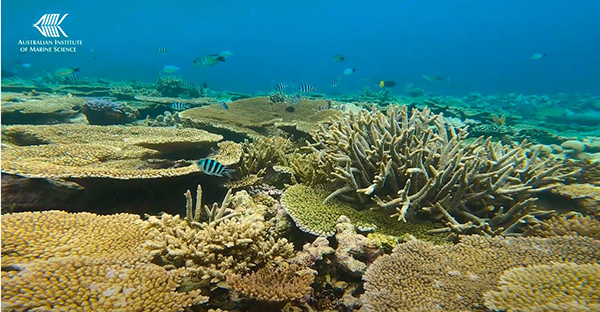 Peter Ridd, of course, fearlessly speaks the truth and says the bleeding obvious — that we should have “a national celebration”:

“This brilliant result is proof that many science institutions have been misleading the public about the state of the Reef,” he said.

Bleaching happened in 2016, 2017, 2020 and 2022. The World Heritage Committee is still deciding if it should be listed as officially  endangered. Possibly we should worry that rampant coral growth might deprive us of bare ocean spaces in between.

Peter Ridd congratulates AIMS on it’s data collection, and they really do look like they are doing a good job. They monitor 87 reefs, do 3,888 mantra ray tows (as the technique is called) which covers 881 kilometers of reef. They tow people along behind a boat over the same reefs each year and record the amount of hard coral cover. As long as the technique appears so comprehensive and honest, it appears to be public money, well spent.

The worst recent bleaching was in the northern Great Barrier Reef, yet this section has the most spectacular recovery. 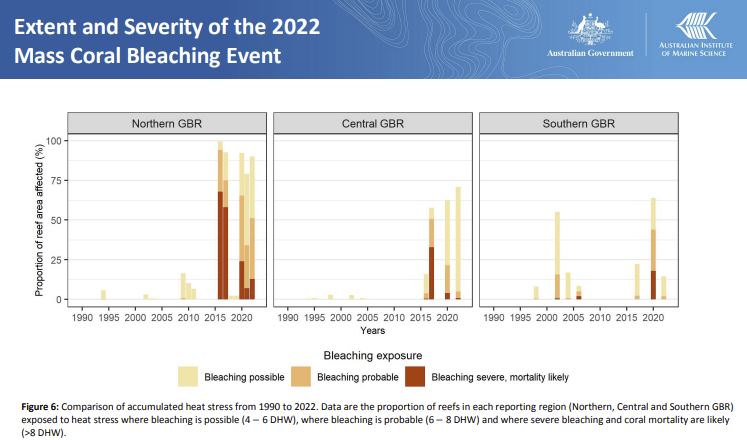 Yet defying all the odds, the Northern Reef has recovered so well. 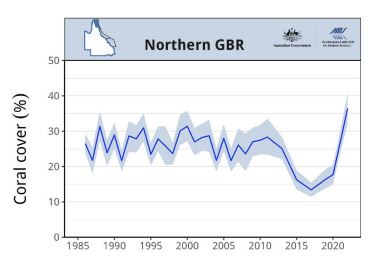 And which marine biologists predicted this kind of recovery? How well do we understand coral growth if we cannot explain why these natural cycles appear to dominate and describe which factors are driving it? 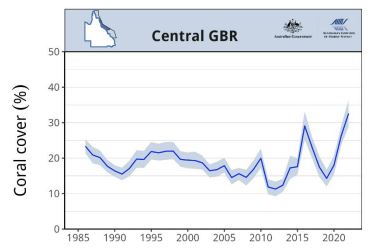 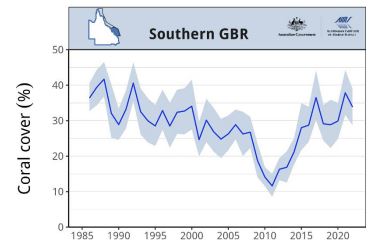 Coral reef cover is not “everything” and as the AIMS spokeswoman suggests, diversity matters too. We know some kinds of corals (like Acropora corals) can rapidly replace the spaces left vacant by the death of others. Perhaps this is a problem, or maybe this is just the way it has always been. But we do know that  corals already have the genes to survive another 250 years of climate change, that they can use epigenetic tricks to adapt to warmer and “more acidic” water and that the Great Barrier Reef has 112 protected tough spots that survive and replenish the rest after the bleaching. After millions of years of asteroids, volcanoes, wild temperature changes and dramatic shifts in atmospheric gases, we ought be shocked if corals did not have a full toolkit to cope with rapid changes. We know one vulnerable coral type adapted to ocean acidification in just 6 months, and that fish prefer to live in tanks which also have large daily CO2 swings in carbon dioxide.

We know that corals bleached all the way back in 1862, and probably have for millions of years.

This study is an absolute blockbuster in terms of busting the myth that corals are on the verge of extinction. Spread the word.