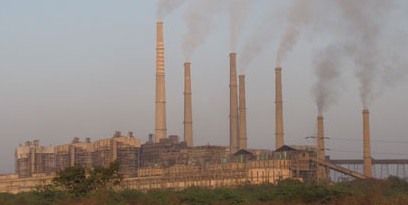 We concentrate on energy and emissions data in China for obvious reasons – it is such a big country. We consequently tend to ignore the rest of Asia. So let’s take a closer look at India. 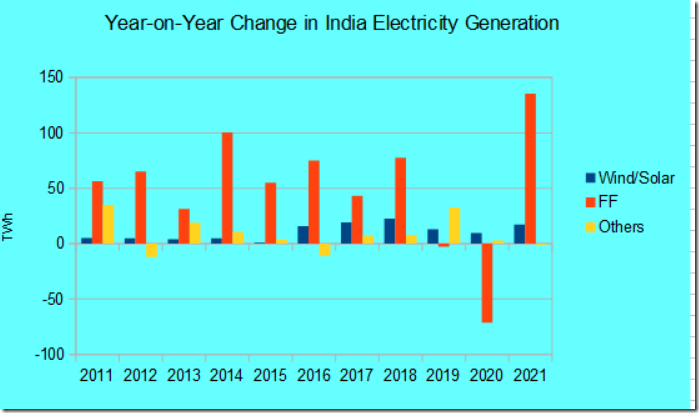 Over the last decade,  electricity generation from fossil fuel plants has increased by 73%, and still accounts for 78% of total electricity.

In unit terms, fossil fuel power has increased by 566 TWh since 2010, while wind and solar have risen by only 117 TWh. And as the second chart shows, the annual rate of addition of renewables is if anything slowing, not accelerating.

In other words, new wind and solar capacity is only enough to meet a quarter of new demand.

There appears to be little sign of any of this changing in the foreseeable future.