These turbulent times have been coming for fifty years. The rise of the technocrats, the tech giants, the billionaires, crime, wokery, inflation, climate witchcraft, big pharma, the rampant and deadly corruption — is all made possible by one thing.

The rot started with the corrupted currency, and now infects every corner of the world — corrupting not just markets but minds. When our medium of exchange is undisciplined, everything else follows. Fake IOU’s built from thin air devalue the incentives that drive people to make things better, faster, and stronger. It punishes the savers, and feeds speculative greed. The reckless and corrupt surf the easy money wave. And the world’s reserve currency, the US dollar, has been corroding for decades.  The free ride on easy borrowed money has fed the corrupt oligarchs, the hedge fund takeovers, the super multinational conglomerates, the tech giants, and the wars. It is as it always has been.

This is what BlackRock came from, and Gates, Zuckerberg, Dorsey, and the WEF. All of them rode the wave of easy money and easy loans. Through predatory purchases on credit, they were able to buy out competitors or grind them down. What’s left are mega-glomerates of media, pharmaceuticals, and a sea of influence so vast that BlackRock commands more money than the GDP of every country bar China and the US, and Bill and Melinda Gates are the second largest “nation” funding the World Health Organization.

This is a graph of the US “money base” — the supply of US dollars created by the US Federal Reserve since 1960. Those base dollars are then amplified by the commercial banking system, by a factor of ten or twenty. We could label the left axis “The Global Crazy Index” and it would look just the same:

The galactic bubbles in wokery, inflation, crime, and corruption need money to levitate above reality, so it’s no surprise that the more free money, not connected to any real base, the more crazy the world gets. Government only got so big because it is paid for partly by new money created out of thin air. If western governments could only spend money they raised through taxation, we wouldn’t have such a welfare state or as many bureaucrats. The current everything-bubble started in 1982, after the previous inflation was wrung out of the US economy. Everyone under 60 has lived their entire adult lives in the fairy-land-of-plenty borrowed from the future. But all bubbles come to an end.

WTF Happened In 1971? is a comprehensive page on strange long term trend shifts of the last century

Many of these graphs don’t include the last year, so things are worse than they look in the rear view mirror…

The is the fall of Rome type stuff.

The USA was so much wealthier until the end of the 1950s. Then its gold was frittered away, as other counties asked for gold in return for the US dollars they had earned. By the late 1960s, nations led by France realized the price of gold was artificially low and called the bluff, asking for delivery of the gold instead of the dollar, and at that point the game was up. It all came to an end in 1971, when the supply of gold in the US was running too low. Convertibility to gold was suspended by President Nixon, and the world was then on a purely paper currency. Starting in 1971, the US dollar — and every other government currency — was no longer backed by anything (except implied promises to tax its citizens for more US dollars). With the constraint of convertibility to gold gone, the printers at the US Federal Reserve were free to unleash more paper dollars. Free money — printed in paper and then in digits in bank accounts began to blink into existence, and so did inflation. 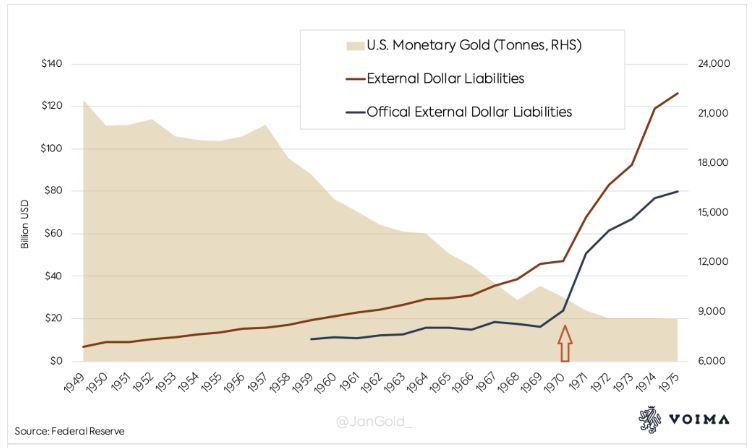 US Gold holdings. The wealth of a nation.

Dollars are just another commodity, where supply and demand matter 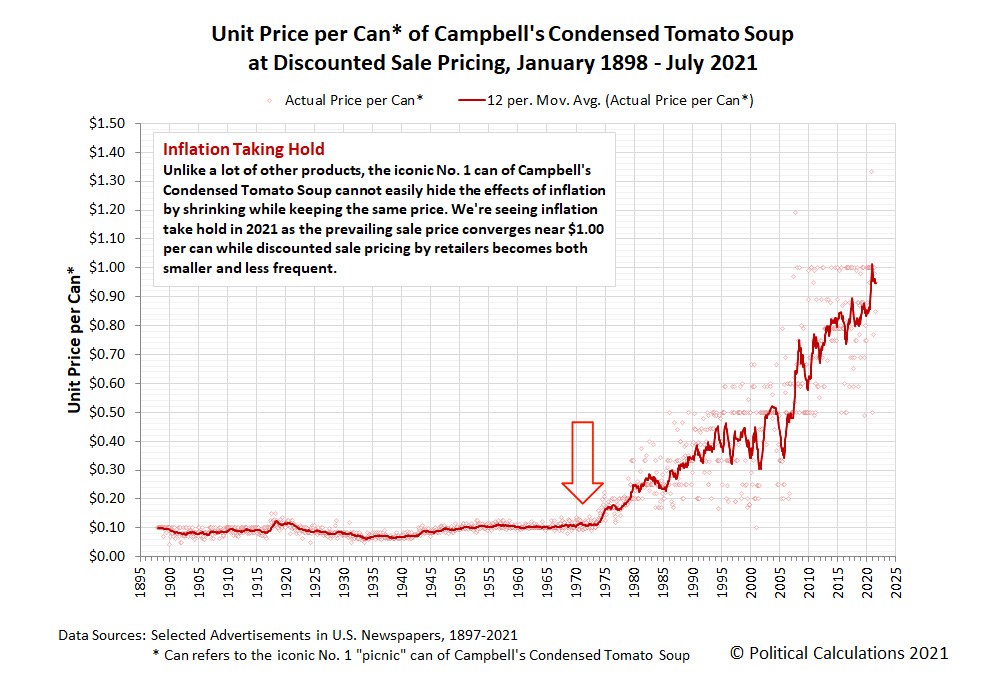 Inflation as measured by Campbells Soup.

To put things in proportion — this is the American Century. This is also a graph made in Feb 2020. 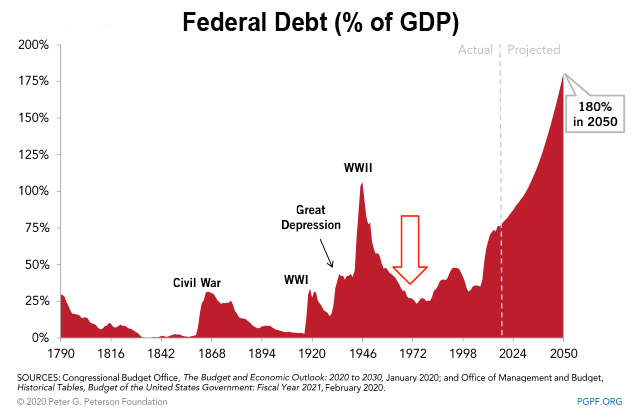 Federal Debt as a percentage of GDP

There was still inflation on the Gold Standard, but nothing like what followed: 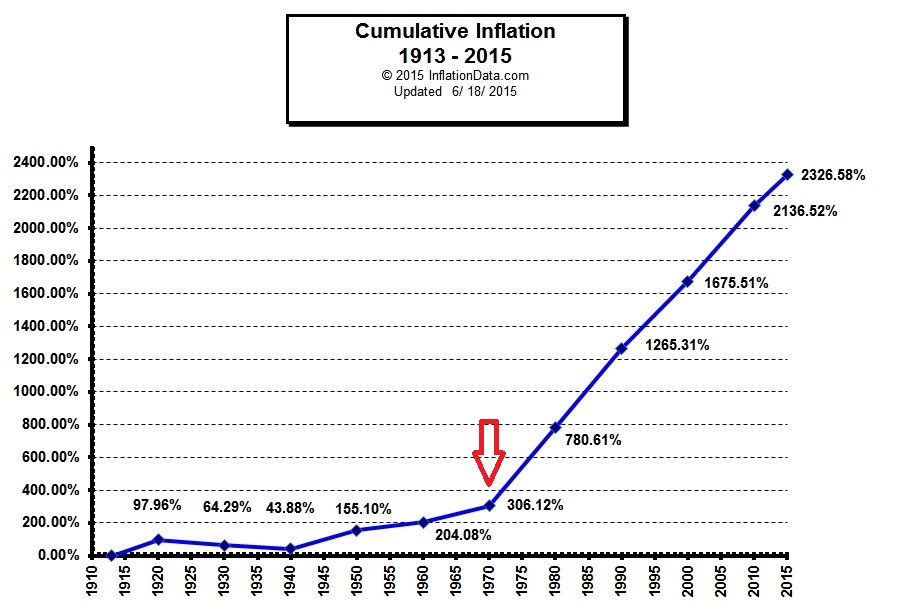 Income inequality is created by fake money as some people gain faster access to “free money” while others have to earn it at yesterday’s hourly wage rate. The social pain that arises from extreme income inequality is a direct consequence of Reserve Bank policies. 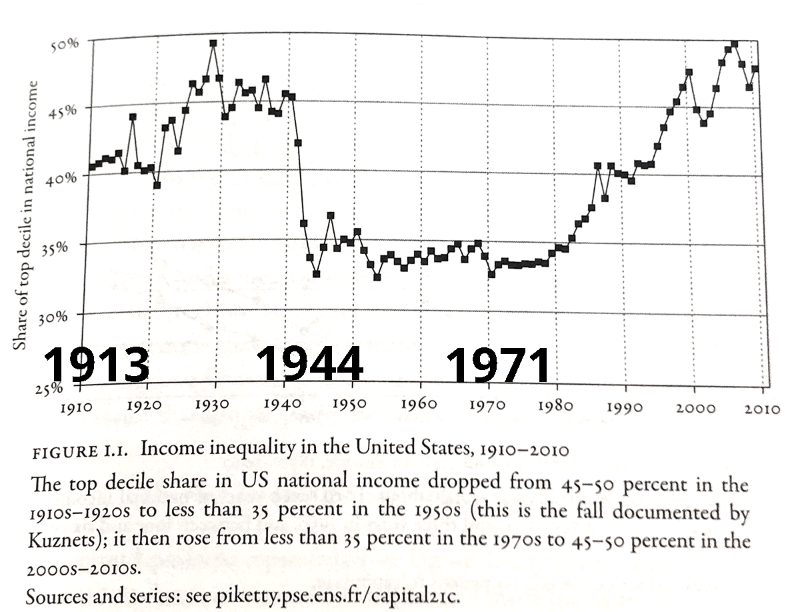 The criminals followed the money: 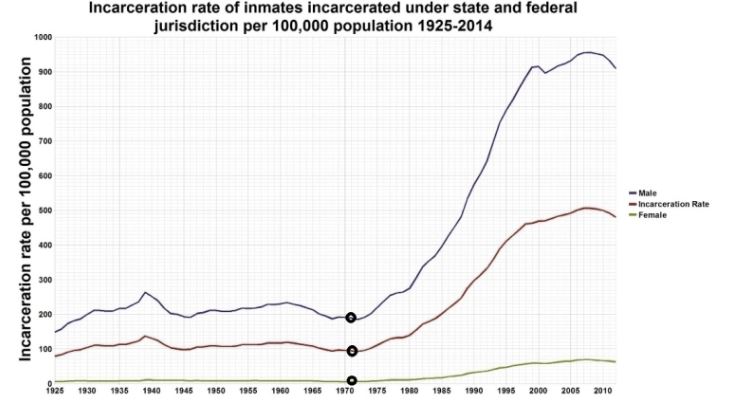 Lo and verily the lawyers did too: 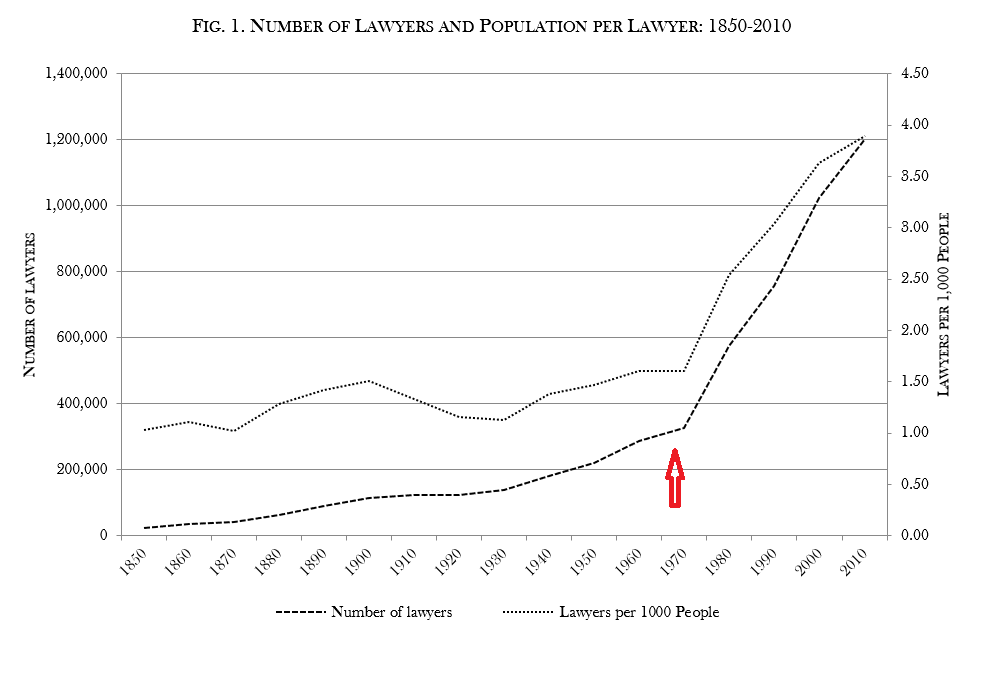 There is no free lunch. Printing fiat dollars didn’t print more houses, but it did make housing less affordable — as real productivity ground to a halt, and cushy luxuries and inefficiencies bled through the system. It now takes a much larger slice of household income to buy a house. Houses are bigger, true, but blocks are smaller, and now it takes two incomes and years longer to pay it off. 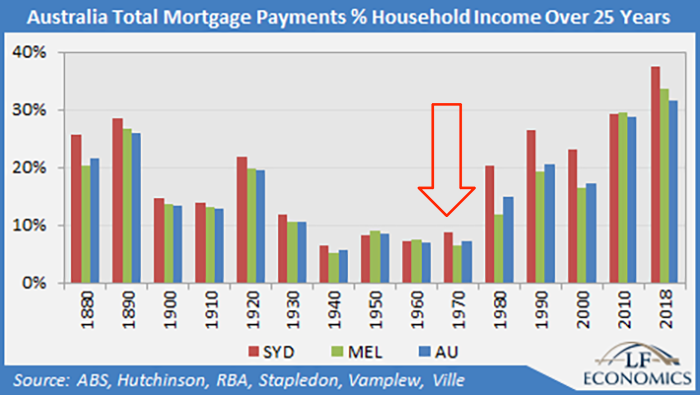 Those kids still at home? When housing and cost of living becomes unaffordable, where else are they going to go?

So much of the way we live our lives depends on the luck or lack thereof, of which year your life starts in the boom and bust cycle: 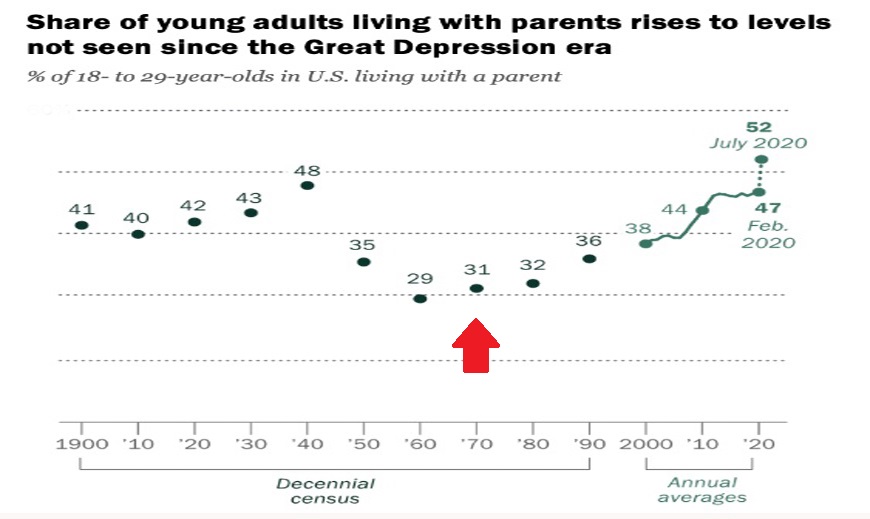 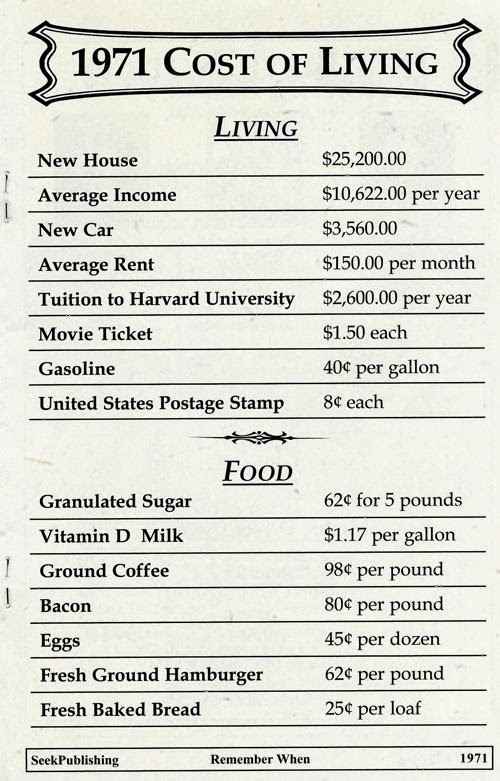 The power of single men like Larry Fink to control national energy policy with the bizarre aim of changing the weather could only happen in fantasy booms created by bubbles.

The question is not whether the bubble will collapse, but how much it will take with it in the process.

See all the graphs at https://ift.tt/3yF5ZhJ
h/t Scott of the Pacific