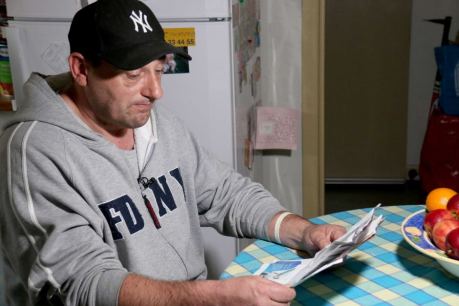 Claims that wind and solar are cheap, simply don’t add up. Glaring examples such as Germany, Denmark and South Australia tell the tale.

Like night follows day, add heavily subsidised and chaotically intermittent wind and solar to your grid, and power prices are bound to spiral out of control.

California led America in the race to wreck its power grid with chaotically intermittent wind and solar. As a result, power prices are rocketing, with Californians paying the highest rates in the US, by a country mile. But, as the subsidised wind and solar cancer spreads across the United States, consumers are starting to understand the truly crippling cost of their ‘inevitable’ wind and solar transition.

As John Hinderaker points out below, with millions of Americans faced with power bills that they simply cannot pay, something has to give.

Tens of millions of Americans face the prospect of having their electricity shut off, as they are unable to pay the skyrocketing cost of power.  The New York Post reports:

More than 20 million households face a “tsunami of shutoffs” after falling behind on their utility bills as the price for electricity skyrockets because of decades-high inflation, experts predict.

Of course prices of just about everything are rising, but electricity is going up at an especially rapid rate:

The most recent consumer price index report shows that electricity inflation rose by 15.2% in July compared to the same period a year ago.

The cost of electricity rose month-over-month by 1.9% in July.

This price increase is not just due to a generalized inflation, nor is it explained by the rising cost of natural gas. Rather, it is driven by the many billions of dollars we are spending on wind turbines, solar panels, transmission lines and backup natural gas generation. These massive investments have done nothing to increase our already-adequate power generating capacity. Rather, they represent a dead loss that is reflected in skyrocketing electricity prices.

The result is that many millions will be unable to pay their power bills:

Since the pre-pandemic era, the amount owed to utility companies has doubled for approximately one out of every six homes nationwide, according to Bloomberg News.

State governments had imposed moratoriums on utility shutoffs as tens of millions of Americans lost their jobs at the onset of the coronavirus pandemic.

But those moratoriums have ended, at least for now. The result? The government has massively subsidized “green” energy, but even with those subsidies it is still too expensive for many to afford. So maybe many millions of Americans will have their power cut off. Or, more likely, both national and state governments will double down by subsidizing consumers’ electricity bills. Thus the “green” disaster rolls on.
Powerline