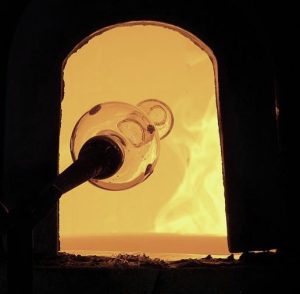 Spare a thought for glassmakers and tilers in Europe who can’t run on solar and wind powered furnaces.

There are companies that started business in the 1800s and survived two world wars but may not last the coming winter. It’s all changing so fast, they lament. With energy costs rising three to sixfold, the highest energy industries are folding. The first casualties were fertilizer, aluminium and zinc, and now in the second wave, the glass makers and tilers are coming undone, and with them, whole towns that support them will unravel too:

Half of Europe’s aluminum and zinc production has been taken offline, according to Eurometaux, Europe’s metals trade association.

Eschenbach Porcelain survived Germany’s transition from communism to capitalism after 1989. But when its energy contracts run out at the end of this year, the company will face annual energy bills of €5.5 million, or roughly six times what it is paying now, said Rolf Frowein, its director.

The numbers are just astounding:

The whirlwind has unnerved the inhabitants of Arques, a town whose fortunes have been tied to glassmaking for more than a century. The modern-day Arc was founded in 1825 as the Verrerie Cristallerie d’Arques, then a small local maker of fine crystal goblets.

The site, which consumes as much energy as 200,000 homes, makes “arts de table,” including Luminarc dinner plates and Cristal d’Arques-branded table and barware. All told, Arc produces four million glasses a day…

Doing so requires intense heat to melt sand into glass in furnaces that must stay lit 24 hours a day. In summer, Europe’s power crunch propelled Arc’s energy bill to $75 million, from 19 million euros a year ago.

Even more daunting was the prospect of idling Arcs furnaces. “You can’t just shut down a glass furnace — it would destroy it,” Mr. Hodler said. “If they are powered down gently, they will survive, but then they take more than one month to be reheated.”