The increasing loss of ozone (O3) from 3o°N – 30°S has steadily accelerated since the early 1980s despite the 1987 Montreal Protocol’s ban on so-called “ozone depleting substances” like chlorofluorocarbons (CFCs). Once again this suggests human activity does not drive ozone losses.

Twenty years after the Montreal Protocol agreement limiting or banning CFC use scientists reported an order-of-magnitude-sized error in molecular chemistry measurements that threatened to severely undermine the commonly accepted anthropogenic explanation for how ozone depletion occurs.

With the new measured evidence, a leading ozone researcher proclaimed the scientific “understanding of chloride chemistry has really been blown apart,” as “we can basically no longer say we understand how ozone holes come into being.” 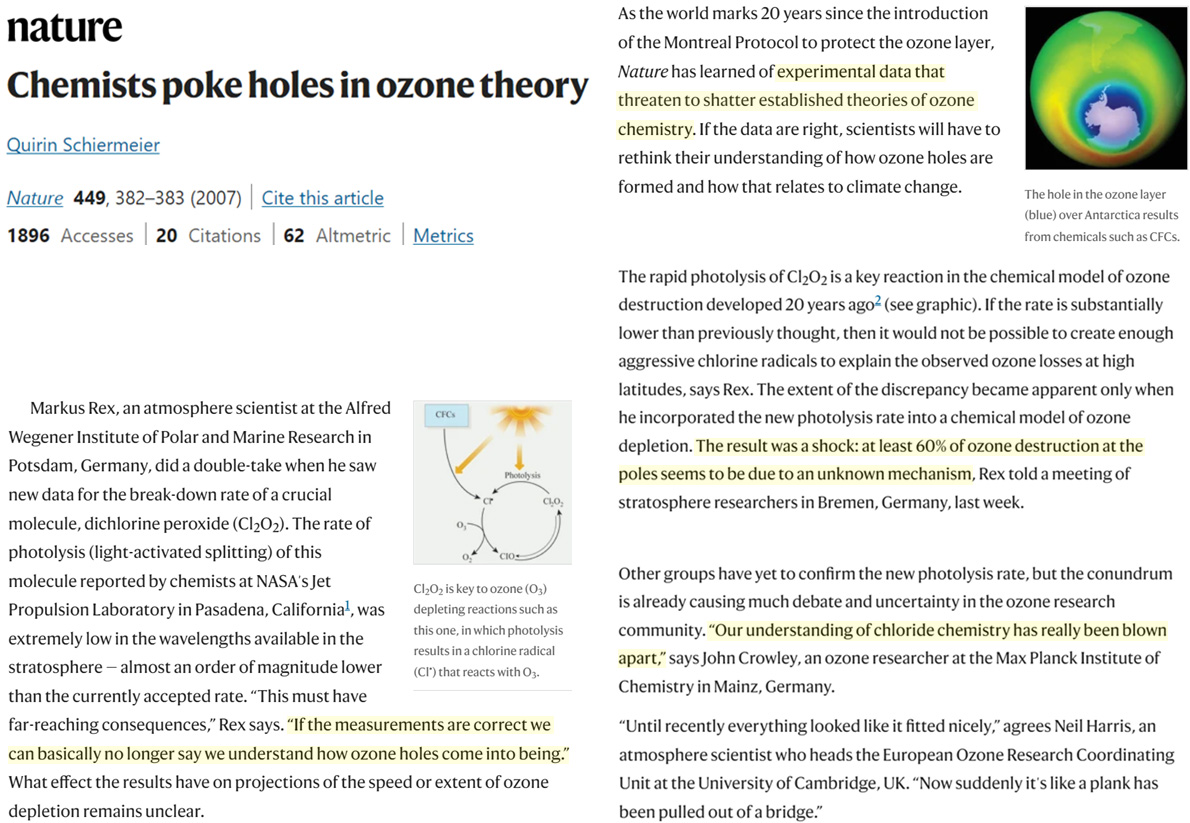 But then, in the ensuing years after the measurement error had been exposed, there was . . . silence. The discovery of a molecular rate change “substantially [ten times] lower than previously thought” was not brought to the public’s attention again. Ostensibly due to a reluctance to admit they may be wrong, scientists just seemed to . . . move on.

Its size has continued widening after the 1987 governmental agreement to severely limit CFC use, which again seems to contradict claims that we humans can control O3 levels with our emissions. 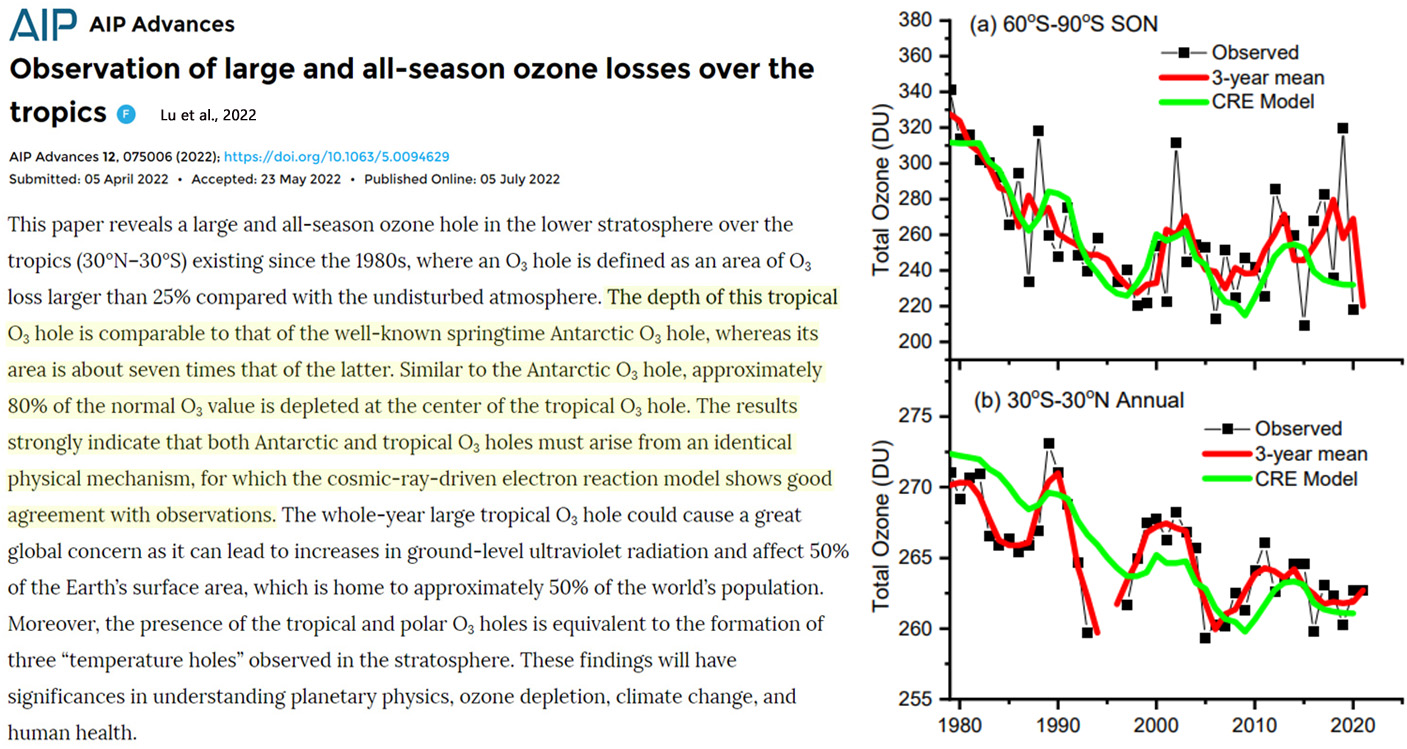 The ozone hole narrative and the presumption that governmental policies are what determine how small or large the hole gets would appear to be analogous to the current climate debate and its connection to the governmental push to dramatically limit CO2 emissions.