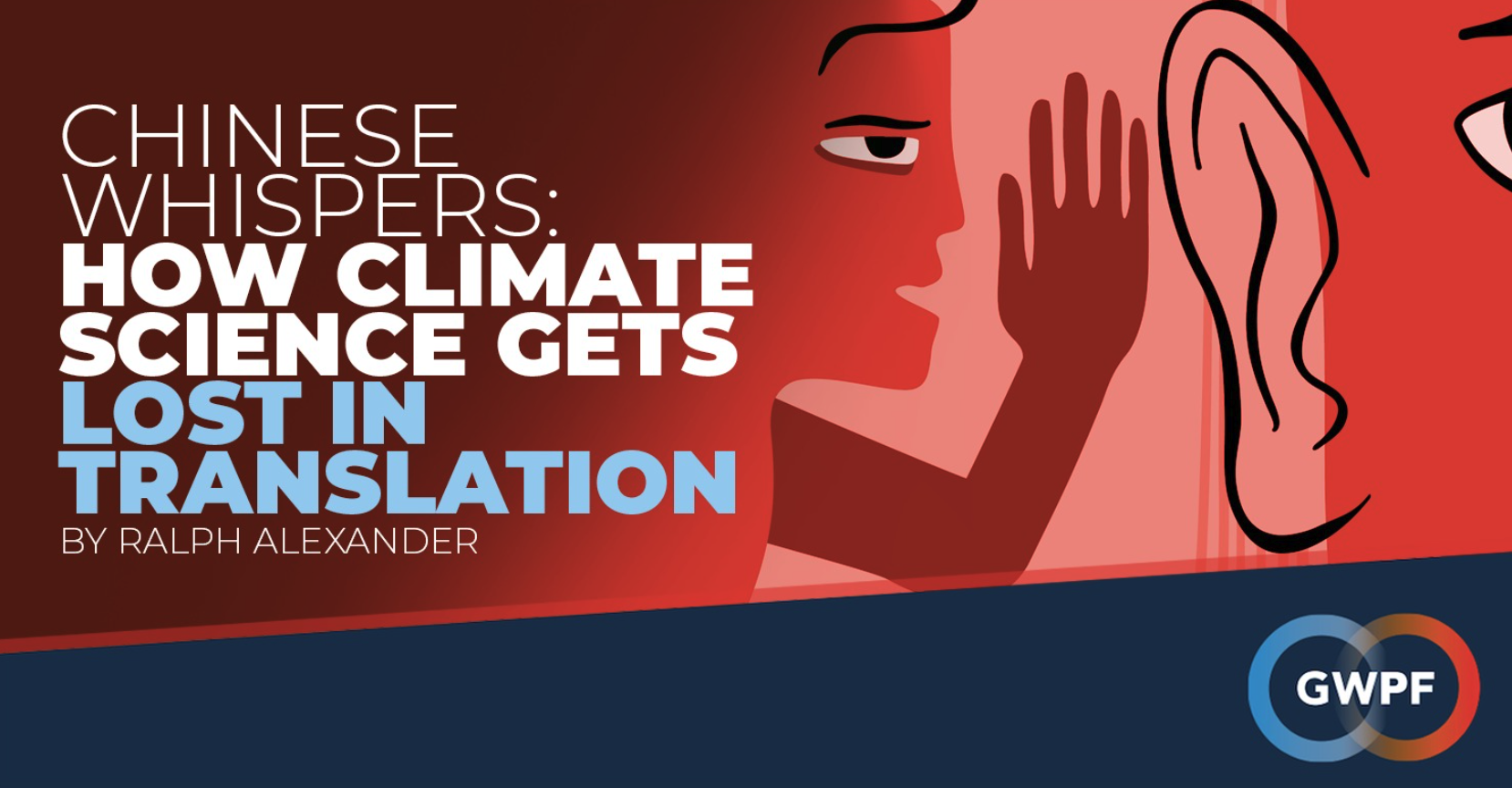 London, 19 October — A new paper from the Global Warming Policy Foundation reveals how sober factual information in official climate reports is steadily distorted in moving from the original text (written by scientists), to the Summary for Policymakers (written by political hacks), to the official press releases (written by public relations officials), and then to the media coverage (written by journalists).
The paper, by physicist Dr Ralph Alexander, looks at two specific areas of the IPCC’s Sixth Assessment Report: reconstructions of global temperatures over the last two millennia, and the coverage of marine heatwaves.
Dr Alexander explains:
"Take the global temperature reconstructions. The political hacks introduced Michael Mann’s famous Hockey Stick graph into the Summary for Policymakers, even though this was not even mentioned by the scientists in the report itself. This graph is then used by the press officers to claim that current temperatures are ‘unprecedented’, but the scientists who wrote the original report said nothing of the sort, and indeed reported data that would contradict such a claim".
GWPF director Dr Benny Peiser said:
"Ralph Alexander’s paper is a revelation, demonstrating beyond all reasonable doubt that the public are being failed by IPCC officials and the news media. The message is clear. You can’t trust the habitual hype and exaggeration the green establishment would like you to believe on climate."
Ralph B. Alexander: Chinese Whispers: How climate science gets distorted in translation (pdf)