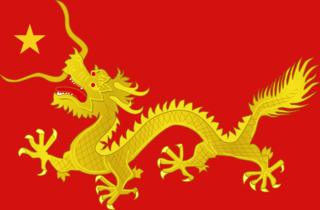 The scariest thing is that a communist dictator seems more sensible than any democratic one.

He’s a tyrant, true, but one that can add up numbers. So it has come to pass that the largest coal fired nation in the world will burn even more coal because energy security today is more important than theoretically slowing storms in 2100 AD. China makes no secret of it, but hardly anyone is even talking about it.

In other news from the CCP convention, unlike the West, China won’t blow up their coal plans until the new replacement energy is ready to use. Which is handy if the replacement turns out to be a trillion dollar lemon.

Rather soberingly, for transition-fans, China makes 80% of all the solar panels on Earth but that’s not enough to dent the growth of Chinese coal demands. If these solar panels were so cheap and effective China would ban the sale of them.

China’s state planner, the National Development and Reform Commission, said while China would continue to invest heavily in wind and solar, annual coal production would rise to 4.6 billion tonnes in 2025 compared to 4.1 billon tonnes last year.

To put that 4.6 billion ton target in perspective:

The world will burn more coal this year than possibly any year ever in human existence, and if it doesn’t, well, it will next year.

Xi’s speech made China’s path to decarbonization clear: It won’t stop burning fossil fuels until it’s confident that clean energy can reliably replace them. The speech shows more emphasis on energy security and the significant role of coal in China’s energy supply given the resources endowment, said Qin Yan, lead analyst with Refinitiv.“We will work actively and prudently toward the goals of reaching peak carbon emissions and carbon neutrality,” Xi said in his address. “Based on China’s energy and resource endowments, we will advance initiatives to reach peak carbon emissions in a well-planned and phased way, in line with the principle of getting the new before discarding the old.”

China invests and builds more solar than anyone else, but that’s not fast enough to stop coal power growing:

China invests more than any other country in clean energy, and is on pace to shatter its record for new solar installations this year. But it hasn’t been able to outrun the growth in energy demand, forcing it to burn more coal and setting a record for consumption last year that is likely to be eclipsed in 2022.

Xi made clear that fossil fuels and renewables will have to work in tandem. “Coal will be used in a cleaner and more efficient way and we will speed up the planning and development of new energy systems,” he said.