Conrad Black observes in National Post:  Canada, the U.S. and U.K. have become the new ‘sick man’ of the world.  Excerpts in italics with my bolds.

The three principal predominantly English-speaking Atlantic countries (the United States, United Kingdom and Canada) are now “the sick man” of the world. For almost all of the 19th century and up to the First World War, the Ottoman Empire was reviled as ”the sick man of Europe,” and its leader was habitually referred to as ”the Abominable Porte.” These disparagements proved premature when put to the test in the First World War. The Ottoman Empire outlasted the Russian Empire in the war and the Turks threw the British, French and Commonwealth forces into the sea with 220,000 casualties in the debacle at Gallipoli in 1915-16, the greatest and near-terminal defeat in the career of Winston Churchill. It is also very premature, of course, to underestimate the three leading English-speaking countries, but as our longest-serving prime minister, W. L. Mackenzie King, said of his own career at its low point in 1930, we are all “passing through the valley of humiliation.” 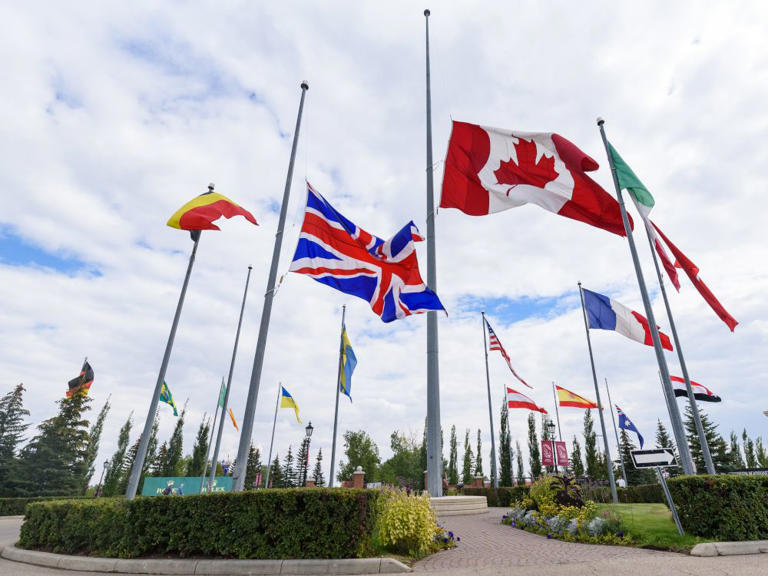 In Britain, Prime Minister Liz Truss and then-chancellor of the exchequer Kwasi Kwarteng presented a bold and imaginative budget. Facing double-digit inflation and negligible economic growth, they instituted a cap on energy price increases to the public by having the state pick up the tab for natural gas and electricity price increases above a designated level, reverse a planned six-point increase in the corporate tax and reduce the maximum income tax by five points. Unfortunately and inexplicably, they produced no accompanying proposals for substantial government cost reductions. Normally, ambitious proposals for tax reductions are accompanied by elaborate estimates of the resulting loss of revenue being substantially regained by increased revenue from heightened consumer demand and the greater transactional velocity of money. Of course, all such estimates are essentially throwing a dart at a board, but they are necessary to shut up opinionated and dogmatic economists, especially high-tax leftists and authoritarian regulators.

Economics is essentially psychology and Grade 3 arithmetic.
Truss and Kwarteng got the psychology right, but in failing to produce any arithmetic at all,
they left themselves wide open to a deluge of skeptical ridicule.

The official Opposition, the Labour party, now a Corbynite gaggle of unregenerate Marxists hiding behind their relatively innocuous leader, Keir Starmer, the socialistic hypocrites at the International Monetary Fund and the sprawling apparatus of the European Union, which is still wheezing with rage over Brexit, all pounced on the budget like famished wolves. As always happens when the conventional wisdom is stoked up and unopposed, even the most ludicrously implausible sources of any worthwhile opinion on the subject, U.S. President Joe Biden in this case, joined the torrent of brickbats. 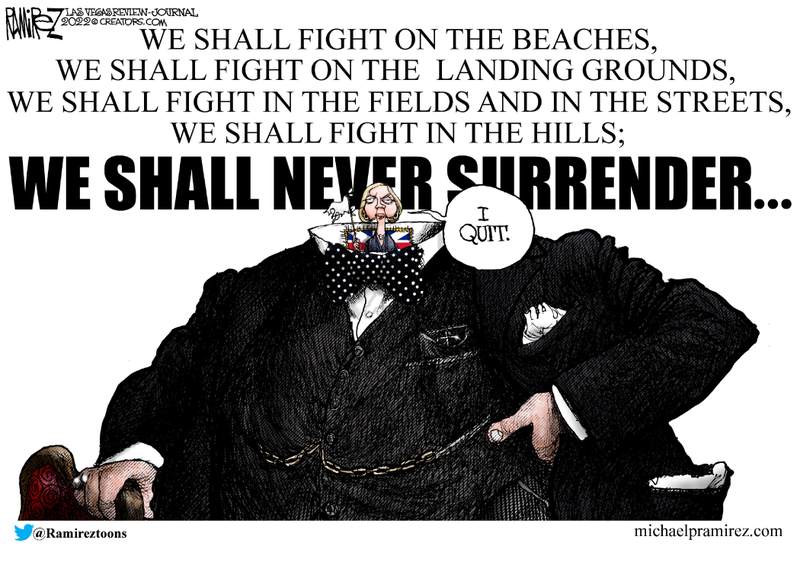 Truss did not handle it very convincingly, and her chancellor was confidently informing the international financial media in Washington last week that he was firm in his position and his views and was “not going anywhere,” when his boss folded like a $3 suitcase and gave him the order of the boot. Even Starmer, who is no Benjamin Disraeli or Winston Churchill as a parliamentary wit, got off some pretty good shots, adapting the famous statement of Margaret Thatcher to a beleaguered party conference in the early days of her radical government: “U-turn if you want to. The lady’s not for turning.” It appeared to justify the French media’s sarcastic reflection on the difference between the Iron Lady and the “Iron Weathervane.” She has only been prime minister for six weeks, and though it would seem almost unimaginably absurd for even the querulous and treacherous backbenchers of the British Tory party to disembark another leader so quickly after they filled the space between former prime minister Boris Johnson’s shoulder blades with knives, that is exactly what happened. Following a string of cabinet departures and internal party dissent, Truss announced her resignation on Thursday. Meanwhile, the separatist Scottish National Party is now leading the Conservatives in the polls and the formerly terrorist-tinged Sinn Féin, the parent of the Irish Republican Army, is settling into the government of Northern Ireland. As the new monarch enters upon his reign, the political condition of his principal realm could scarcely be worse. It will probably get better because further deterioration is hard to imagine, but much will depend on whether the Tories can mount a historic comeback. 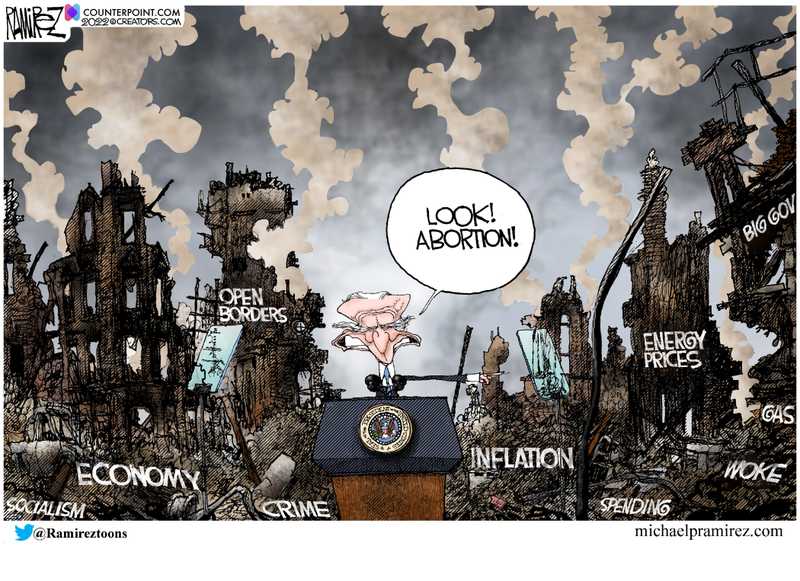 Most Canadians are somewhat aware of the debacle in Washington. Since his election, President Biden has maintained a war without mercy on the U.S. oil and gas industry, while simultaneously disparaging the House of Saud as moral pariahs. A recent report from the Committee to Unleash Prosperity found that, given rising prices, if the Trump administration’s energy policies had been maintained, the United States would be producing two- to three-million more barrels a day of oil than it currently is, which would have pushed down global oil prices. Russian President Vladimir Putin essentially applied the increased revenues from his higher-priced oil exports to finance his war of aggression in Ukraine, which the United States is now admirably spending tens of billions of dollars to assist the Ukrainians in resisting. Because Biden is intimidated by the green terror that he mindlessly espouses like an eco-robot on autopilot, he was reduced to calling upon the Saudi crown prince, metaphorical cap in hand, and asking for production increases. Instead, the Saudis, with well-earned disdain for the government of the world’s most powerful nation, reduced production further, leaving Biden’s bumbling entourage talking about suspending armament sales to the Saudis. This would only make matters worse by giving scores of billions of dollars of defence contracts to our enemies. Even great powers, when their foreign policy is based on idiocy, can be, in U.S. President Richard Nixon’s famous expression, “a pitiful, helpless giant.” Five thousand illegal migrants a day are pouring across the southern border and Russia, even as it blasts Ukraine, is representing the U.S. in an insane effort to revive the disastrous nuclear agreement with Iran that Barack Obama negotiated and Donald Trump cancelled. None of it makes any sense. 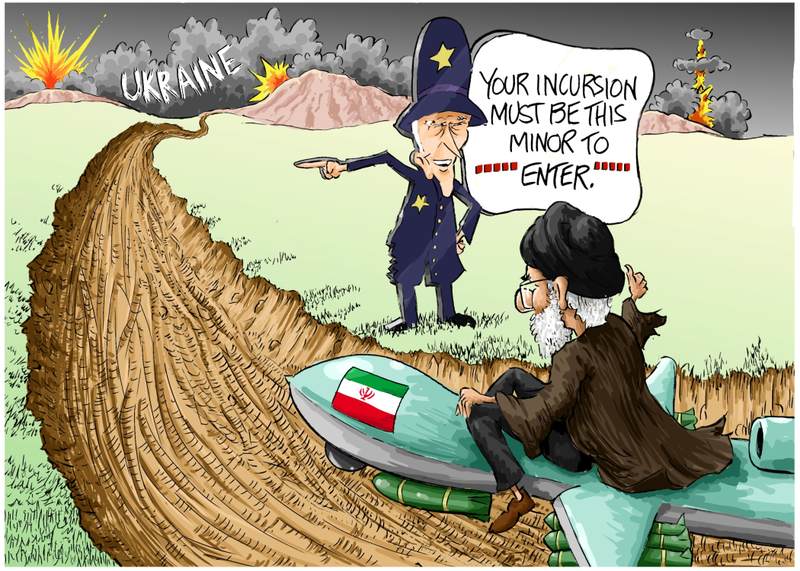 Canada — which, as historian W. L. Morton said, is ”strong only in moderation and governable only by compromise” — has never in its 155 years as an autonomous country come close to the shambles of government that has been unfolding in Washington, or the sequence of fiascos that have afflicted the current era of Conservative government in Britain. Our comparative decorum should not lead any Canadian to complacency, though. We have spent seven years wallowing helplessly in a mindless fixation on climate, Indigenous and gender issues. Canada is a treasure trove of resources that we are afraid to utilize and we are somnambulating in the world like a toked-up Peter Pan.

Based on history, all three countries will pull themselves together quite soon and resume their rightful places among the most respected nations in the world. 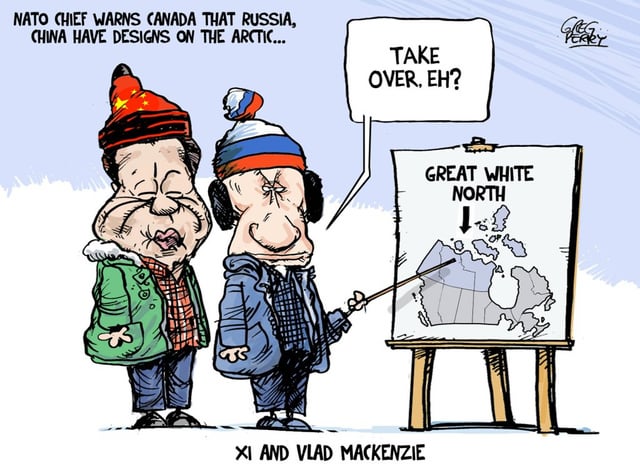