Things are getting serious Mum. 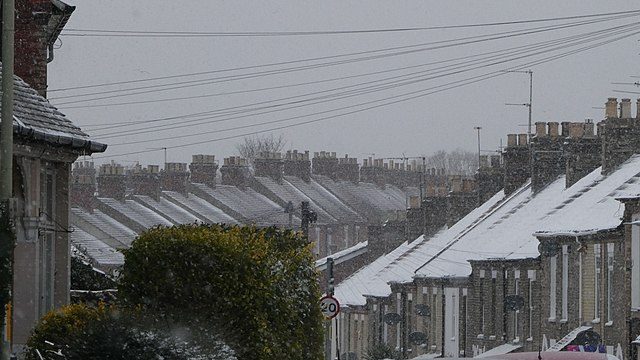 Nearly half of Britons are already finding it hard to pay their energy bills. Over two million UK households are behind in their payments, and some have started unplugging fridges, hand washing their clothes and skipping meals, and it’s not even winter. The National Grid manager is so desperate they’re setting up a scheme to pay people to switch off their own electricity at peak hour, and the going rate for these precious Negawatts is £3,000 per megawatt hour.

There’s the hint of a war footing building. Thousands of shared refuges from the cold are being planned across the country, and the WarmSpaces website is setting up a directory.

Last week someone leaked that the BBC was secretly planning what to do if the UK gets a full two-day national blackout in the dead of winter. Apparently the BBC will advise people to use their car radios, or haha “battery powered receivers” (do the millennials know what they are?) to tune in the BBC. If they manage that, the BBC could then helpfully tell them, the minute after it was too late to do anything, that the blackouts may affects their gas supply, their mobile phone, the cash machines and  all the traffic lights too. And don’t call an ambulance unless you really need it.  But that’s OK, because if their phone battery goes flat, they won’t be able to anyway.

Maybe the BBC could stop covering up for Big Government and advise people to buy batteries, food, fuel, and a small radio now instead. Was the leak was their way of doing that?

hat tip to Tallbloke and GWPF

Britons will allegedly be advised to stick to car radios or battery-powered receivers to get the necessary information amid a power cut. One draft of these scripts states that a blackout could last up to two days, with hospitals and police placed under “extreme pressure”.

Another warns: “The government has said it is hoped power will be restored in the next 36 to 48 hours.”

People will be comforted to know that there will be no shortage of bureaucrats:

It also states that an emergency coordination centre has been launched in Wales, while in Scotland the first minister, Nicola Sturgeon, is chair of a devolved government emergency planning meeting in light of the ordeal.

This is how to tell people their food supply might be at risk without saying it.

The script also states: “Officials are saying there is no current risk to food supply and distribution. But they’re asking people to look out for vulnerable neighbours and relatives.”

There really are a lot of warm spaces being planned. Wolverhampton has 0.4% of the UK population:

The phenomenon is widespread — the 262,000-resident city of Wolverhampton alone expects 38 such centers to open within its limits this year. But issues such as disability access, amenities and even ideal indoor temperatures may vary widely. Lewis’s how-to guide is aimed at ensuring that these often bottom-up, locally organized facilities are inclusive, financially sustainable and welcoming.

The UK National Grid wants to pay people for having their own little blackout at peak times:

We can now confirm our proposals for how much people and businesses can be paid for shifting their electricity use outside peak times. We anticipate paying a rate of £3,000 per megawatt hour. Businesses and homes can become virtual power plants and, crucially, get paid like one too.

For a consumer that could mean a typical household could save approximately £100, and industrial and commercial businesses with larger energy usage could save multiples of this. We are working with Ofgem to get this scheme launched in November…

If they have to pay people as much as £3,000 per megawatt hour to turn off their own power, it shows how highly people value the service. And, presumably, only the poor will take the deal, upend their daily schedule, screw with their body clocks, or cook with candles indoors.