Significant cooling trends of up to 1°C have been ongoing in the southeastern US since the late 1800s. A new study suggests that higher precipitation trends are linked to decreasing temperatures in this region, comparable to what has happened in other cooling periods (i.e., the Little Ice Age). 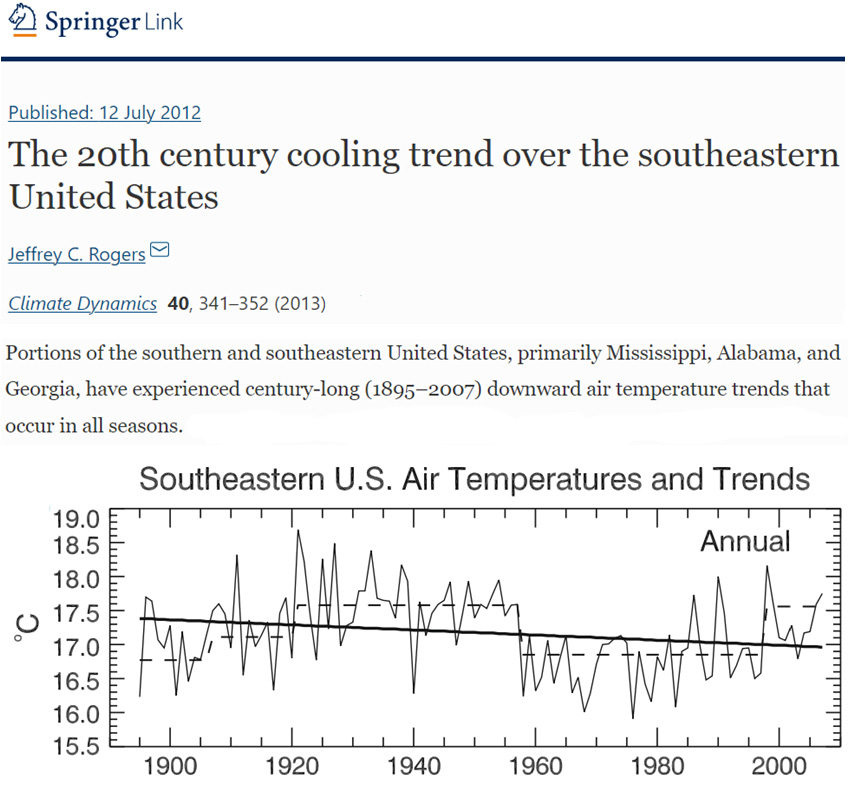 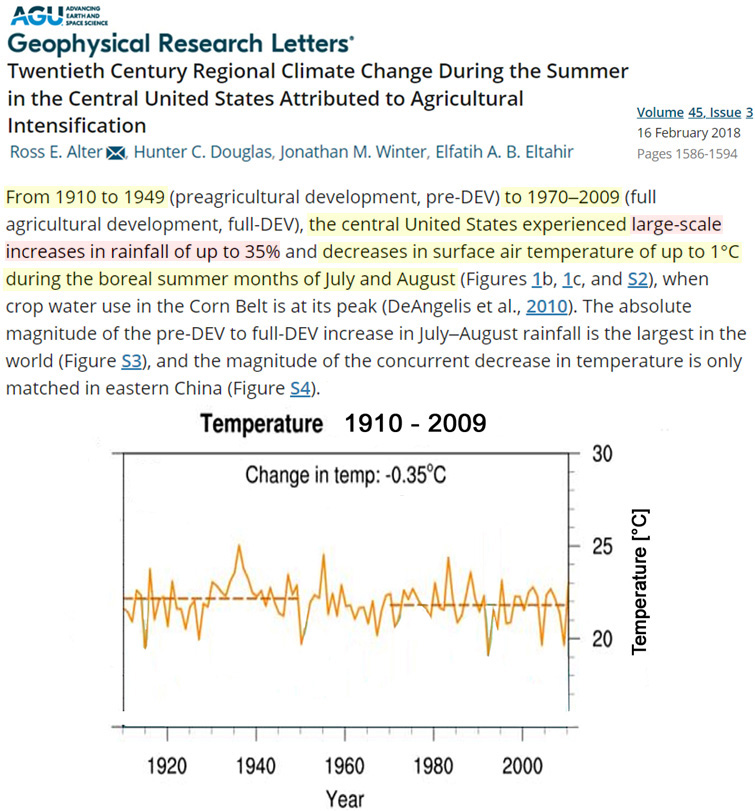 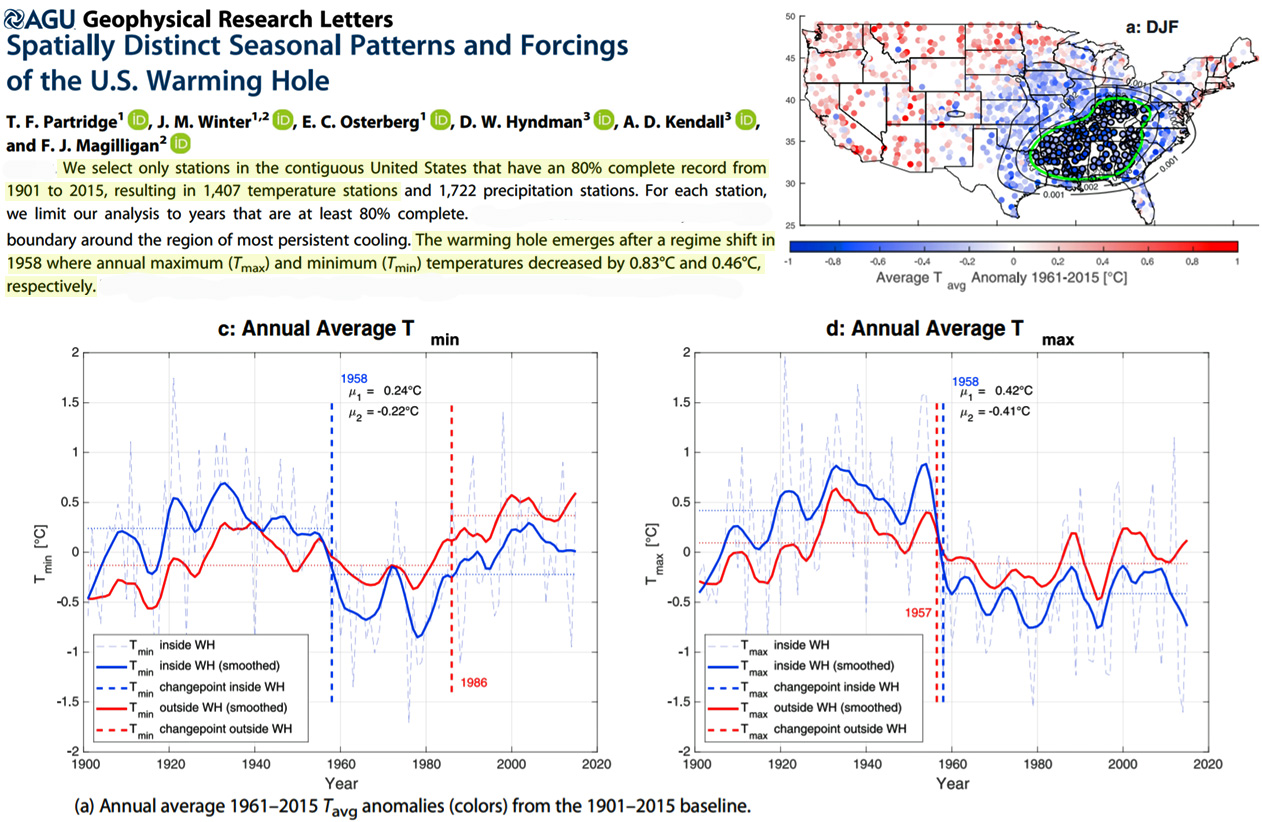 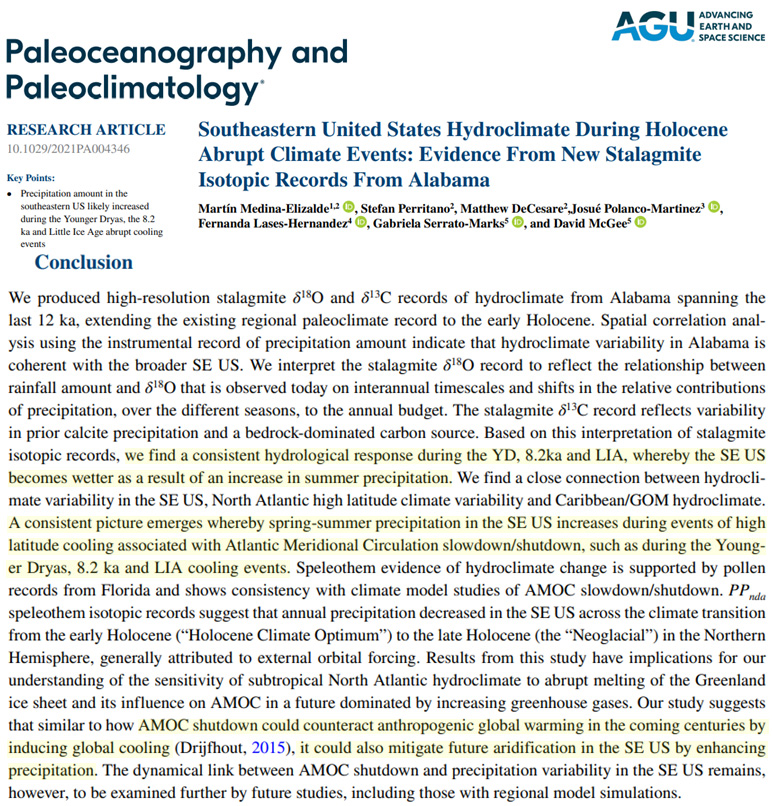 Considering Alabama’s temperatures have cooled by about -0.5 to -1°C since the 1930s and 1940s (Christy and McNider, 2016), it would appear (a) the Little Ice Age trend has been ongoing for this region, and (b) higher regional precipitation trends may be linked to the cooling. 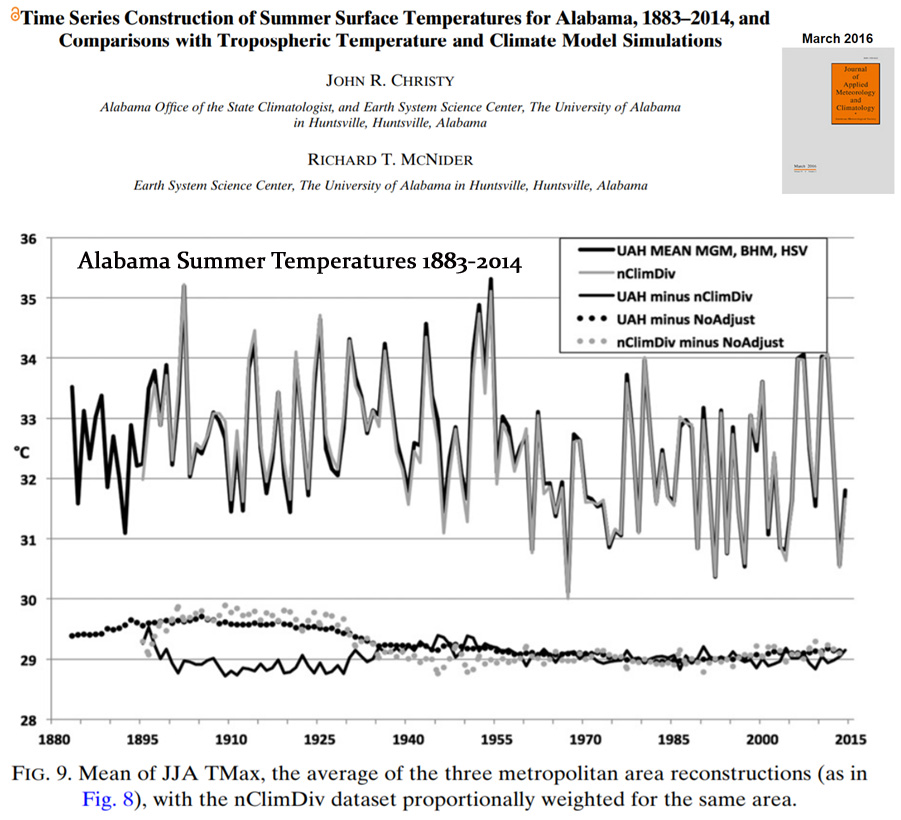