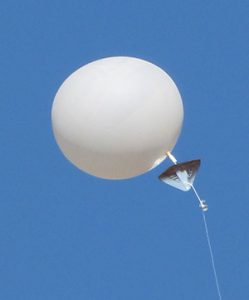 Things are far far worse at the Australian Bureau of Meteorology than even we realized.

“If you think your public forecasts have gotten worse, that’s because they have,” one meteorologist says.

While Australia is flooding and lives depend on forecasts, the management of our weather bureau is cutting back on meteorologists and on weather balloons, but they’re making sure they do frivolous exercises in rebranding with a new kindergarten logo and calls to be “The Bureau”, and not the BoM.

It’s hard to believe, but instead of releasing two weather balloons from each site every day like the rest of the modern world, the BoM has decided to cuts costs and reduce many regional sites to just one or even none each day. This is in breach of the World Meteorological Organisation (WMO) standards. Weather balloons are the prize “unrivaled” meteorological instrument. In roughly 900 places all over the world, weather balloons are launched twice a day, every day of the year. These radio back temperature, humidity and wind and pressure data as they rise up as high as 30 kilometers (20 miles) into the atmosphere.

The degradation of the BoM as a science agency is so far gone, that there was even an astonishing plan to reduce launches in capital cities. The idea was to do just one balloon a day, with a second one “on request”. After a fierce internal battle, it appears the aviation division of the bureau, perhaps concerned that planes might crash, said they will find some money to cover the second balloon. Though that’s only for this financial year. The intent is still there. Who needs data, eh?

Insiders are so outraged, they are speaking anonymously to reporters of The Saturday Paper.

One meteorologist at the bureau, speaking on the condition of anonymity, said it was now “an open secret that we are not meeting our WMO obligations” on upper atmosphere observation. “We have been told by several senior people that we are now not meeting our WMO requirements, but I also get the sense that it is not considered to be a big deal,” they said. “It’s kind of horrific, the effect that it would have on our model quality as well as just our ability to add our own expertise on top of the computer models. It is crazy to me.”

“Everywhere around the world balloons are launched twice daily at more or less synchronised times,” a meteorologist employed by the BoM said on the condition his identity not be revealed. “Not only is this data the only way to get a real idea of what is actually going on in the vertical profile of the atmosphere, it provides crucial observations for the NWP [numerical weather prediction] models.

“The NWP models are going to become significantly worse across Australia, which in turn affect forecast quality, especially with public weather relying on pure model data so much lately.”

It’s not clear exactly how many sites have shifted from 14 weather balloons a week “to five”, but if the capital cities were next on the list, how many other sites are left still maintaining the normal WMO standards?

Does the climate matter to the BoM? Looks like “not”.

The loss of weather balloon data is an absolute scandal — our entire hundred billion dollar forced transition depends on climate models that use weather balloon data as the main tool to identify the major cause of the warming. Hey, but it’s only “attribution”, who cares what drives the climate, apart from 26 million people paying for green electrons and eating crickets to save the world?

Besides, if the greenhouse “hot spot” fingerprint isn’t there, it’ll be so much easier to find it with sparser data and wider error bars. 28 million weather balloons looked for the hot spot from 1959 – 1999 and couldn’t find it, but maybe they could’ve if models had interpolated the “gaps” instead? Sometimes you can have too much data…

It’s not just the cost cutting, and the data loss, but also the management

Hard to believe I could ever feel sorry for the meteorologists at the BoM, but here we are. They didn’t speak up for science and data much in the last twenty years, instead they welcomed Big Government and it has come in to eat them. Karma, much? 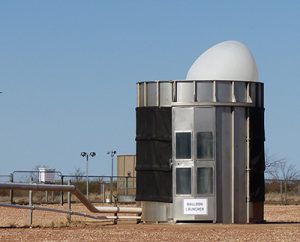 Instead of being a scientific agency it is now a Home-for-Bureaucrats which also does some forecasts. It’s run by administrators, not people who love meteorology, and as the bureaucrats grew, the meteorologists shrank. Increasingly the bureau is relying on models, but with less data, and less expert oversight. Staff are not being replaced to keep up with attrition.

“If you think your public forecasts have gotten worse, that’s because they have,” one meteorologist says. “The public forecast gets produced twice a day, at 4am and 4pm. The national production team is shockingly small for the task at hand.

To cope with the vast task of individual town forecasts across a whole continent, the BoM is increasingly relying on “automation and bureaucracy through decision matrices.” All the advanced neural nets in the brains of meteorologists are ignored in favour of a silicon chip decision. So when a prediction from the weighted “global model of models” looks wrong, the experts can’t override it.

“Say, then, that in Melbourne the max temperature that was generated by models was going to be too high, or the models were saying showers all day when it really wasn’t going to happen,” a meteorologist says.

The BoM defends its forecasts are better now than five years ago, and that the automated forecasts are more accurate. Though, of course, some of us wonder what accurate means, and who decided how to measure it.

The whole nation is spending billions of dollars to “fix” our weather based on warming measured in sites that often fail the BoM’s own standards, but the BoM is more concerned about the way people refer to it on Twitter instead of the thermometers placed near incinerators and bitumen car parks.

There’s a lot more BoM incompetence on display in The Saturday Paper, which is well written, but is paywalled. In other scandals the BoM’s giant new supercomputer has sat there for years unable to be used until it can be moved to a new “resilient data centre” perhaps another year or two away. And an 18 month long program to upgrade the national forecast grid from 6km to 3km ended with them dropping the more accurate 3km grid which existed in Victoria and Tasmania and putting the whole nation on the lower resolution 6km grid. So not only did the process reduce the resolution in two states, but now there are many work-arounds to compensate for the lack of the 3km grid everyone was expecting to use, and had been planning for.

Thanks to David E, El Gordo, and The Great UnVaxxed.