Annual carbon dioxide (CO2) and methane (CH4) change rates lag behind changes in sea ice extent by 7 months and 5 months, respectively. This robust correlation is consistent with the conclusion that CO2 (and CH4) changes are responsive to temperature, not the other way around.

It is commonly believed that the annual “squiggle” of the Mauna Loa CO2 cycle variations are driven by hemispheric seasonal contrasts in terrestrial photosynthesis.

But scientists (Hambler and Henderson, 2022) instead find it is variation high latitude temperatures affecting sea ice extent changes that dominate as drivers of the CO2 (and methane) annual fluxes, not photosynthesis.

They affirm temperature (T) changes lead CO2 change rates by about 7-10 months, suggesting the causality direction is T→CO2, and not CO2→T.

“The phase relationship between temperature and carbon dioxide has been examined to help elucidate the possible direction of causality and the lags we find between timeseries are consistent with carbon dioxide being the response variable.” 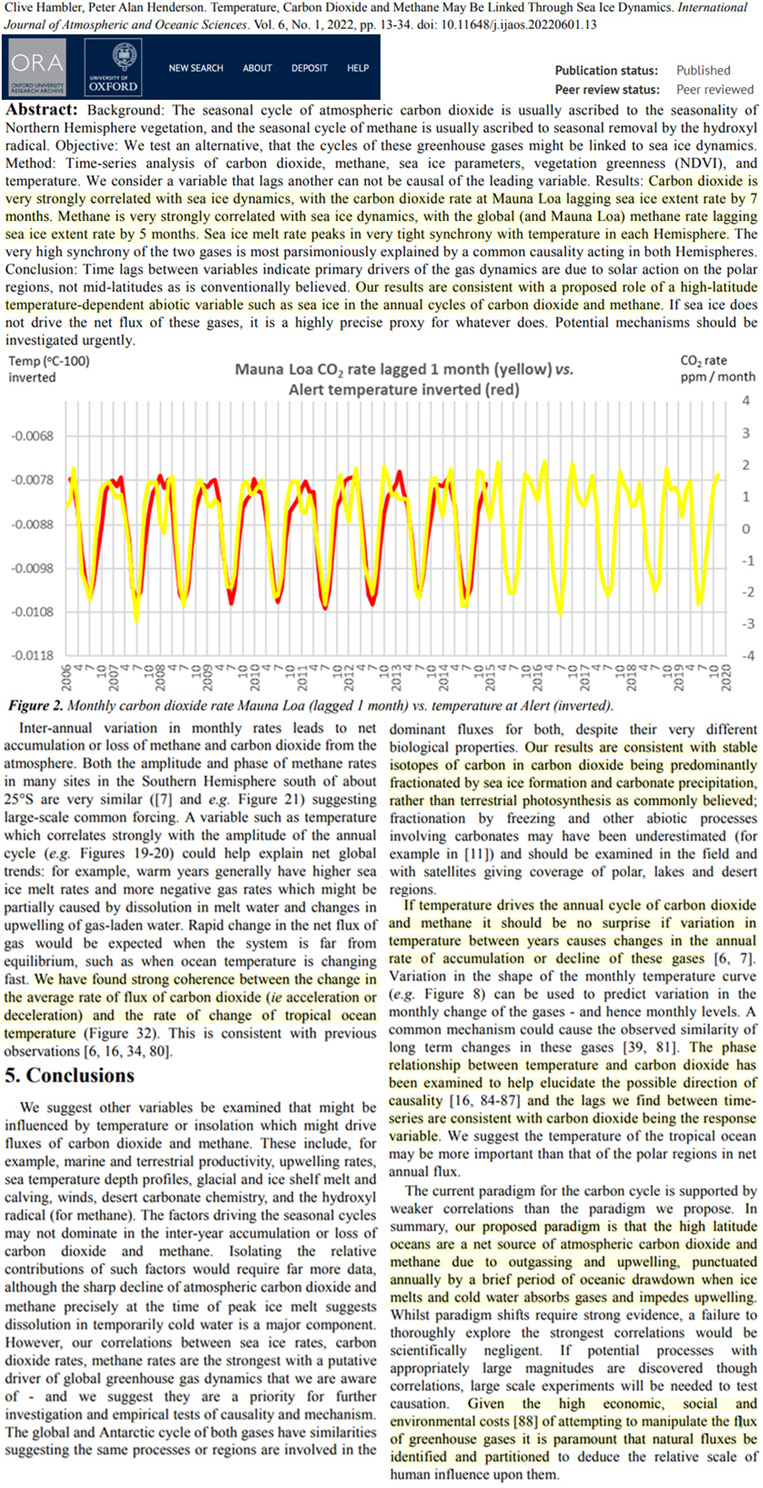