Coal, apparently, is the “culture of death.” Despite the era of coal being a time of record crop yields, bountiful food, travel, and exponential world population growth. Despite the working class of today being richer than the kings of centuries past.

One day, he promises, after he is safely dead, all weather will be good weather, and only the perfect amount of rain will fall, and ski seasons will start and end on the same day each year.

Damian Carrington, at The Guardian, swallows the whole prospectus:

The former US vice-president Al Gore is on fist-waving, passionate form in front of world leaders at Cop27. “We continue to use the thin blue atmosphere as an open sewer,” he says. “It is getting steadily worse. We have a credibility problem – all of us – we are not doing enough.”

Gore says we can continue the “culture of death” by continuing to dig up fossil fuels, and cites vast floods in Pakistan, heatwaves and “rain bombs” in China, and a million displaced in Nigeria.

And the valley of death will spread, and 1 billion immigrants will move into your home. (And you thought the southern US border crisis was bad?)

“The current areas of the world considered uninhabitable by doctors are small today but due to expand,” he says, with 1 billion migrants potentially crossing international borders this century, with all the colossal difficulties that would bring. If we stop subsidizing the culture of death and back renewable energy instead we can survive, Gore says, and no new fossil fuel projects are acceptable.

Here me O’ Minions —  take this essence of arsenic, I mean lithium, and it shall cure your poverty:

Instead, Gore says, “Africa can be a renewable energy superpower”. He says 40% of world potential is in Africa.

Sure, Africa can be a renewable energy superpower, just like nowhere on Earth is. Europe can’t manage it, but Chad will show the way.

Of course, those who question their Occult Leader are racist pigs:

He says the dash for gas in Africa, a contentious issue at COP27, is a new form of colonisation, with the fuel to be sent to rich nations. He quotes the late archbishop Desmond Tutu as saying climate change is the apartheid of our time.

Somehow drilling gas in Africa for Europe is “colonisation” but using African children to mine cobalt for our batteries is the work of saints. Often the same saints want to segregate nations according to skin. When did Al Gore say “All Lives Matter?” I can’t recall…

Toss in a attempt at being a Concern-Troll:

Shucks. The last thing Al Gore wants is Africans to be lifted out of energy poverty.

So much better to keep casting those spells and doing rain dances. Africans are just his stage props. 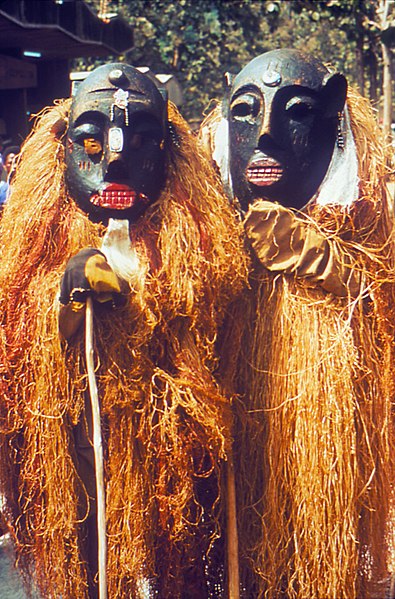 Photo: US CDC (would you believe)