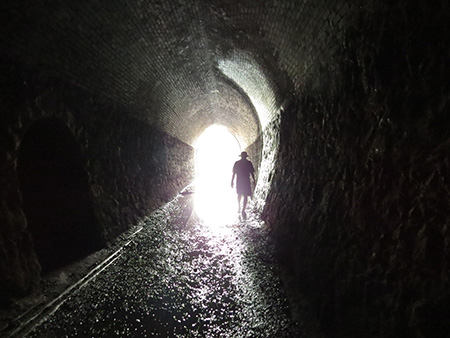 Did you notice the segue?

A new Covid wave is upon us, but the endless vaccine rush is over. The dog isn’t barking. As of last week, almost no one in Australia is eligible for the fifth dose. Even the old and vulnerable are not being told to get another dose. This is the end of two years of non-stop push. “Access to antivirals is more important” say the experts for the first time, and it appears people practically need to be a transplant patient or on chemo to be able to get jab number five.

The Department of Health says fifth doses of a COVID-19 vaccine are not currently being recommended for most people.

Health authorities have warned a new wave of COVID-19 is beginning to make its way through the community and currently, only adults with a severely compromised immune system are eligible for a fifth dose.

So they’re finally catching up with what the deplorable bloggers like I have been saying since March 2020, antivirals were always less risky, easier to test, and cheaper to make. Though, of course, our government health bodies are still profit machines for large pharmaceutical corporations. They’re not promoting the cheapest, safest antivirals — only the Big-Pharma-friendly kind that are still under patents, and which siphon vast funds from our taxpayer pharmaceutical scheme.

They are effectively saying that the boosters are useless, or even worse than useless, without having the honesty to say so.

They must be a bit worried. Finally they’re going to stop the under 30s from getting the fourth jab because of “side effects”:

But Professor Allen Cheng, former co-chair and current member of the Australian Technical Advisory Group on Immunisation (ATAGI), told The Sydney Morning Herald on Saturday that it was likely the current vaccine schedule would remain as is, given the heightened risk of heart inflammation in young people.

“A 30-year-old with … three doses will be optimally protected.”

He added, “Vaccinations are beneficial and protective even for younger people but the more doses you get, the less benefit you derive from them and then we start to worry about causing side effects.”

Everything about the PR language is packaged with a dose of literary Valium.

The mantra lines are all the same, they’ve just swapped the word vaccine for antiviral. Now we’re bragging that “Australians have one of the best antiviral uptakes in the world”. (As if the hapless punters in the streets have much say in their prescriptions, were racing to get there, and even knew there was a race?). Are we proud of our druggieness now, or our obedience?

At no point do they say ATAGI have decided the fourth dose is dangerous to young adults, instead someone who used to work there has conveniently leaked out that the “under 30s are unlikely to get approval”. It’s as if the under thirties are champing at the bit to get more doses and ATAGI is just being restrained and sensible, eh?

The mantra’s of the last two years are still there:

“At the moment ATAGI’s firm statement remains that people should remain up to date with their vaccination.

“And based on the advice we have an older person who has stayed up to date and has had the fourth dose still has great protection against severe disease.

And vaccinees have great protection, but they need antivirals too…

Health Department secretary Professor Brendan Murphy said access to antivirals for the elderly is likely more important than getting a fifth vaccine dose.

“We are seeing a very significant uptake now that this wave’s started in antiviral use,” he said.

“If you’ve had four doses and you’re an old person who is vulnerable, it is probably a more important thing to get access to antivirals than to consider another dose for which the evidence is not very strong.

“We have one of the best antiviral uptakes in the world.

“It’s one of the best markers we have of the pandemic, once cases go up antiviral use goes up.”

And the illusion of control continues. Talk of an “uptake” of antivirals implies the minions have control over their own healthcare when they still can’t go to their doctor and ask for the treatments they want, and they were never allowed to buy an Australian designed less risky protein vaccine.