Sea temperatures in regions near Australia have failed to cooperate with a CO2-driven climate narrative.

Glacial conditions and ~200 ppm CO2 levels were thought to have prevailed throughout most of the last 60,000 years across the Earth.

But a new study finds sea temperatures near Australia were “3 to 5°C warmer than the modern average temperature” during several millennia of this period.

Proxy evidence suggests average subsurface water temperatures in the Southern Ocean/Australia region may have been “>7°C warmer than modern” during the last 10,000 years (the Holocene).

The eastern and western core graphical record indicates the amplitude of sea surface temperature swings reached 5 to 7°C from 30,000 to 60,000 years ago – a time when CO2 levels were thought to be stable and low (near 200 ppm).

These records once again affirm sea surface and subsurface temperature changes do not align with the narrative suggesting Earth’s climate changes are driven by fluctuations in CO2 concentrations. 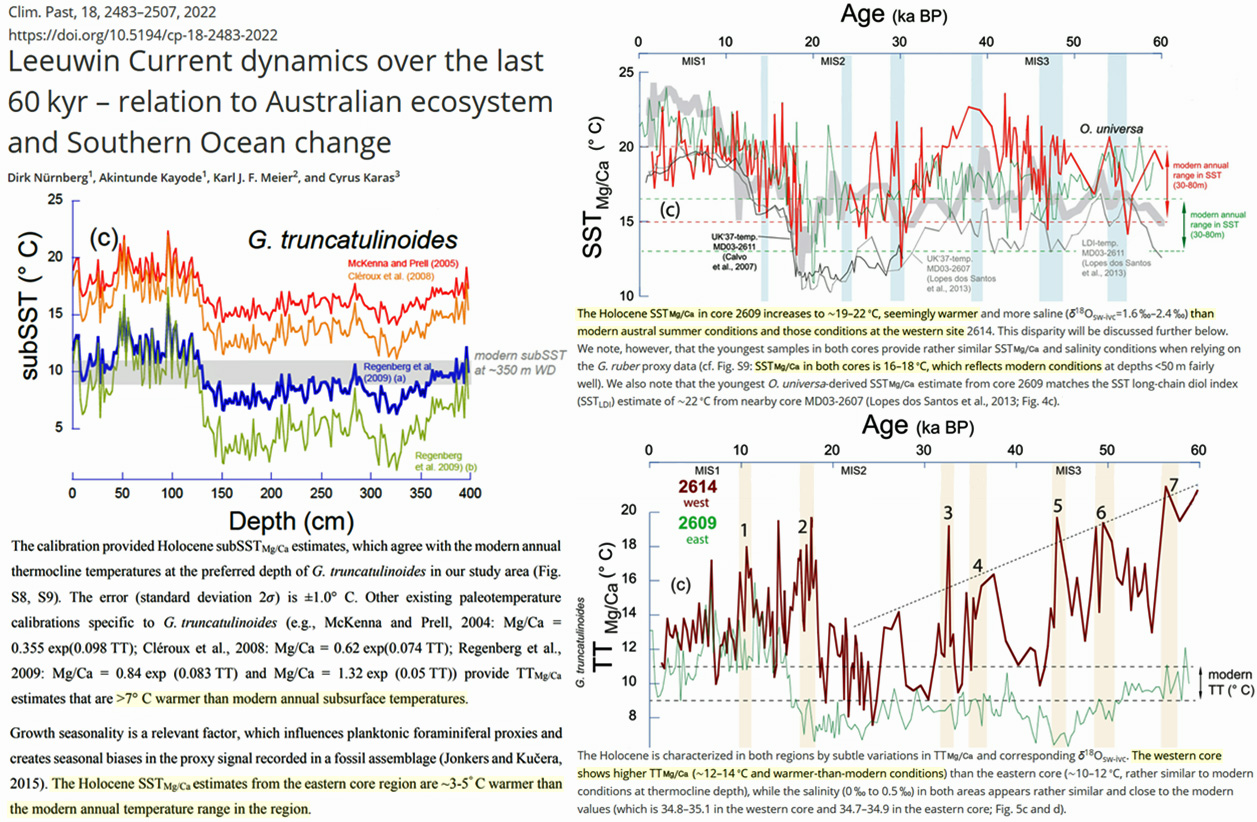