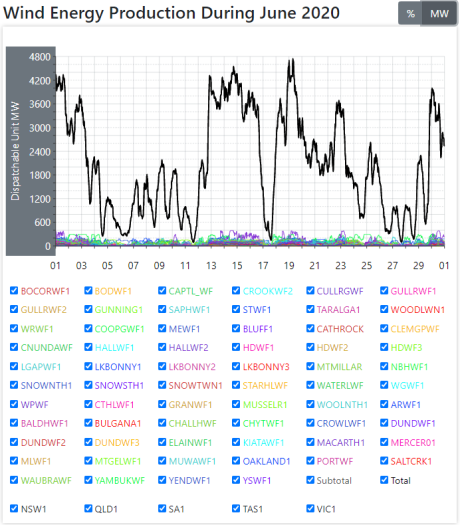 It doesn’t take a genius to connect calm weather with total collapses in wind power output. Even the functionally illiterate have the capacity to understand just how incapable wind power is of delivering power on demand.

For example, depicted above – courtesy of Aneroid Energy – is the output delivered by Australian wind power outfits to the Eastern Grid in June 2020. Back then, all of the wind turbines connected the Eastern Grid had a combined notional capacity of 7,728MW. Spread from Far North Queensland, across the ranges of NSW, all over Victoria, Northern Tasmania and across South Australia these whirling wonders routinely deliver a risible fraction of their capacity.

The trouble is that an entire industry has been built on the lie that the wind is always blowing somewhere. What characters like Rafe Champion propose is an education program that will help anyone fool enough to believe it.

Reading literacy appears to be in decline and that is causing concern but spare a thought for the prevalence of “wind illiteracy.” This means a lack of awareness of the wind supply, especially at the continental scale.

Wind illiteracy has enabled the biggest peacetime policy blunder in our history, that is, connecting intermittent energy sources from sun and wind to the grid. That mistake has been compounded by subsidising these providers and mandating the use of the product.

The result is a mortal threat to the electricity supply which is the lifeblood of modern society since the horse and buggy days. At the very least the price of power will rise sharply, crippling energy-intensive industries, wrecking household budgets and feeding inflation in every sector of the economy where electricity is an input.

The root of the problem is the combination of extensive and protracted wind droughts, the need for continuous input to the grid to match demand, and the lack of grid-scale storage to fill the gap in supply on windless nights.

Did anyone involved in planning the transition to intermittent wind and solar power think about the wind supply in the way that irrigation planners presumably pay attention to the water supply?

Did anyone call the Bureau of Meteorology or seek advice from some wind literate person who might have warned them about the widespread wind-lulls that occur when high pressure systems hover for a day or three, as they do, several times a year.

These are not the result of recent climate change. In the history of the Lameroo district in the Mallee of western Victoria:

A drought of a very different kind occurred in March and April of 1934. Because Lameroo sits above our underground water supply, windmills (wind pumps) were used to draw water to the surface for stock water and personal use. The period from mid- March to the end of April was almost completely windless; therefore no water. Farmers were soon desperate for stock water. Source

Paul Miskelly accessed the AEMO records of the power delivered from wind farms attached to the grid. During the calendar year 2010 the total wind output across the entire grid fell rapidly to zero or near zero on 109 occasions in the year. Source

He showed that these droughts occurred when high pressure systems fell over the area, these are visible in the weather maps that show the high and low pressure systems that move from west to east across the continent.

He flagged the need for a fleet of fast-acting gas plants with enough capacity to match the installed wind capacity, on standby mode “to balance the wind’s mercurial behaviour.”

In 2010 there were only 23 wind farms with less than 2GW of installed capacity and it was anticipated that the supply would become more reliable as the number of sites increased. John Morgan reported that the situation was much the same in the 12-month period from Sep 2014 to Sept 2015 when the capacity of the wind fleet was approaching 4GW. Source

The problem persists with almost 9GW of installed wind capacity at present. Mike O’Ceirin, an independent analyst working with the Energy Realists of Australia, has an interactive site using the AEMO records. Source

The records can be interrogated to the depth and duration of all the wind droughts from 2010 to the latest serious episode which lasted over 40 hours through the 7th, 8th and 9th of August.

People need to become wind savvy and alert to the Achilles heel of the intermittent energy system, that is the nights when the wind is low and there is next to no RE input. During these periods no amount of additional installed capacity will help because there is next to no grid-scale storage to save the excess power generated on sunny afternoons.

RE promoters celebrate record high inputs like the wind just before the drought in August and the solar input for an hour in SA on the afternoon of Oct 16.

AEMO recently started to promote a massive fraud on the data dashboard with a record of Renewable Penetration. See the tab at the top of this page.

Admittedly it is labelled “highlights” but that will mislead the unwary who don’t realise that the highs are useless as long as the lows persist. It is directly comparable to the fence around the cow paddock where the gate is always open or there are permanent gaps. Doh! The cows will get out regardless of the height of the fence.

The transition from coal is limited by the lowest level of RE input on windless nights and until that rises to meet the full demand we had better keep all the coal and gas capacity that we have at present or be prepared to eat breakfast and dinner cold, and in the dark in winter.

In the early afternoon we have sunk into a wind drought with the Capacity Factor (% of plated capacity that is being delivered) near 6% and the wind is contributing almost 4% of the demand. The level of demand is as low as it ever gets in the daytime, being a mild Sunday afternoon, and with plenty of sun about the penetration of RE at present is 60%.
New Catallaxy 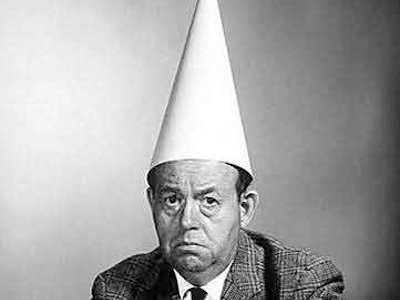