The South Australian Health department must have known about the surge of young people with heart problems, but they did nothing. The only reason we have this data now is because Senator Rennick filed an FOIA to get it.

The pattern is very similar to the pattern of excess deaths in the UK, in Germany and in the US — yet the media (or worse, some doctors) can’t seem to figure it out.  In the US in almost the same three month period of 2021 there was a a 200% increase in excess deaths in 35  to 45 year olds. In South Australia the number of cardiac presentations (not deaths) — rose from around 1200 a month to 2172 — a rise of 180%. 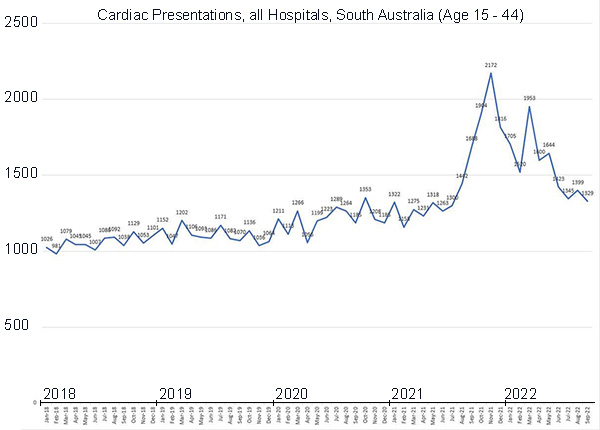 South Australia makes a tidy control case. Unlike other nations there were virtually no cases of Covid at all until after New Years Eve 2022. So the entire first and highest peak in cardiac problems occurred months before the virus even started circulating. These cardiac events in 2021 were not caused by Covid. 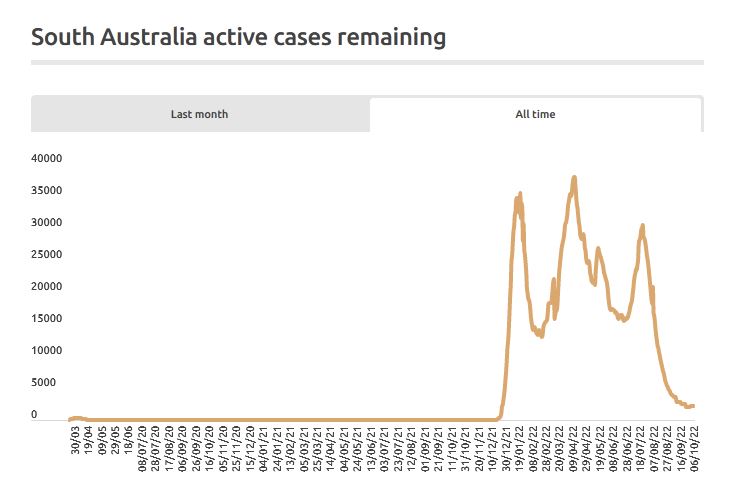 There were virtually no cases of Covid in South Australia until after New Year 2021. | Covid19data

Cardiac Presentations for 15 – 44 year olds in South Australia …almost doubled as the vaccines were rolled out.

They are harming and killing young people.

This injection campaign is going to go down as the greatest scandal in medical history and none of you said a thing.

So many questions arise from this — when did the TGA, ATAGI and Federal Minister of Health become aware if this? Why didn’t they stop the vaccine rollout? The Premier and SA Minister of Health were forcing vaccine mandates on many people in this age group — isn’t data like this urgent and important so people have informed consent?

Past posts on excess deaths: