The Japan Meteorological Agency (JMA) presents the latest data for Pacific typhoons. Their data go back more than 70 years, to 1951.

First we look at the latest data from the Japan Meteorological Agency (JMA) for the number of typhoons formed in the Pacific in the month of October, now that the October, 2022, data have become available: 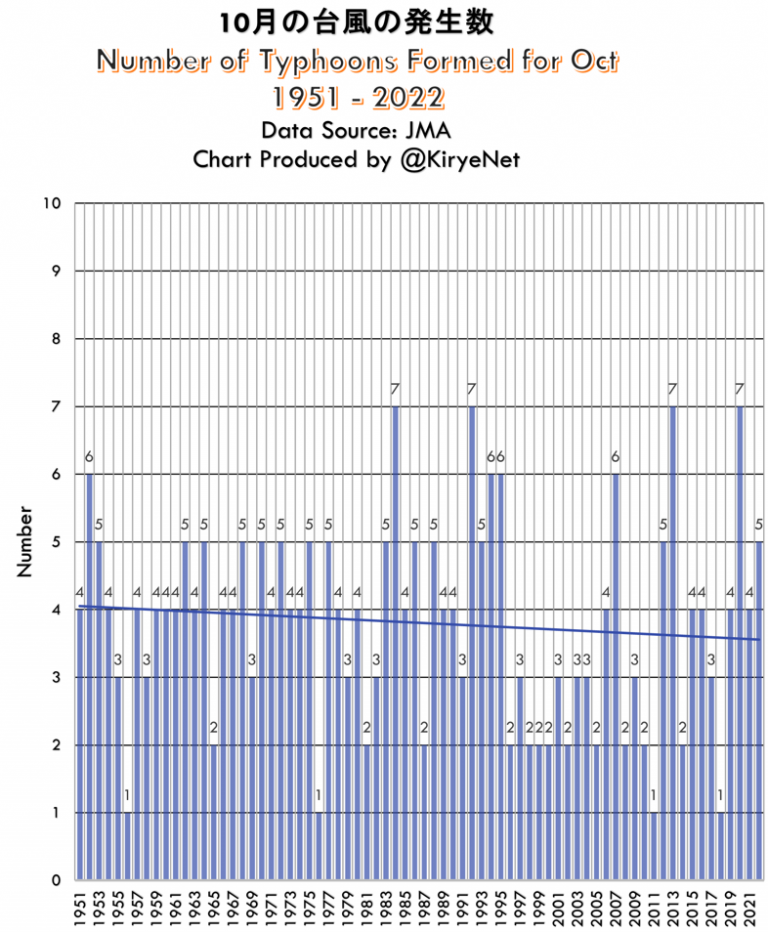 Though the world has warmed (mostly naturally) since 1951, the overall long-term trend in typhoons remains downward, thus contradicting the dire claims made by climate bedwetters that a warmer climate leads to more storms.

But one single month really doesn’t tell us a whole lot about overall Pacific typhoon trends, so now we look at the number of typhoons formed in the Pacific for the period from January to October, 1951-2022, now that the latest October data have been made available: 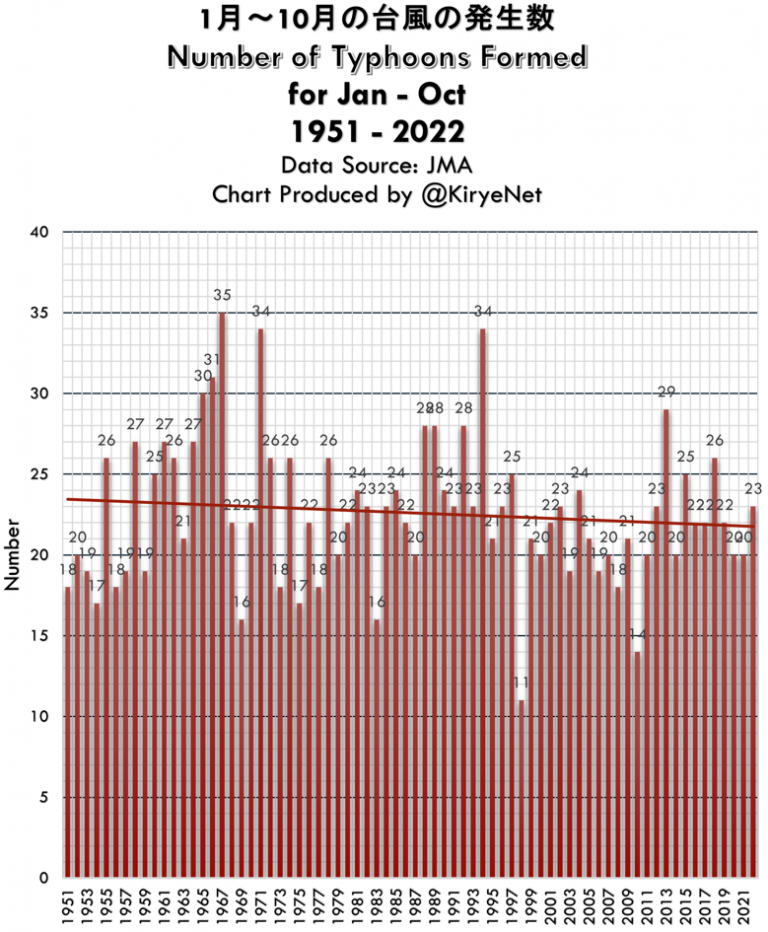 Here as well we see a downward trend for the period. The alarmists have been shown to be wrong and the media have been misleading and lazy for not calling them, out. Pacific typhoons are not becoming more frequent. If anything, the warming has led to less typhoons, which is good news which the alarmists unfortunately are unable to swallow.