While the modern Arctic “remains largely covered by sea ice in June and July,” the higher summer sea surface temperatures (SSTs) from about 3,000 to 7,000 years ago meant the East Siberian Sea had “sea-ice free conditions throughout the MH summer.” 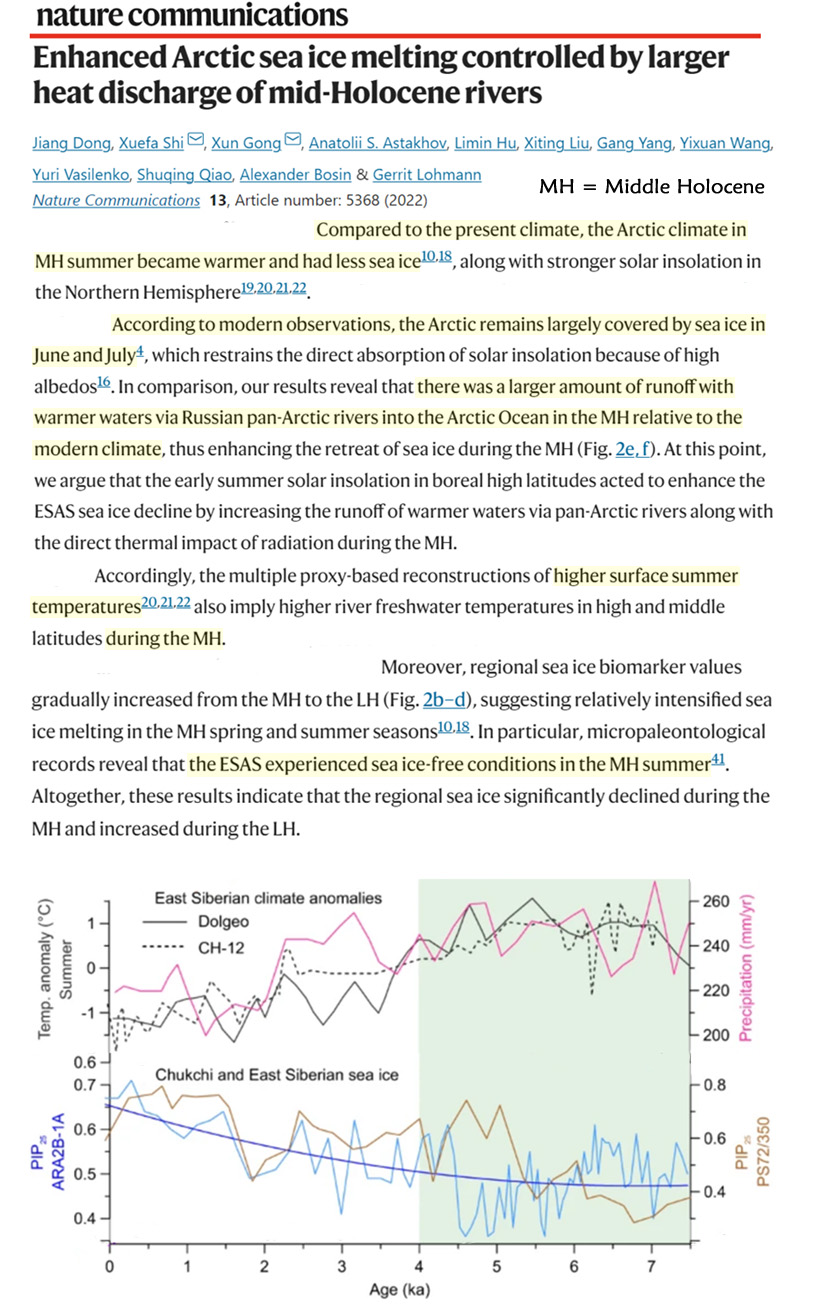 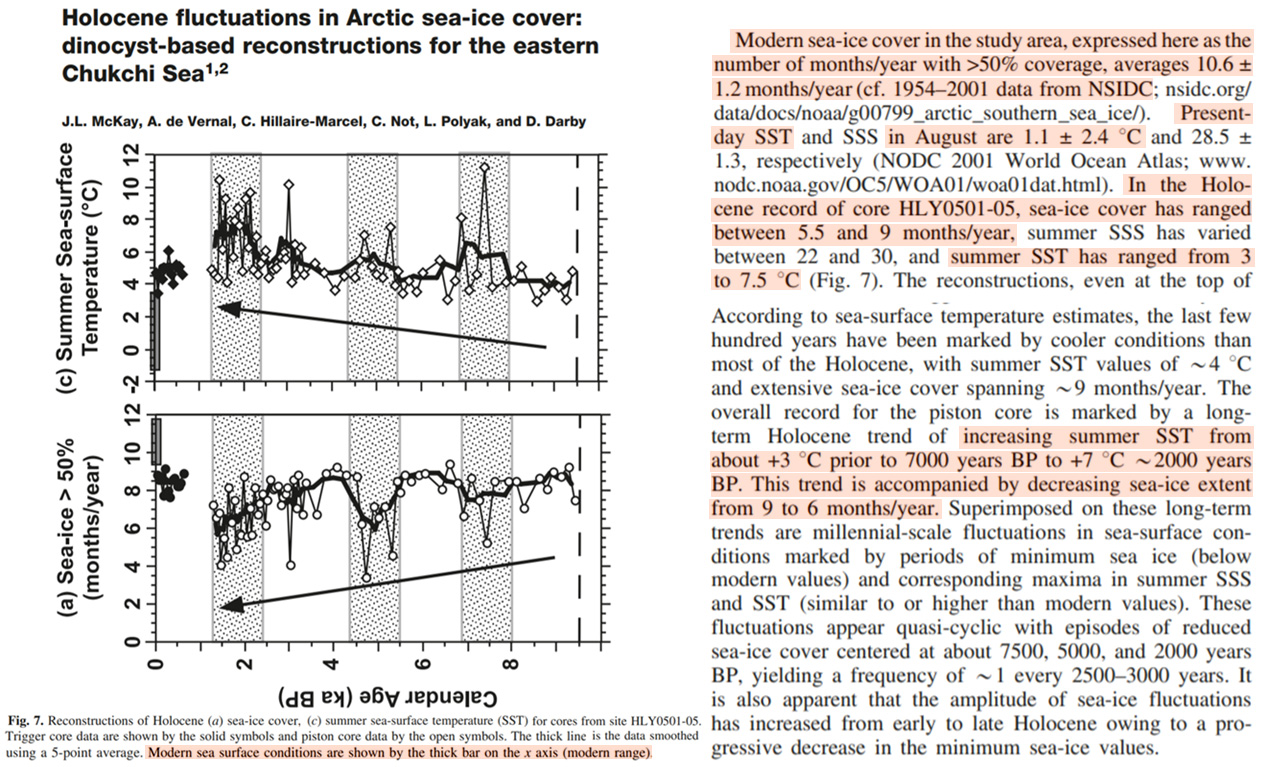 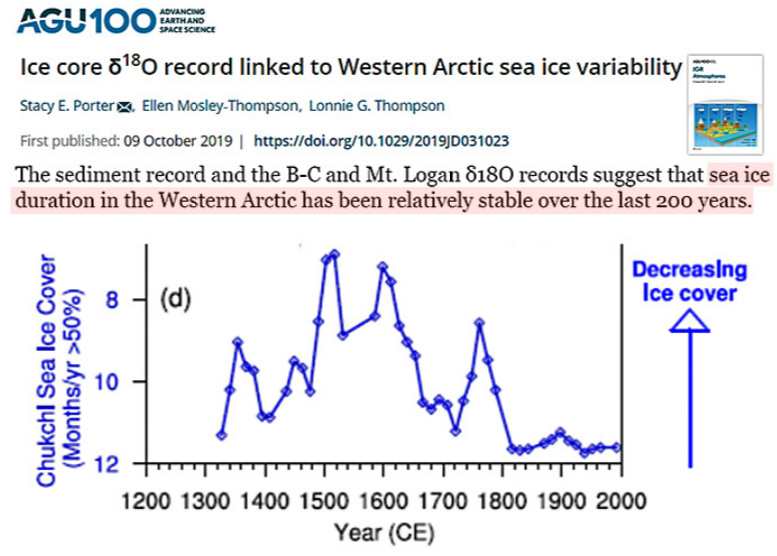 Finally, Zhou et al. (2021) indicate that while the surface water of the Chukchi Plateau is “covered by perennial sea ice” today, this region had “probably summer sea-ice-free conditions during the Holocene.” 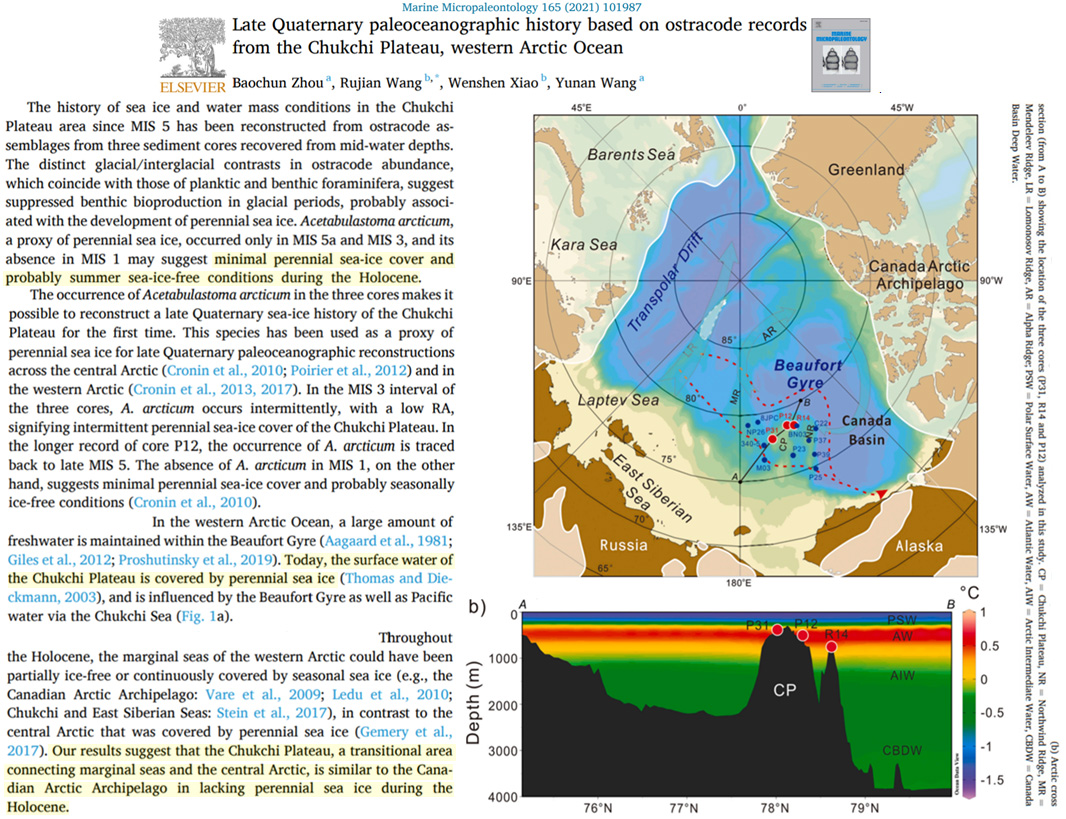