After four years of “public disruption” Extinction Rebellion (XR) has decided to stop being a public nuisance and develop “relationships instead”. This is a group that prances around in doomsday costumes, and tried gluing themselves to the top of commuter trains at peak hour in London. (Furious passengers dragged them off.)

Extinction Rebellion has decided to be rebellious by, wait for it… holding mass rallies instead.

In the end, they said after four years of protesting, XR admit their failure: “very little has changed. Emissions continue to rise and our planet is dying at an accelerated rate.”

So for some reason, despite four years of costumes, chanting, and naked protests, the global atmosphere did not change. Who could have seen that coming? 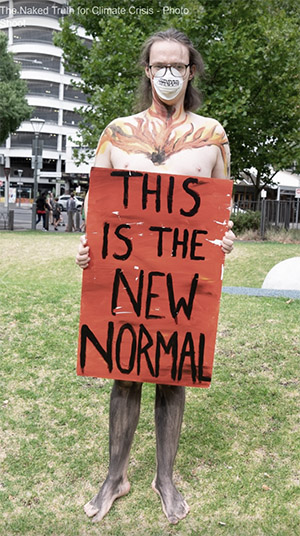 Just another ordinary worker trying to warn us about climate werewolves or something.

XR were losing the popularity race

Activists with XR, which launched in 2018, became known for civil disobedience, from planting trees on Parliament Square to superglueing themselves to the gates of Buckingham Palace. Some smashed windows at bank headquarters and at News UK, the publisher of the Sun and Times newspapers. But the group became disliked by more people than liked, according to polling by YouGov.

The YouGov poll shows a third of the UK disliked them, a third hadn’t heard of them, and just 21% felt warmly about them. Basically, half the people who knew they existed didn’t like them.

When included in a list of charities, and ranked by popularity, the rebels saving-the-world were in 127th place. They can’t be happy with that.

Even though XR say they are going to play nice, Just Stop Oil and “Insulate Britain” have popped up to say they are just as committed as ever to civil disobedience. So we won’t notice any difference in public nuisance protests, just the t-shirts have changed.

Doomsday cultists who like dressing up still have plenty of choices.

Extinction Rebellion are run by paid activists — the £200,000 “grassroots” movement