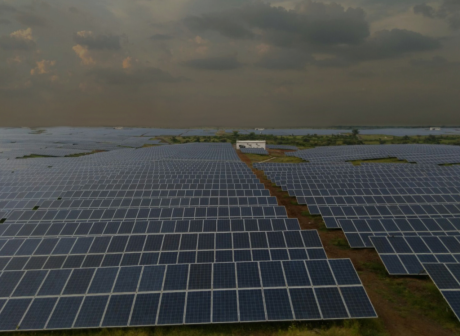 In the mother of all ironies, Europe’s wind and sun cult are complaining about uncooperative weather. The Germans have even coined a word for it: ‘dunkelflaute’ – meaning a period of gloomy, windless weather. Which, in reality, means little or nothing by way of output from their more than 30,000 wind turbines and millions of solar panels.

The unimaginative Brit hasn’t coined a precise equivalent, yet, but they too are plagued by the same phenomenon, so expect another addition to the English weather dictionary soon enough.

For now, the closest is “wind drought”, which tends to suggest malevolence on the part of the wind Gods, apparently conspiring against our ‘inevitable grand transition’ by withholding the wind resource we’ve been supposedly ‘blessed’ with.

Or, here’s a thought, it could simply be the very nature of Nature itself.

In dozens of posts over the last decade, STT has documented the dozens of occasions each year when the combined output of every wind turbine connected to Australia’s Eastern Grid amounts to less than 5% of their combined notional capacity; including lengthy occasions when total output amounts to less than 2%, as in this post: Dead Calm: Australia’s Wind ‘Industry’ Suffering From Prolonged Wind ‘Drought’

Notwithstanding the well-documented renewables disasters playing out in Germany and Britain, and despite reams of Australian data to the contrary, Australia’s Federal Energy Minister, Labor’s hapless Chris Bowen, reckons that by spending trillions on mythical mega-batteries and extra transmission lines, he’ll soon have us all running on nothing but sunshine and breezes.

Bowen’s plan is, of course, utterly delusional, as The Australian’s Cater explains below.

To hell with the naysayers. Australia is officially on track to be powered by 100 per cent renewable energy by 2025, the Australian Energy Market operator announced last week.

Naturally, the engineering road map to this hydro-carbonless nirvana comes with caveats, the most important of which is that 100 per cent instantaneous renewable generation will only be achieved “at times”.

“The output of solar and wind generation is as changeable as the weather itself,” AEMO concedes, a point some of us have been making for a while. Nonetheless, AEMO creates a credible picture of a “hypothetical future day” on which a notional weather pattern will permit the country to run for a full 24 hours without burning coal or gas. At midday, roughly 80 per cent of electricity will be generated by solar and 20 per cent by wind. At midnight, solar will generate zero per cent and wind a little over 80 per cent with hydro making up the rest. A smidgen of battery power will be needed to tide us through sunset, but otherwise we’re good to go.

In the introduction to last week’s report, AEMO boss Daniel Westerman says operating a gigawatt-scale power system on wind, solar and storage alone would be “a feat unparalleled worldwide”.

The challenge has proved too hard for Germany and Britain, where a heavy concentration of wind and solar has left them at the mercy of dunkelflaute, the German word for a period of gloomy, windless weather. Britain was blighted by a wind and solar drought at the weekend, heightening the possibility of blackouts just as the country was engulfed by an Arctic weather front. Yet Australia is committed to a precarious renewables-only path by the intransigence of our federal government. The Energy Minister doubled down last week by insisting coal and gas would be excluded from the capacity market, a type of dunkelflaute insurance policy that guarantees sufficient dispatchable power come rain, hail or sun.

Under Chris Bowen’s plan, we will insure against the variability of renewable energy by installing more wind turbines and solar panels linked by 10,000km of extra transmission lines and a modicum of extra storage. In other words, Bowen’s idea of a capacity market resembles a Monty Python cheese shop, low on stocks of dispatchable energy, the only product it purports to sell. It is worse than that, however. Excluding gas as a legitimate source of power to replace retiring coal-fired power stations will deter investment in the turbines, pipelines, terminals and LNG production that are our best hope in the medium term for firming wind and solar.

To its credit, AEMO’s report does not flinch at the complexity of what the government seems to think can be achieved with the stroke of a pen. It warns we are moving into uncharted territory. As the amount of non-synchronous electricity generation increases, the behaviour of the power system is less predictable and more complex. Synchronisation looms large among the many engineering challenges that must be addressed before the dream of renewable-only generation becomes a reality. Converting direct current from wind turbines and solar panels to the AC current on which the grid operates solves only part of the problem. The current must be synchronised with a 50-hertz cycle to the millisecond if the grid is to remain stable.

The installation of high-inertia synchronous condensers weighing 170 tonnes or more has begun in South Australia, adding tens of millions of dollars to the capital cost of renewable generation, which will find its way on to power bills. AEMO estimates 40 more of these beasts will have to be built around the country to stop the grid from collapsing.

Should the grid shut down in an emergency, it cannot be restarted using renewable energy alone. For that we must keep our fingers crossed that the emerging technology of grid-forming inverters lives up to its promise.

Australia’s relatively high penetration of rooftop solar arrays has increased the risk of unsynchronised energy contaminating the grid. Between 2010 and early 2022, the number of buildings with solar panels in Australia rose from 10,000 to about three million and AEMO expects the number to increase.

AEMO admits it has only the vaguest of data on where these systems are, let alone the ability to force them to manage their entry and exit to the system or enforce their synchronisation. The operator has responded to recent gluts of unmanageable power from roof-top solar by shutting them down remotely from the system.

If it seems as if the market operator is making this up as it goes along, it is because it is. The pace of the transition has been determined by political goals divorced from engineering reality. Those responsible for making the decisions wouldn’t know one end of a grid-forming inverter from another, nor do they appear to realise the capital costs of wind turbines, solar panels, batteries and transmission lines cannot simply be parked. Westerman opens the report with the incongruous proposition that Australia can rapidly shed its dependency on coal generation and move “towards an energy future based on low-cost renewable energy”. Even if the engineering challenge proves only half as complex as the report suggests, the notion that stable, renewable energy will be cheap is patently absurd.

Westerman is right that Australia is blessed with abundant wind, solar and hydro resources. Being blessed with resources is one thing. Mustering the ingenuity and capital to capture them is quite another. There is all the difference in the world between powering the grid with 100 per cent renewables “at times”, as AEMO claims we’ll be ready to do in three years, and powering it that way all the time.

Orville and Wilbur Wright proved in 1903 that the controlled, sustained flight of a powered, heavier-than-air aircraft could be achieved at times, for all of 12 seconds to be exact. It would be another 50 years or more until air travel began to be safe and reliable enough for most people to avoid thinking twice before stepping aboard a plane.
The Australian 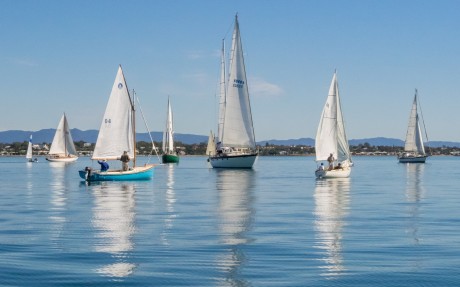 Going nowhere fast: who would have thought, hey?