It is claimed that an additional 60-75 W/m² of absorbed solar radiation can only produce a climate warming of 4-5°C. Doubling CO2 since pre-industrial times (280 to 560 ppm) is said to result in an additional 3.7 W/m² increase in radiative forcing. However, it is inconsistently claimed this ~20 times smaller value will also lead to 3-5°C climate warming.

Anthropogenic global warming proponents claim that the addition of an accumulated 1.82 W/m² CO2 surface forcing since 1750 (ensuing from the 280 to 400 ppm CO2 increase) is predominantly responsible for the alleged 1.2°C rise in global surface temperatures in the last 150 years. 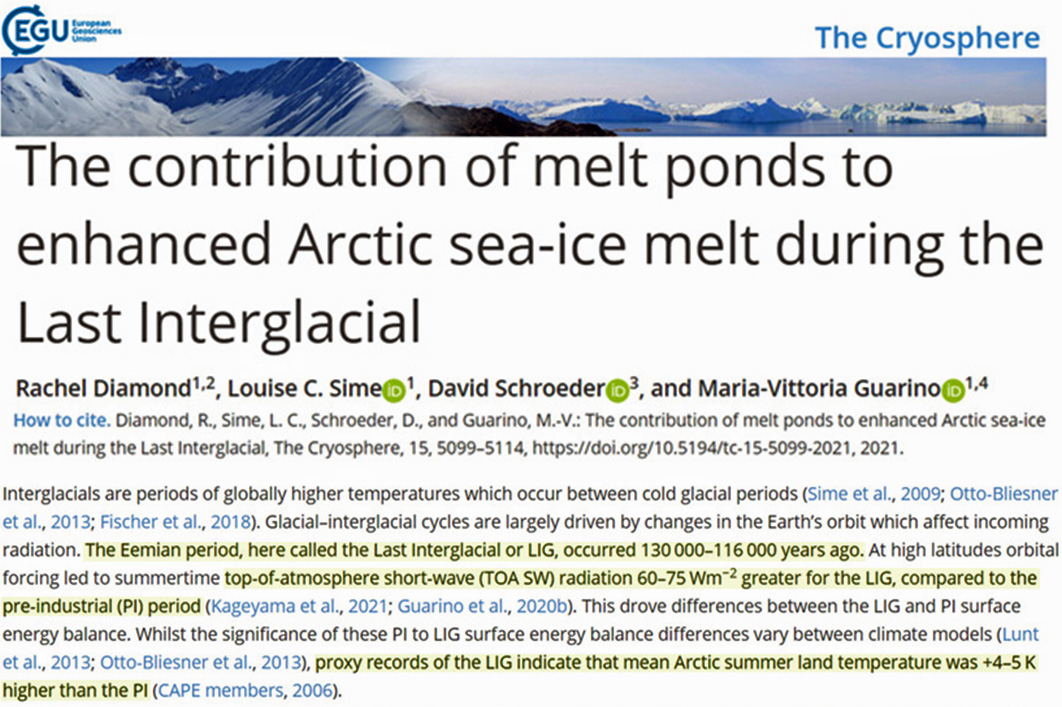 But despite the additional 60-75 W/m² insolation forcing, it is simultaneously claimed the LIG was only 4-5°C warmer than today with 5 meters higher-than-present global sea levels (Dalton et al., 2022). This is nearly the same amount of warming claimed to ensue from a doubling of CO2 from 280 to 560 ppm – despite the roughly 20 times smaller forcing associated with that CO2 increase (3.7 W/m²). 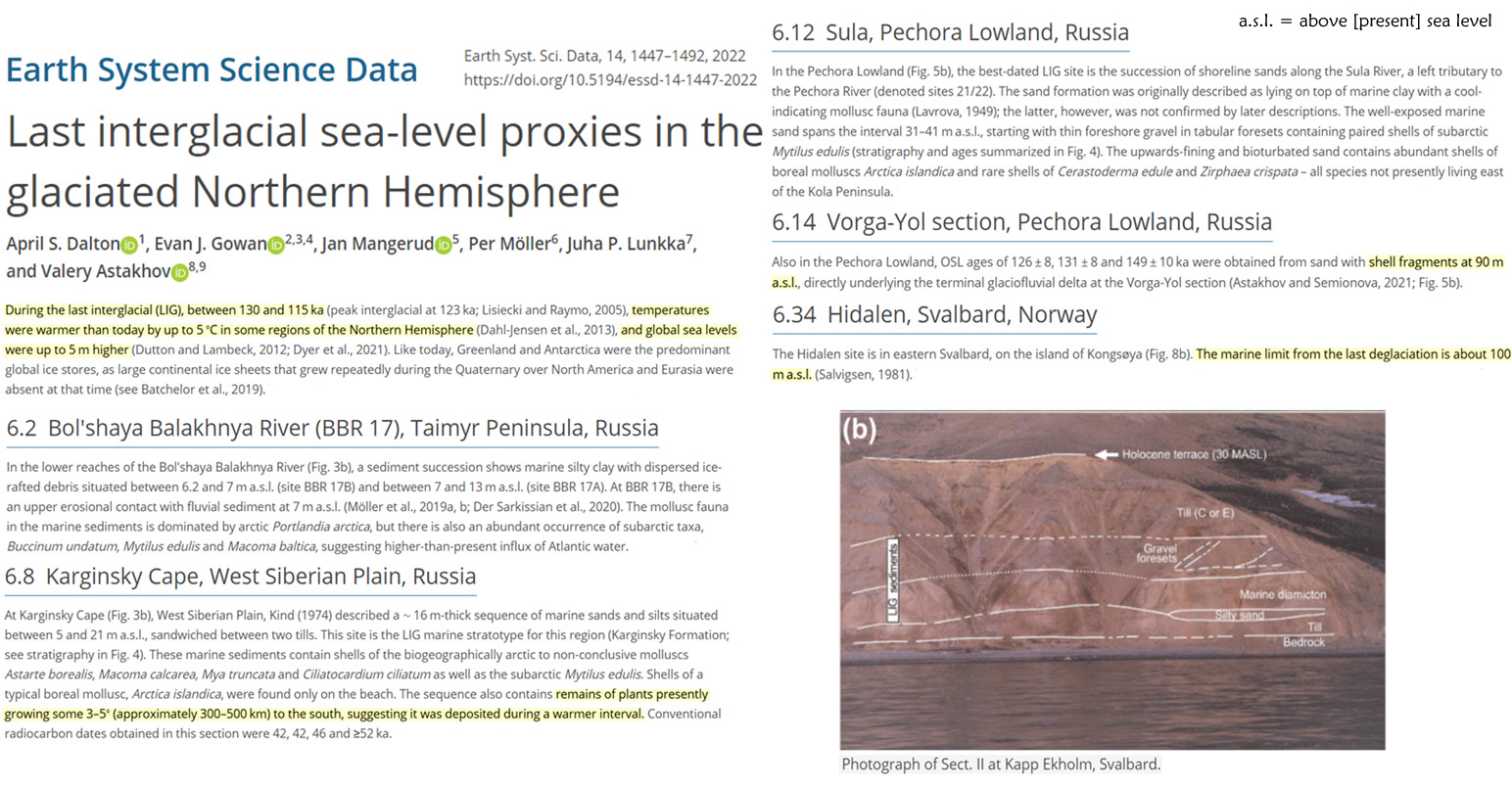