The graph below compares the ten warmest years on record for global surface measurements. Here is a link: Annual 2022 Global Climate Report | National Centers for Environmental Information (NCEI) (noaa.gov) The year 2022 was the sixth warmest since global records began in 1880 at 0.86°C (1.55°F) above the 20th century average of 13.9°C (57.0°F). What credence should we put on such data?

Where were the recording stations in the polar regions, bulk of Eurasia, Africa, South America, and the oceans in 1880? How does infrared radiation in a warming atmosphere penetrate the oceans beyond 1 millimeter?

It is hard to believe that there is much value in a claim that these figures are sufficiently accurate to be taken seriously.

The ten warmest years on record 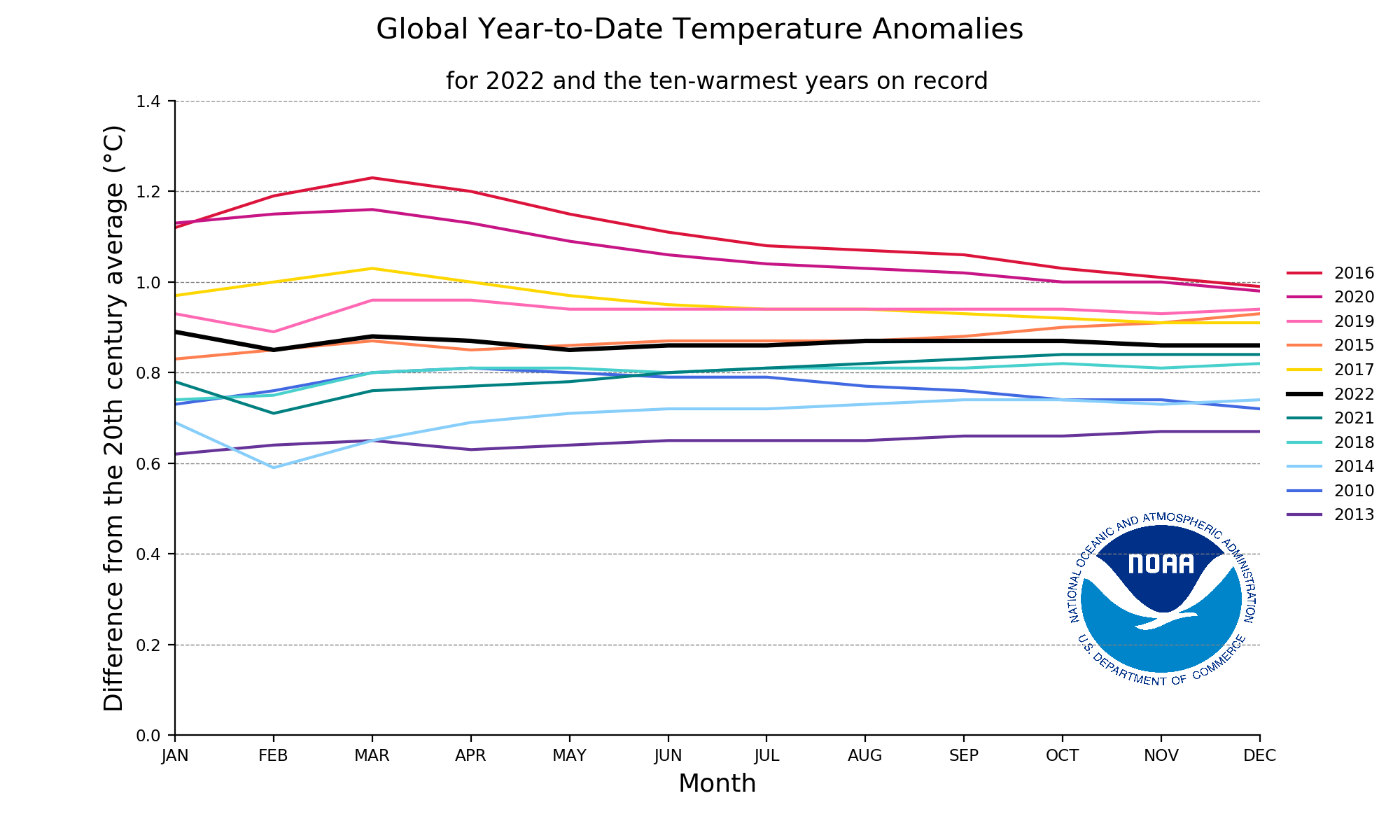