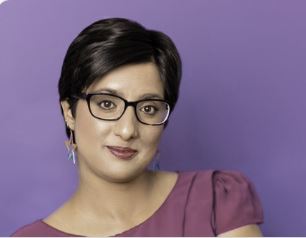 If we don’t teach our children how to spot cults and con artists they might grow into adults who lie on roads, tie themselves to cranes, and throw soup on a Van Gogh.

A lady with the unlikely name of Zion Lights was once a spokeswoman for Extinction Rebellion but quit and is now speaking out about their brainwashing, destructive behaviour, and the way they never seemed to want to solve climate change.

The whole thing was a masterclass on how to manipulate emotions, she says. She was told to “cry on TV” and bring her children to protests.  Fellow activists there were so brainwashed some were sure they were going to die before thirty, and the leader of the movement, Roger Hallam offered them salvation, preyed on their guilt, compared himself to Gandhi and MLK and called himself a prophet. But was rude to followers, wouldn’t listen, and really didn’t care about “the people” at all. Ultimately, while he talked about armageddon, “he did nothing to prevent it” she said.

The hypocrisy finally got to her. Ms Lights wanted to talk about nuclear power as a way to solve climate change, but wasn’t allowed to. Indeed, for even suggesting it, she was attacked and called a “climate denier”. What could be worse than that, eh?

As XR hit speed bumps, Roger Hallam did what all self-respecting narcissist con-men do when the going got tough, he avoided answering questions and moved on to set up “Just Stop Oil” — the new incarnation of climate cultishness and road-gluing behavior.

The climate movement is splintering under the weight of absurdities and over-reach, tearing itself apart because there aren’t any real principles to hold itself together. If they cared about CO2 they’d care about reducing it, if they cared about people they wouldn’t treat them so rudely.

A key turning point was when XR protestors jumped on the tube train in London and were tossed off by fed up commuters, most of whom were the working poor the movement was supposed to be helping. It was such a selfish inconsiderate act, about half the key people at XR refused to defend it on TV. It was the beginning of the end. A few days later one of the other XR leaders said the movement wasn’t about the climate anyway, it was really about “toxic white European racist heterosexists“, which left XR supporters a bit flummoxed, since they were mostly white.

Three years later and XR is so irrelevant they tried to get attention recently by announcing that they would stop being a public nuisance and do normal protests instead.

At its peak the movement was paying key activists up to £400-a-week to lead protests. Somehow £200,000 was being fed into a “grassroots movement” semi-staffed by professionals who happened to be the right personality type.

Ms Lights left XR two or three years ago and went on to work with Michael Shellenberger for a while promoting nuclear power, but he’s become such a skeptic, it’s not a good fit anymore. She has now set up her own group called “Emergency Reactor“. Obviously, she still believes in the climate change religion, and thinks reliable facts come from “the UN, IPCC and the WHO” — just that she tells green groups to “back nuclear or back down”. Her movement is sort of half-sensible but suspended on an ocean of absurdly stupid science, so it will appeal to the few who are pragmatic enough to solve climate change but not pragmatic enough to check the science. Without help from marxist fans, minions-of-doom, the renewables industry, big-bankers, and China or Russia — which she obviously won’t get — her movement looks doomed.

I see Zion Lights has an MSc in Science Communication, (my very own field) which is presumably why she has no idea what science is. Science Communicators are trained to be marketers for science, not journalists to serve the people.

Thanks to Climate Depot

As a member of Extinction Rebellion, writes Zion Lights, I watched people brainwashed into pulling outrageous stunts in the name of ‘saving the planet.’

But there were red flags.

At my first XR media training, I was instructed to cry on television. “People need to see crying mothers,” Jamie Kelsey-Fry, the trainer and longtime XR activist, told me. “They need to be woken up to what they should really care about.” They asked if I’d bring my children to climate marches for the same reason. The whole thing was a masterclass on how to manipulate emotions. We were instructed to bring everything back to the climate emergency and how politicians were failing us. Nothing about solutions or science.

“You could almost describe Roger as the leader of a cult.”

… over time, I realized there was something wrong, and that the guy in charge of XR, Roger Hallam, was the root of it.

Roger, 56, an organic-farmer-turned-radical, is XR’s most dominant leader. He turned to activism after his farm business in Wales collapsed—a failure he blamed on extreme weather. In 2018, Roger founded XR with several people, but his ego propelled him to the top.

When I first saw Roger in the XR office in London, I didn’t see his appeal. His wiry gray hair was unkempt, and he sat behind his desk every day eating pungent homemade hummus. I noticed he didn’t pay attention to people when they talked. That we were facing certain death was his justification (or rationalization) for being rude to everyone.

Members called him a hero, and fell for his constant self-comparisons to MLK and Gandhi. He referred to himself as a prophet, and “proved” he was a martyr through regular arrests and stints in jail.

“He’s a genius,” Joel Scott-Halkes, another spokesperson, told me. Another common refrain: “He’s the only chance we’ve got.”

Roger liked to claim that war, murder and “the rape of young women on a global scale” are just around the corner.

While Roger insists he’s saving the human species from Armageddon, he doesn’t do the things you need to do to prevent it—like lobbying for legislation, electing sustainability-focused politicians, or fighting for actual solutions. (The Free Press got no response from Roger Hallam after sending requests for comment via email and his website.)

That’s because Roger knows his followers—mostly young men and women—feel immense guilt about their carbon-heavy lifestyles. He preys on their guilt and their anxiety about the future. You could almost describe Roger as the leader of a cult.

For any cult to work it needs to offer salvation. Roger offers that, plus a sense of purpose and belonging to the young people who flock to him.

“I won’t live to be thirty,” youth members would tell me. I tried to convince them they would live, but they were already under Roger’s spell.

Cults need messianic figures that trade in gloom and doom:

In a TedTalk, sociologist Janja Lalich identifies the key elements of a cult: “A cult is a group or movement with a shared commitment to a usually extreme ideology that is usually embodied in a charismatic leader.” Roger preached martyrdom—he pushed everyone to sacrifice more in order to “fill the jails”—and used fear and control as tools for wielding power. I’d often be asked by reporters if XR was a cult, and I’d say no. But it was.

It’s not just Roger Hallam who inspires terror and devotion among his climate-change flock. Those qualities typify the climate change movement.

When a movement that bills itself as compassionate and democratic seems to rely so heavily on messianic figures trading in doom and gloom, you have to ask yourself: Is this really the most ethical way to change the world?

As with all cults, the apostates must be punished lest others follow them out the door. And to suggest nuclear power was not just less than idea, it was traitorous:

After I started being vocal about nuclear energy, as part of my decision to focus on solutions for addressing climate change and air pollution instead of apocalypse, two of XR’s main spokespeople, Rupert Read and Donnachadh McCarthy, were incensed. They sent me angry messages, calling me a “shill,” a “sellout,” a “traitor” and a “climate denier.” They told me they were ashamed of me, that I’d betrayed the group. I blocked them from my phone, and then also on social media when they took the fight there.

Read it all at The Free Press