Even if Ned and Karl just presented the data points on their Ts/Tna vs Pressure graph without any mathematically defined curve, it’d be obvious to most sensible people that there’s a smooth continuum there which strongly resembles other well known pressure temperature relations.

Yes, but they didn’t did they? The smooth continuum is also consistent with the greenhouse effect. The thicker the atmosphere, the more GHG and the greater the temperature difference between the surface and effective radiating layer caused by the lapse rate. So why favour N&Z?

Lol. I’ll take that seriously when you produce your smooth curve plot of Ts/Tna vs [radiative parameter]. Until then, you’re just blustering.

Expecting a completely smooth curve is obviously unrealistic. There are large differences in atmospheric composition between the planets which means that any exact fit is likely to be spurious (i.e. over-fitting). Better to use a model based on physics not (bad) statistics.

The Poisson-like P-T relationship Ned has discovered is expressed as the Surface T with atmosphere divided by Surface T with no atmosphere, plotted against surface pressure. What “(bad) statistics” are you referring to? These are just plain physical parameters.

overfitting and over-parameterisation, not acocunting for degrees of researcher freedom, not properly investigating out of sample prediction. All of these things a bad statistics.

BS Gavin. There is no ‘fitting’ or ‘parameterisation’ involved in dividing surface T by no-atmos T and plotting that ratio against surface pressure. And the paper contains four out of sample predictions, one now validated, another awaiting data from the Mercury probe. Read it.

It’s almost as if Roger was ignoring what I wrote and just making the same assertions again and again. The model can’t predict Venus as an out-of-sample prediction because the second component is there to bodge the model for that planet.

Venus’ surface pressure lies on a smooth continuum with other bodies’ surface pressures relative to the ratio of their actual and no-atmos surface temperatures, regardless of the no doubt imperfect numerical expression derived to describe it. No radiative factor has matched that.

It’s not attrition Gavin, I’m just having to respond to your continued misrepresentations of what the data show. Not the numerical model Gavin, the data. The data have no ‘fitting’ to be ‘overfitted’. The data are what they are.

“The data have no ‘fitting’ to be ‘overfitted’.” O.K. so you make it clear that you have no idea what “fitting” means, not surprising you don’t know what “over-fitting means”. Sorry, I have better things to do than explain the basics to someone who doesn’t want to know.

You still seem to be fixated on statistics and numerical expressions that fit the data rather than doing what good empirical scientists do, which is to look at the P-T data, and compare it to other known ‘laws’ which define other P-T data. 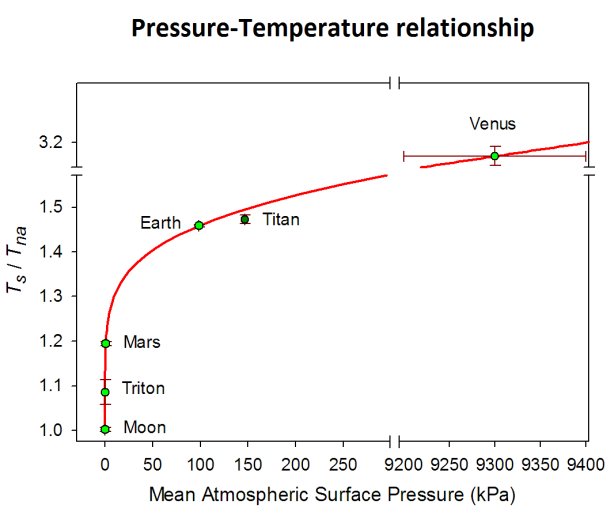 No, I have also explained the physics. As I said a thicker atmosphere will have a more effective greenhouse effect. I have also pointed out that pressure can only cause temporary heating via compression (Kelvin-Helmholtz mechanism).

I promised no such thing.

Very wise. Ned already showed in his paper it doesn’t work. That’s because atmospheric mass, gravity and insolation define the energy/force envelope in planetary atmospheres that sets the surface temperature, not ‘greenhouse gases’.

Gavin Cawley: “The smooth continuum is also consistent with the greenhouse effect.” Also Gavin Cawley: “Did you know that it was not a correct statement when you made it?”

It isn’t a factually incorrect statement. The temperatures of moons and planets can be explained by the greenhouse effect. How many times does that need to be pointed out to you? 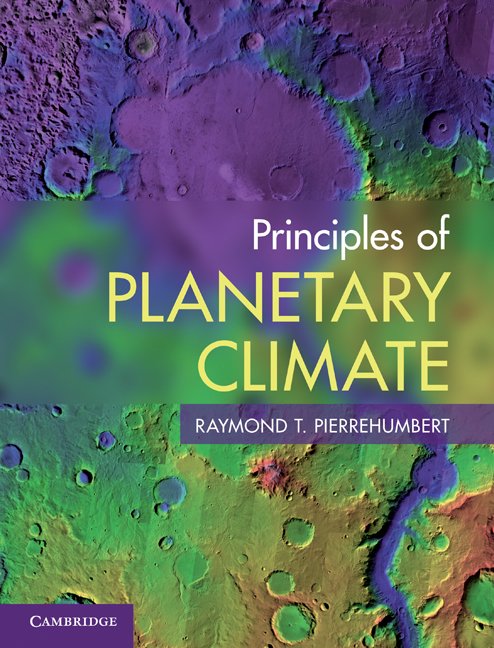 Gavin Cawley @Gavin_Cawley
You have already been shown references to works on planetary climate based on std. climate physics. Repeatedly asking for things that you have already been given seems a common ploy for climate skeptics, but I’m not falling for it, just so you can ignore the answer yet again.

Sure it can Gavin. But only by introducing lots more parameters than Ned uses, and ‘adjusting’ them planet by planet on an ad hoc basis to obtain a model fit. And even after $$$ billions spend. Climate models disagree about Earth’s surface T by 4C.

well in that case it is “consistent with” duh!

Thanks Gavin, I’ll leave it there.