From The Daily Mail 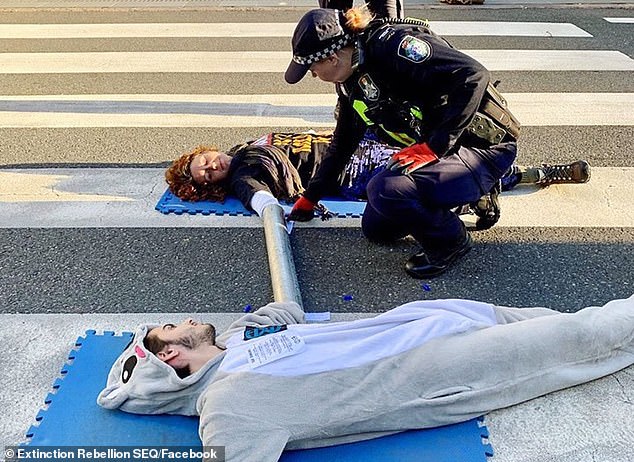 The waterfront five-bedroom, four-bathroom mansion in Pelican Waters on the Sunshine Coast also comes with a freestanding aquarium, vacuumaid, a triple lock garage and a private jetty, The Courier-Mail reported.

An average household in Australia emits 14 tonnes of carbon each year.

While it can be hard to determine the exact carbon footprint of a household it is widely accepted a larger house emits more.

Herbert has claimed on social media that he does not live with his parents, but during his first court appearance in June, the climate activist told the magistrate he lived with his parents who supported him.

There are lots of pictures and video in The Daily Mail Article.  Check it out.

2 thoughts on “Green protester, 20, who caused chaos by gluing himself to a Brisbane street still lives with his parents in emission-spewing five-bedroom mansion with an infinity pool”