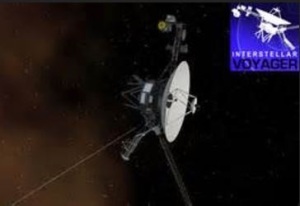 The two Voyager space probes, launched in 1977, are still delivering tales of the unexpected.

The boundary region between the sun’s sphere of influence and the broader Milky Way galaxy is complicated indeed.

NASA’s Voyager 2 spacecraft popped free of the heliosphere — the huge bubble of charged particles that the sun blows around itself — on Nov. 5, 2018, more than six years after the probe’s pioneering twin, Voyager 1, did the same.

The mission team has now had some time to take stock of Voyager 2’s exit, which occurred in the heliosphere’s southern hemisphere (as opposed to Voyager 1, which departed in the northern hemisphere).

In a series of five papers published online today (Nov. 4) in the journal Nature Astronomy, the researchers reported the measurements made by the probe as it entered interstellar space.

These data are full of surprises. For example, Voyager 2 traversed the heliopause — the boundary between the heliosphere and interstellar space — when the probe was 119 astronomical units (AU) from the sun. (One AU is the average Earth-sun distance, which is about 93 million miles, or 150 million kilometers.) Voyager 1 made the crossing at nearly the same distance, 121.6 AU.

“If we take our models at face value, we expected that there would be, indeed, a difference,” added Krimigis, who’s based at the Johns Hopkins University Applied Physics Laboratory in Laurel, Maryland, and the Office of Space Research and Technology at the Academy of Athens in Greece.

Voyager project scientist Ed Stone, of the California Institute of Technology in Pasadena, also emphasized the dynamism of the solar bubble. “The heliosphere itself is breathing in and out,” he said during the same teleconference.

In addition to the large-scale expansion and contraction noted by Krimigis, Stone said, there are shorter-term heliospheric perturbations caused by coronal mass ejections, powerful explosions that blast huge amounts of solar plasma out into space.

“It’s a very complicated interaction that’s going on that we’re studying,” said Stone, who led one of the new studies and co-authored another one.

Voyager 2’s measurements of the interstellar magnetic field are also intriguing. Before Voyager 1’s 2012 crossing, the team expected to see significant differences in the direction of the magnetic field outside the heliosphere compared to the one inside, said Leonard Burlaga of NASA’s Goddard Space Flight Center in Maryland.

But Voyager 1 found that the interstellar field was largely aligned with the heliospheric field — and so did Voyager 2, we learned today. So this appears to be a real phenomenon, not some fluky coincidence.

“We have to come to some understanding of why the magnetic field doesn’t change,” Burlaga, the lead author of one of the new Nature Astronomy papers and a co-author on another one, said in the telecon.

There must be some process causing the alignment, he added, and “that process is simply not understood.”

Then there’s the “leakage” observed by both spacecraft. Voyager 1 detected interstellar particles on two separate occasions as it neared the heliopause, and the mission team has attributed that finding to two intruding “interstellar flux tubes.”

But Voyager 2’s experience was quite the opposite: The probe detected some solar particles for a while after it left the heliosphere.

The difference may have something to do with heliospheric geometry, given that Voyager 1 and Voyager 2 left the solar bubble in very different places. “But we don’t really know the answer to that,” Krimigis said.

There are other differences reported by the two probes as well.