Up to twelve times normal snowfall.

This year this has been the snowiest February 1 – 9 on record for Belgrade, Big Sky, and Grant (near Dillon), and the 2nd snowiest start for Bozeman MSU and Ennis. 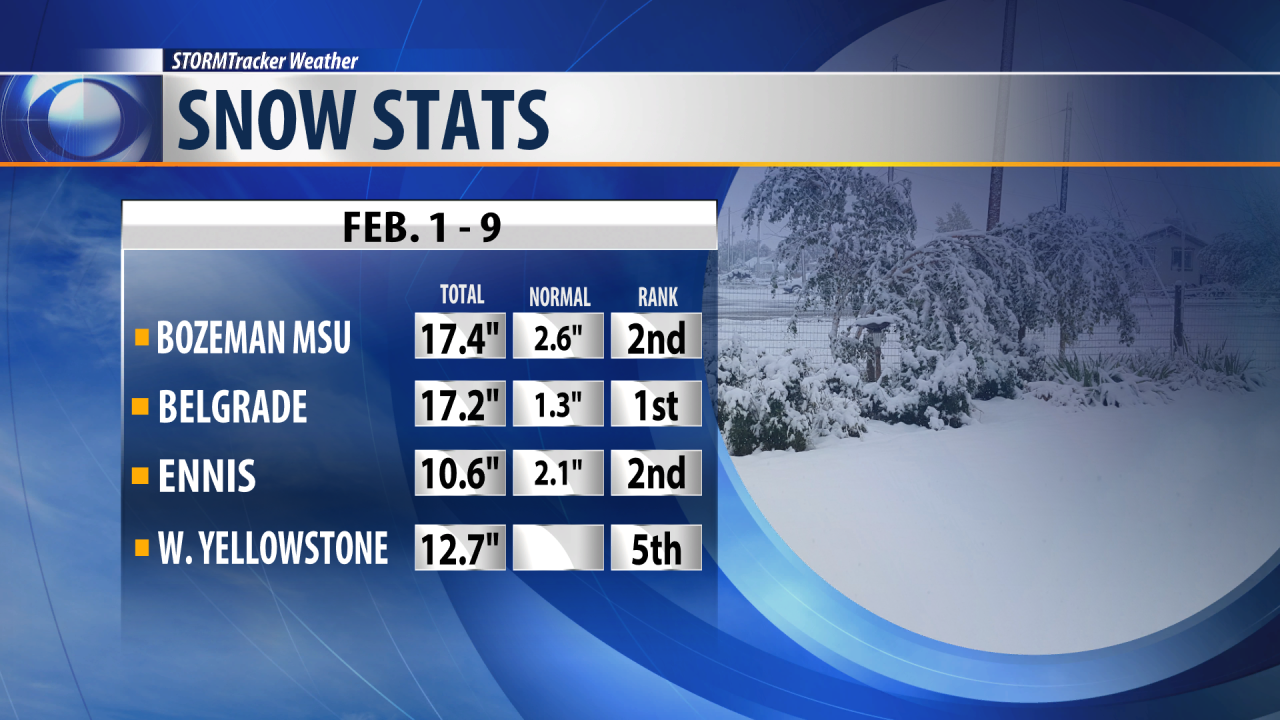 Many (not all) valleys east of the divide across SW Montana saw between one foot (30 cm) to just under two feet (60 cm) of snow in the first nine days of the month and ski resorts reported around 3.5 feet of new snow.

Normal valley total snowfall for the first nine days of the month is between 1 inch to 3 inches.

This past week’s snowfall contained a tremendous amount of water, which added substantial weight to the snow. It was more reminiscent of what we would see in late March rather than early February.

Thanks to Ryan for this link