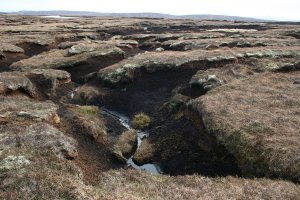 There’s over £1 billion at stake here, as construction is about to start and a subsea cable project costing more than £600m has been approved, if the project goes ahead. It would be the UK’s largest onshore wind farm in terms of annual electricity output.
– – –
OVER 20 people from across the isles have signed a petition expressing concern that Shetland Islands Council’s (SIC) recognition of a global climate emergency has not taken into account current evidence on the carbon value of peatland, reports Shetland News.

The petitioners say that since the original approval was given to the Viking Energy wind farm from the Scottish Government in 2012 “much of the science has fundamentally changed and we now indisputably recognise peatland as a store of carbon equal to or greater than that of rainforest”.

The petition seeks that the council considers a motion to cease immediately any entity involved in the “destruction of peatlands”.

It points to the current work taking place at Upper Kergord as peat is extracted to make way for an access track to a planned converter station.

The petition said that since the council formally recognised a global climate emergency earlier this year, the “updated science supersedes any of the initial carbon payback calculations in the scheme”.

“On these grounds alone we believe this project should no longer be supported by the council by letting land to a project which does not meet their own aims,” it added.

In January the SIC said: “As a council we recognise the global climate emergency. The evidence is irrefutable and the science is clear. Action is required. As a council we must demonstrate the community leadership.

“We must act and engage the community to ensure that Shetland can and does play our fair and just role in tackling this global emergency.”

It follows a recent petition sent to Shetland Islands Council expressing concern over the way it has leased land to developers, while it alleges that councillors are being kept in the dark while officials act on delegated authority.