According To The GHCN V3 Unadjusted Data On NASA Website, Hachijojima Has Seen No Warming Trend Since 1927!

On October 5, I posted an article titled “Tokyo Island Of Hachijojima Has Seen No Warming Trend For September Since 1915!“, using data from the Japan Meteorological Agency (JMA), and I told you the island is almost rural. Now I will show the mean annual temperatures in the island using the data on NASA website.

If you look at the chart below dating back to 1907 in the GHCN V3 Unadjusted data, you won’t find any significant change in the temperature trend. 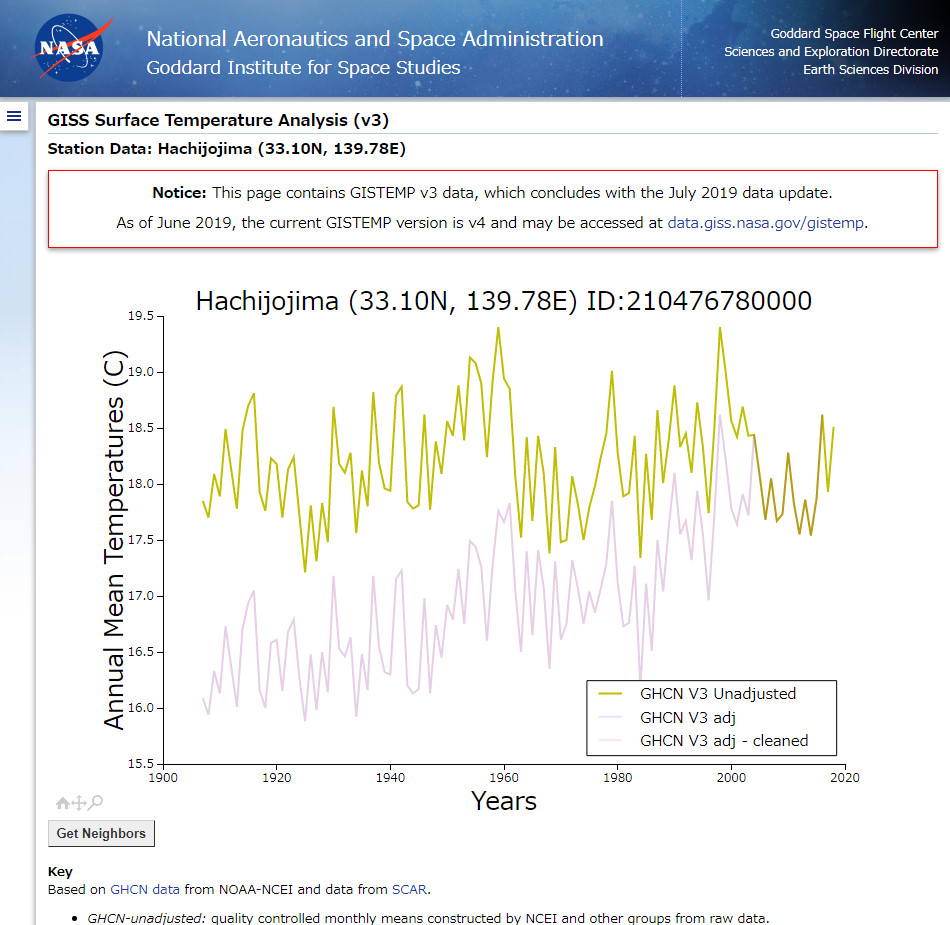 This sort of thing is well-known among the climate realists.