You would think that a publication calling itself Christian would actually place a premium on telling the truth. Sadly it is only propaganda that matters to the Christian Science Monitor:

Maria Gonzalez knows that growing coffee in Nicaragua’s northern mountains – as she has done since she was a little girl – gets harder and harder each year.

Rising temperatures are spoiling harvests when berries ripen too fast and a coffee leaf disease wiped out about half of the region’s crop between 2012 and 2014, killing most of Ms. Gonzalez’s plants.

Just as her new plants were starting to flourish, whipping winds and torrential rains from hurricanes Eta and Iota last November uprooted the bushes and shook the unripe berries to the ground.

With an initial hard few years now stretching into a decade, coffee farmers like Ms. Gonzalez face a tough decision: stay loyal to their coffee crop or find a new way to survive.

“I’m experimenting with a lot of things because if I see that one is doing better, I’ll stick with that,” she said. “And if not, we’ll be there fighting for our coffee.” 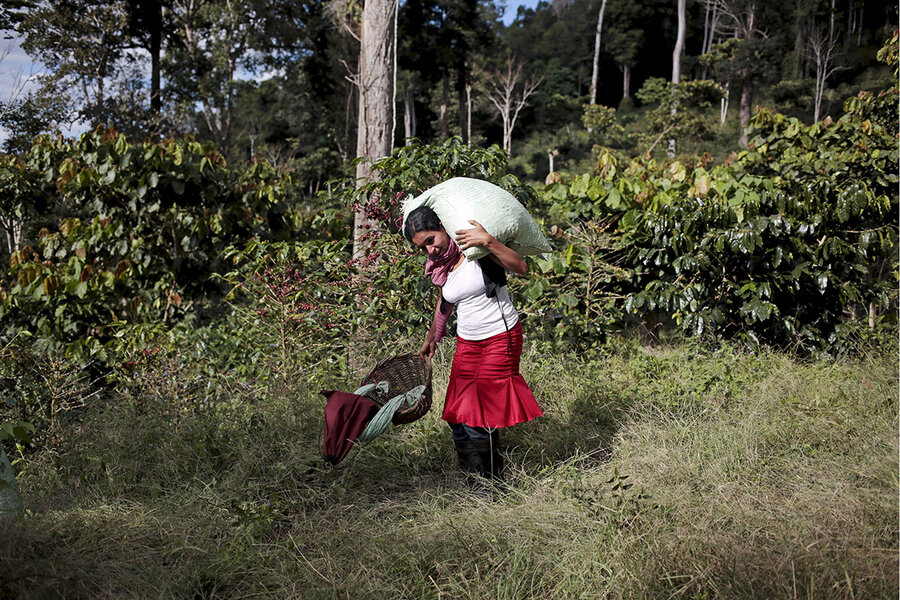 A coffee picker carries sacks of coffee cherries at a plantation in the Nogales farm in Jinotega, Nicaragua January 7, 2016.

Soaring temperatures in Central America due to climate change are forcing farmers to pull up coffee trees and replace them with cocoa, spurring a revival in the cultivation of a crop once so essential to the region’s economy.

This article could hardly be further from the truth.

Coffee production in Nicaragua has been rocketing in recent years, and is double what it was a couple of decades ago:

Of course, there are inevitably years when harvests are poor, but the decline in output between 2012 and 2014 was no greater than many other years since 1961.

It is estimated that harvest losses from the two hurricanes, which frequently hit Nicaragua, will be between 10% and 15%., taking output back to 2017 levels. Again, drops of this magnitude are commonplace in Nicaragua.

And far from the Jinotega region being particularly vulnerable as claimed, it is recognised as the best in a country noted for the quality of its coffee:

The simple fact is that coffee plantations are thriving in Nicaragua.

Shame on the Christian Science Monitor for peddling lies.