Everyone gets to hobnob, dress up in a Superhero prophet-of-doom outfit and pretend to save the world.

When the richest people in the world turn up, with PM’s and Presidents, and even the Royals do live photo tweets — you know the dry UN science conference has turned into the unmissable Olympics of Social Events.  Just being there is the fashion statement of the year.

The deals (or spin, such it is) is mostly done. The party is the reward. The World Stage beckons for politicians seeking to look important. While the offer of another glorious junket keeps the minor minions working hard all year.

And any fence-sitting politicians might be awed and swept away in the spur of the moment to offer more than they might have in the cold light of day. (Send them your barbs!) 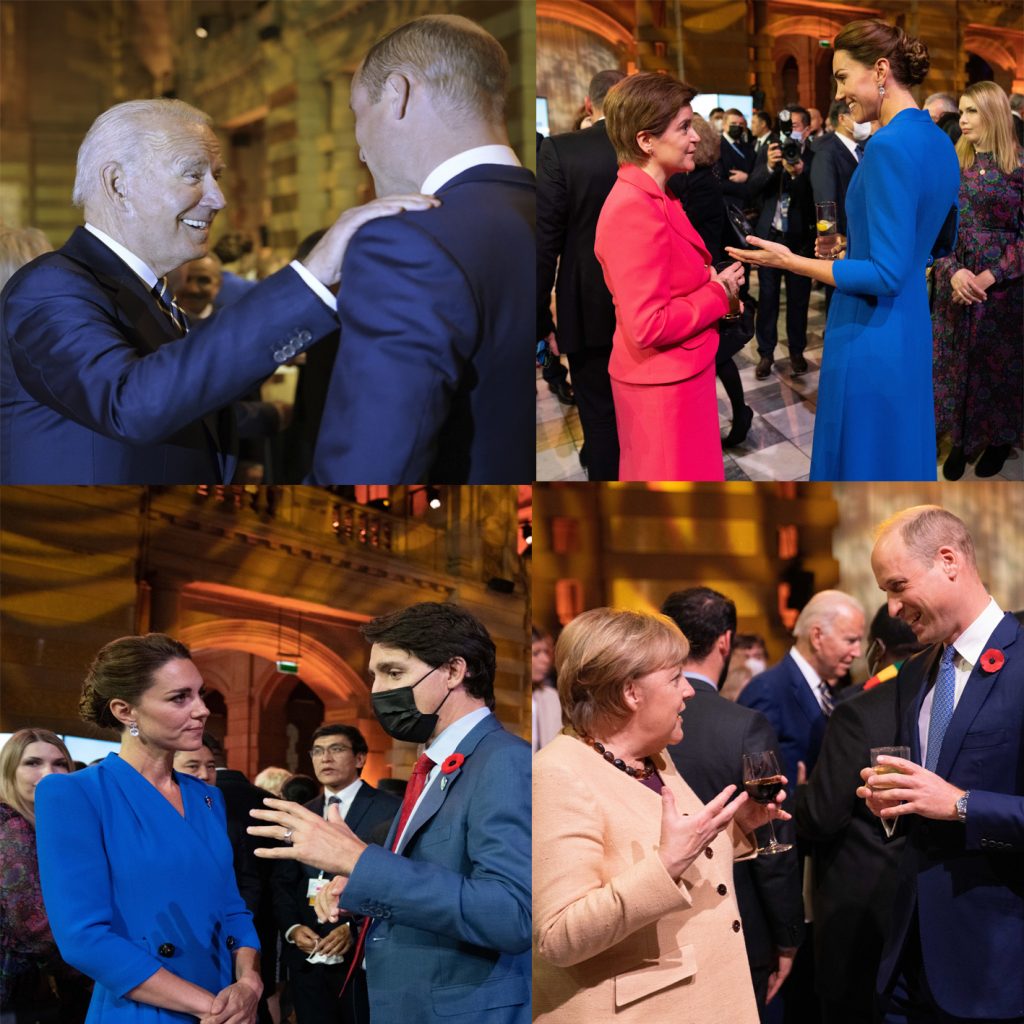 Glasgow has kicked off with a world record in hyperbole:

Never before have so many extreme metaphors exploded in the same conversation. We’re strapped to a bomb, with a clock stuck at one minute to midnight again for the tenth year in a row, and it’s time to end the chainsaw massacre of our forests, the genocide of children not born, and it will be worse than Hitler.

Where do we go from here? Stalin and Mao for next year?

UN Secretary-General Antonio Guterres said ‘treating nature like a toilet’. ‘We are digging our own graves’.

[The] Archbishop of Canterbury, said that leaders would be ‘cursed’ if they didn’t reach agreement on climate change in the next fortnight.   … a failure to act would allow ‘a genocide on an infinitely greater scale’ than was committed by Hitler’s regime.

Importantly, whatever you do, don’t ask the people.

Here’s Mr Brexit Referendum himself saying that the people are tired of having a say:

Mr Johnson rejected the idea of a referendum on whether the UK should be aiming for Net Zero by 2050, saying the country had ‘probably had enough’ of such campaigns.

And he insisted the public should not be concerned about the estimated one-trillion pound cost of the drive over the next 30 years. Mr Johnson said British people are not ‘dumb’ and recognised that ‘if we don’t do this it will be an economic catastrophe’.

The serfs know changing the weather will cost the odd thousand billion pounds, sayth Boris, but they’re OK with that.

Lest the event sway your elected Rep, keep sending your scathing emails, your savage wit to them and their team. The Medieval Carnival of Weather Control in Glasgow is a pompous extravaganza of narcissists spending other people’s money to dress themselves in Saintly Green Glory.