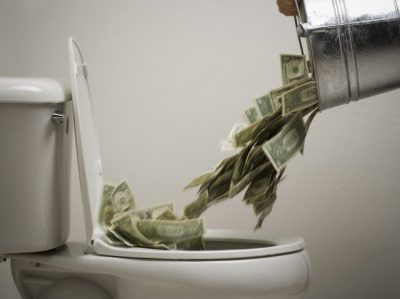 All cost and no benefit, chaotically intermittent wind and solar are proven net losers. And yet, the Climate Industrial Complex keeps telling us that the unreliables are central to ‘saving’ the planet. On that score, rather than coming straight out with it, crony capitalists and political elites use the euphemism ‘climate action’.

What they really mean is an expansion and extension of subsidies to wind and solar that will last until Kingdom Come; along with even greater subsidies for giant lithium batteries and ‘green’ hydrogen gas.

After it became impossible to ignore the self-inflicted disaster that is Europe’s so-called ‘renewable energy transition’, the likes of Bloomberg News have started qualifying what power punters are to expect from that transition.

Instead of gilding the lily about an endless supply of virtually free energy, the renewable cult’s propaganda wing is starting to tell it like it is: viz, we’re to expect punishing power prices and routine blackouts. Something that we here at STT have pointed out more than once since we launched in December 2012.

The prolonged wind drought across Western Europe, resulting in rocketing wholesale electricity and gas prices, has lifted the lid on what is, and has always been, the greatest economic and environmental fraud of all time.

Francis Menton provides the details below.

In the field of litigation settlements, people sometimes talk about a “win, win” scenario — a settlement structure where both sides can get some advantage and simultaneously claim victory. By that criterion, what is “green” energy (aka intermittent wind and solar power)? The public pays hundreds of billions of dollars of subsidies to get the things built, and in return it gets: sudden shortages and soaring prices for coal, oil, gas and electricity; and dramatically reduced reliability of the electrical grid, leading to periodic blackouts and risks of many more of same; and despite it all fossil fuel use doesn’t go down. It’s a “lose, lose, lose.”

As the world comes out of the pandemic and the international economy returns to attempting to fulfill normal consumer demand, you can see green energy hitting the wall pretty much everywhere you look. It’s just a question of which data points you want to collect for a day’s entertainment.

The current energy crisis in Europe and Asia is of course getting next to no coverage in the U.S. media. But over at Bloomberg News they have a big story on October 4. That’s Bloomberg News as in Mike Bloomberg — the man with four private jets and at least ten houses who devotes his public life to hectoring you to cut your “carbon footprint.” But now suddenly the Bloomberg News people seem to have figured out that periodic energy crises are an inevitable consequence of increasing reliance on the undependable wind and sun. The headline of the article is “Global Energy Crisis Is the First of Many in the Green Power Era.” The Bloomberg piece itself is behind paywall, but extensive excerpts can be found at Climate Depot here, where they call it a “moment of clarity”:

The next several decades could see more periods of energy-driven inflation, fuel shortages and lost economic growth as electricity supplies are left vulnerable to shocks.. . . . The world is living through the first major energy crisis of the clean-power transition. It won’t be the last. . . . Wind and solar power production have soared in the last decade. But both renewable sources are notoriously fickle — available at some times and not at others. And electricity, unlike gas or coal, is difficult to store in meaningful quantities. That’s a problem, because on the electrical grid, supply and demand must be constantly, perfectly balanced. Throw that balance out of whack, and blackouts result.

Meanwhile, the latest place to get hit with blackouts due to an unreliable grid is China. (Previous rounds of blackouts traceable to over-reliance on unreliable wind and/or solar power have hit South Australia in 2016, California in 2020, and Texas in February this year.). From the New York Times, September 27:

Power cuts and even blackouts have slowed or closed factories across China in recent days, adding a new threat to the country’s slowing economy and potentially further snarling global supply chains ahead of the busy Christmas shopping season in the West. The outages have rippled across most of eastern China, where the bulk of the population lives and works.

But didn’t the same New York Times just tell us on October 8 that China is “the world leader” in both solar power and wind power? Somehow, neither of those seems to help when electricity demand suddenly ramps up. Just yesterday the Guardian reported that the recent power chaos is causing China to re-emphasize what they call “energy security,” which the Guardian takes to mean fossil fuels, particularly coal:

China plans to build more coal-fired power plants and has hinted that it will rethink its timetable to slash emissions. . . . In a statement after a meeting of Beijing’s National Energy Commission, the Chinese premier, Li Keqiang, stressed the importance of regular energy supply, after swathes of the country were plunged into darkness by rolling blackouts that hit factories and homes. While China has published plans to reach peak carbon emissions by 2030, the statement hinted that the energy crisis had led the Communist party to rethink the timing of this ambition, with a new “phased timetable and roadmap for peaking carbon emissions”. . . . “Energy security should be the premise on which a modern energy system is built and and the capacity for energy self-supply should be enhanced,” the statement said.

Over in the UK, somebody has now finally taken the time to do a calculation of how much it would cost to provide sufficient battery storage to get the country through an extended (ten day) period of dark and calm in the winter, assuming a grid relying 100% on wind and solar generation. The calculation has been made by Professors Peter Edwards and Peter Dobson of Oxford University, and Gari Owen of Annwvyn Solutions, on behalf of netzerowatch.com/on-the-storage-of-renewable-electricity Net Zero Watch, which is a project of the Global Warming Policy Foundation. (Full disclosure: I serve on the board of the American affiliate of this organization.). The answer that Edwards, Dobson and Owen come up with is approximately 3 trillion British pounds. For comparison, UK GDP in 2020 was just under 2 trillion British pounds. And if you look at the Edwards/Dobson/Owen calculation, you will realize that they assume zero loss of energy on the round trip into and out of the batteries. That’s rather a favorable assumption, given that in practice an all-wind-and-solar system would need to store power all the way from the summer to the winter. What percentage of your cell phone’s battery charge is left if you leave the device unplugged on the shelf for six months? But then, it’s all fantasy anyway, so what does it matter

And finally, the Department of Energy’s Energy Information Agency has just (October 6) come out with its annual International Energy Outlook. This is the sage projection of our wisest gurus of how the production and consumption of energy will change over the three decades from now until 2050. Surely then these guys will show us how the world will achieve the true path to Net Zero carbon emissions within that time frame, if not much sooner.

OK, then, here is the key chart:

Wait a minute! Could they really be saying that, rather than being on a path to oblivion, all major fossil fuel categories (petroleum, natural gas and coal) will continue to see increased usage right on through 2050, and with no indication that any decline will have begun even then? Yes, that is exactly what they are saying. Indeed the projected increases in consumption of two of those fuels are quite dramatic — up in the range of 50% for natural gas and 40% for petroleum. Yes, so-called “renewables” are projected to increase dramatically; but after thirty years of this, they will still, according to EIA, provide only about 25% of “primary energy consumption,” which is less than petroleum alone, and barely a third of the combined contribution of petroleum, natural gas and coal.

But don’t worry, prices for gasoline and electricity will increase by a multiple, and we’ll have regular blackouts.
Manhattan Contrarian 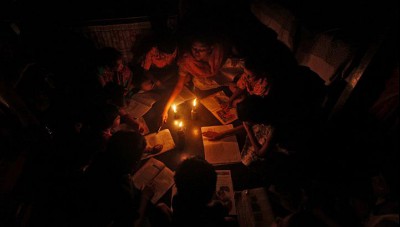