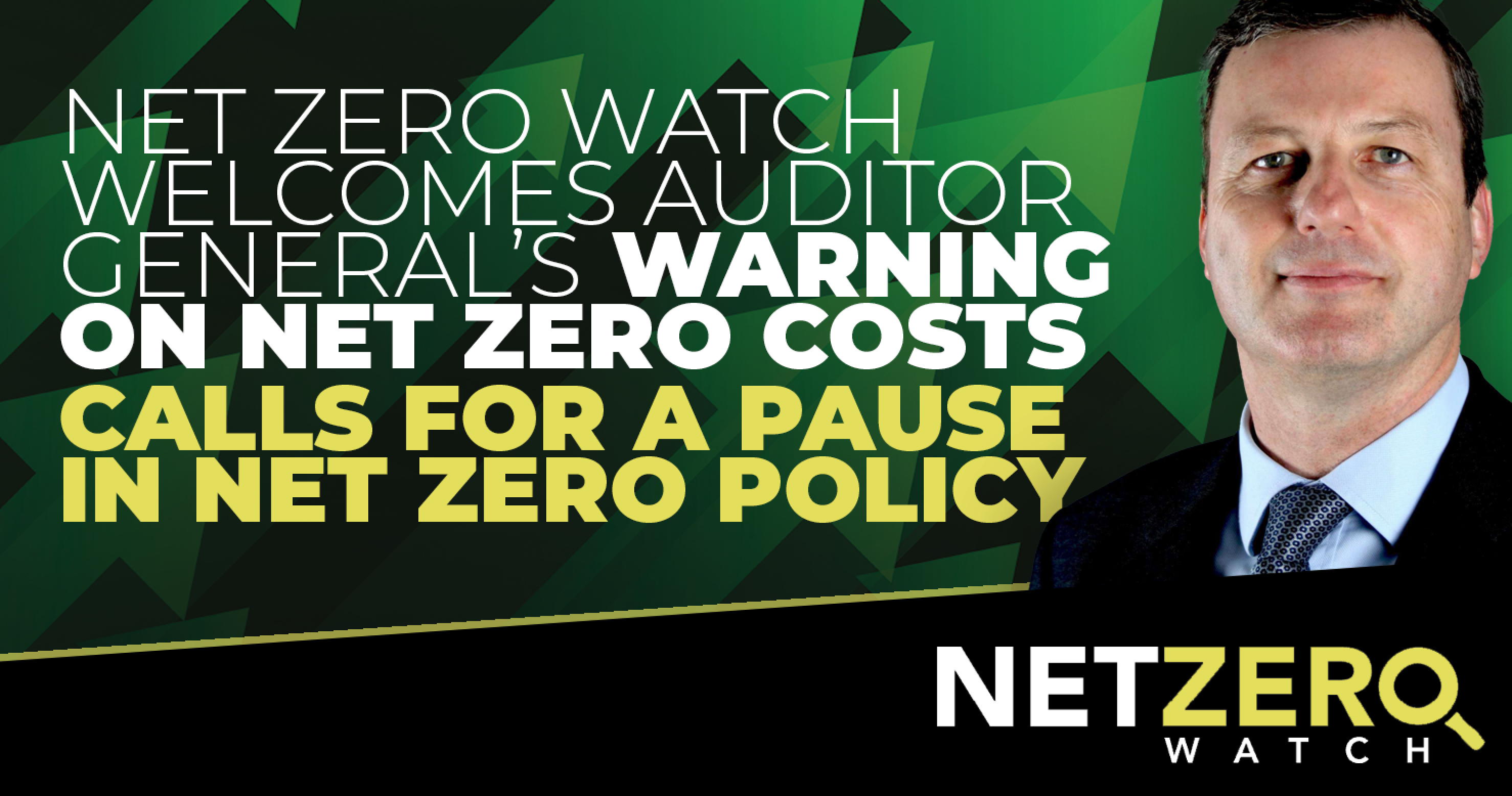 London, 20 June — Net Zero Watch is calling on Boris Johnson to pause Net Zero policies and spending plans after the UK’s Auditor General has warned that their costs risk spiralling out of control.

Climate policy group Net Zero Watch has welcomed the decision by the Auditor General to speak out over the cost of the Government’s decarbonisation policy. The UK’s spending watchdog has warned of a serious risk of cost and waste, as money is thrown at ill-considered schemes. 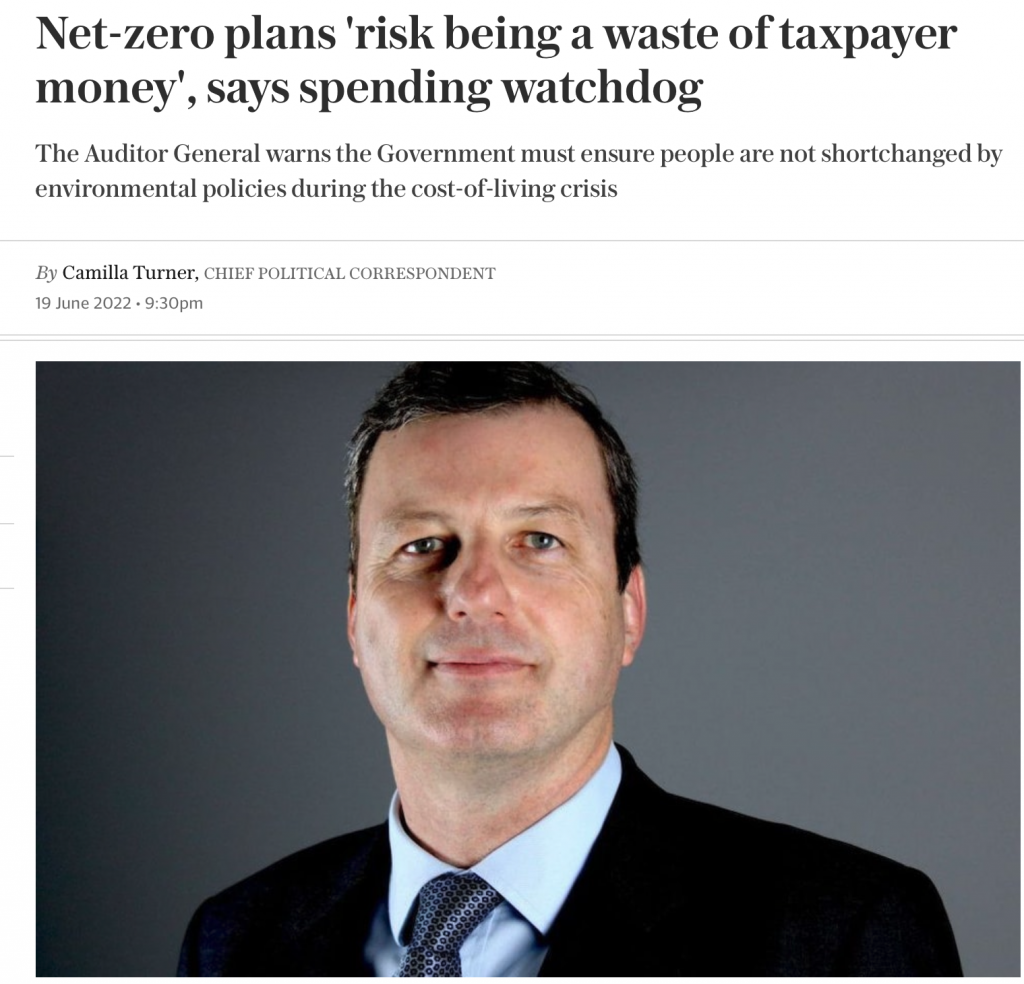 For someone as senior as the Auditor General to intervene in this way shows just how serious things are getting. We have been warning for years that radical decarbonization policies are out of control, and wildly expensive and regressive. With an economic and social disaster looming this winter, it is urgent that the Net Zero agenda is put on hold for the duration of the cost of living crisis.”

Thank goodness the cause of socially, economically and politically viable Net Zero policy is going mainstream. Hopefully at last we can have a serious conversation about how we reach Net Zero without all the hysterics which divert attention from disastrous realities.”

The government’s policy of achieving Net Zero at any price and at an arbitrary date has been forensically taken apart as a fruitless ambition by the National Audit Office (NAO). We’re now seeing a reality check as the various ‘greenwash’ initiatives are being shown not to work. They cannot produce reliable, economic energy and the costs of immature technologies to be borne by the public directly or through taxpayer subsidy are seen to be shambolic and wasteful.”

As far as I know, this is the first such intervention by an official agency.

It is doubly ironic, because the same National Audit Office which published a report two years ago called “Achieving Net Zero”, which admitted it had no idea of the costs but included this gem:

The fact that eliminating UK emissions will have Zero Effect on the world’s climate seems to have eluded the NAO back then.

Hopefully they might now start to do what they were set up to do, and that is to hold government to account and provide value for money for taxpayers; something they totally failed to do in 2020..