There has inevitably been a lot of apoplectic reporting about this week’s heatwave in Britain. Everybody from the BBC to the Met Office have been blaming it on climate change, with suitably scary colours to ram the message home:

Comparison of TV weather Maps from the BBC in summer 2012, left, and summer 2022 right. Source: BBC

But so far I have not seen an objective analysis.

So let’s start with a few simple facts:

1) It was extremely hot for a couple of days this week.

2) The heat was the result of an extremely unlikely set of meteorological conditions – a perfect storm, if you like.

We know this because the Met Office told us so. On July 8th, they announced the possibility of a heatwave a week later. The weather model runs produced a wide band of possibilities, with most predicting similar temperatures to the weekend before, and some even forecasting no heatwave at all. At that stage on a couple of models out of the hundreds run predicted 40C temperatures, which were described by the BBC as “a very tiny possibility”. 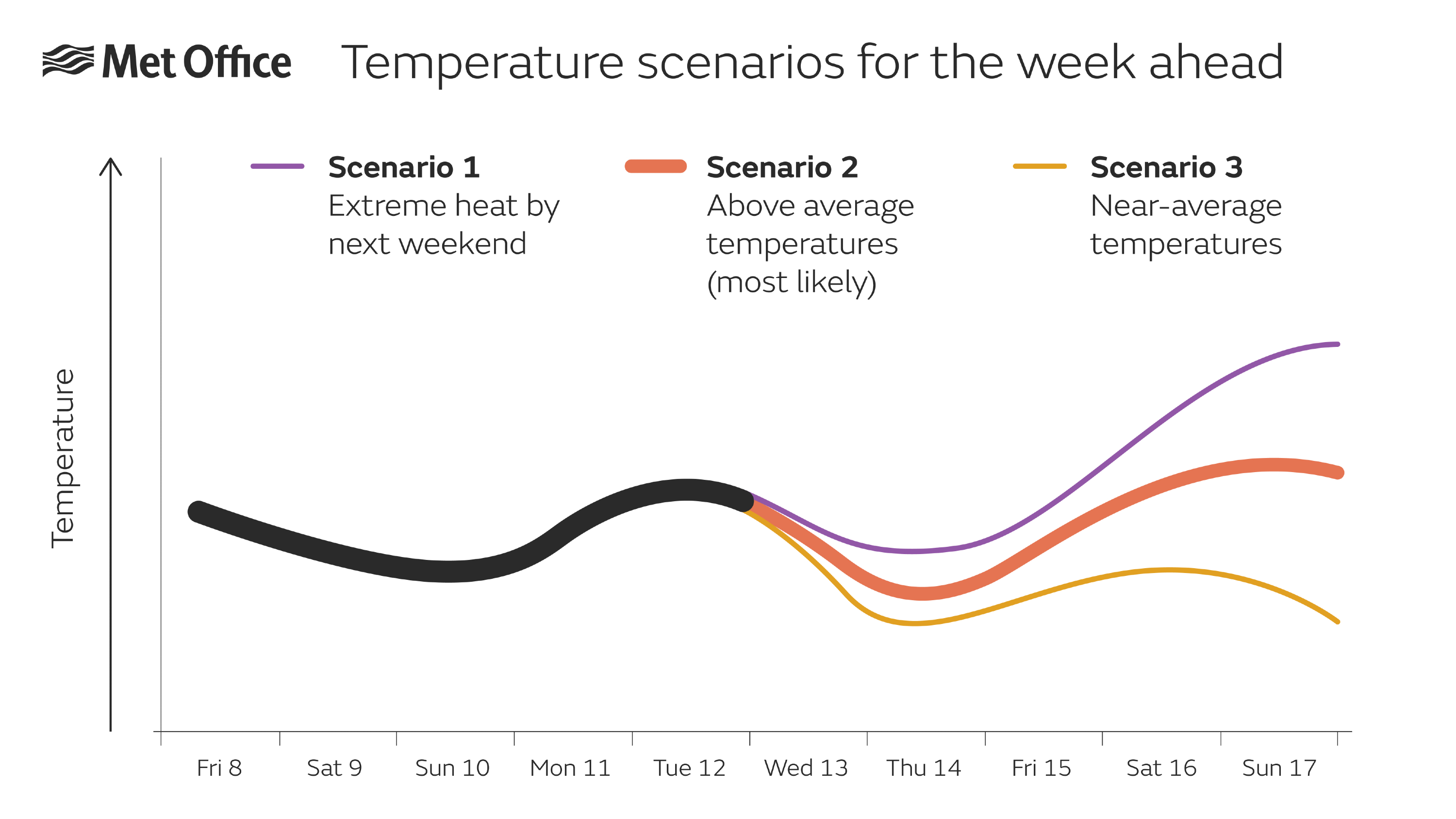 3) One day’s weather is not “climate”, no matter how much the Met Office argues otherwise. Even if you accept that summer temperatures are a half degree higher than a few decades ago, this only means that we would have had temperatures of 39.5C instead of 40.0C.

But just how exceptional were those temperatures? 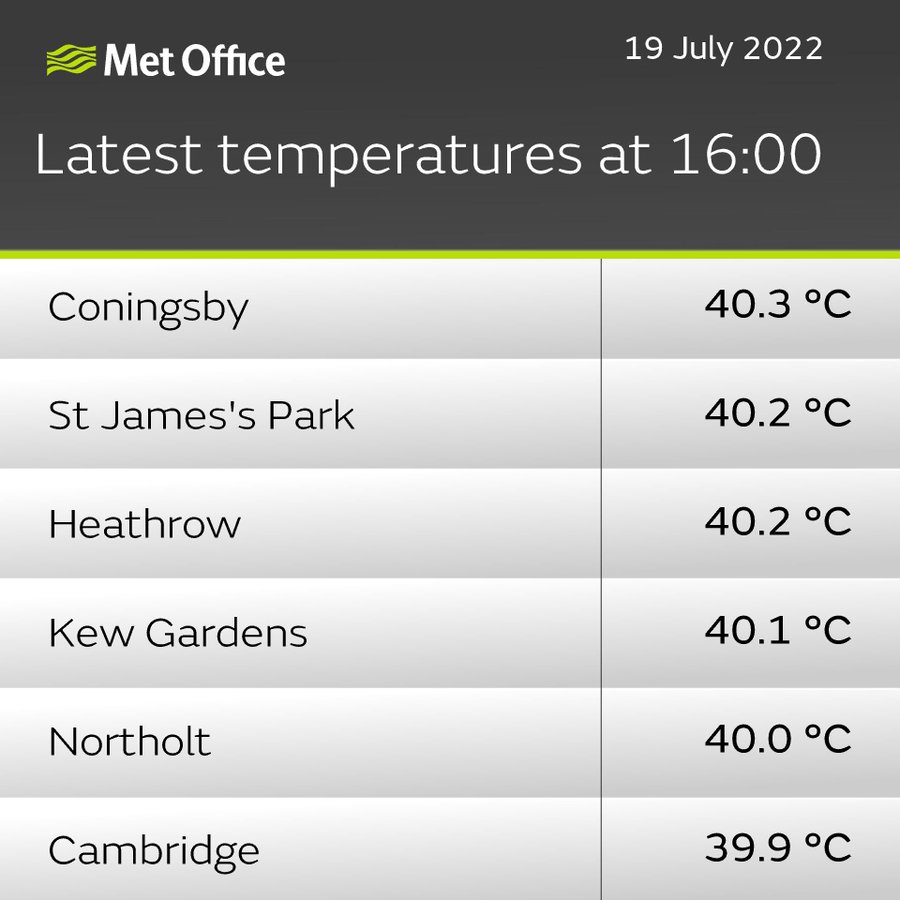 Much has been made of the fact that this week’s temperatures beat the previous record by a long way, but exactly the same thing happened in 1911:

The reading of 100F at Greenwich equates to 37.8C, a couple of degrees lower than this week in London. But that is not the whole story.

Temperatures in London and other cities and towns are now significantly affected by the Urban Heat Island effect (UHI). Some studies, for instance here and here, suggest the effect could be 5C to as much as 10C. Whilst UHI has a big effect at night, it is also substantial during sunny days. The map below from the Greater London Authority indicates that much of inner London was 2C hotter during daytime than outlying parts during the summer of 2006:

Those outlying parts will still of course be somewhat affected by UHI, but even assuming that the UHI effect is only 2C, this immediately accounts for the difference between the temperatures measured in 1911 and this week.

The main factor causing UHI is concrete, along with anthropogenic sources such as cars and air conditioning.

London is experiencing hotter and drier summers that are further impacted by the Urban Heat Island effect (UHI).  The UHI can cause London to be up to 10’C warmer than neighbouring rural areas.  This is a result of the sun’s rays being absorbed by hard surfaces rather than by vegetation such as trees, plants and grass. Radiation from our hard surfaces is released into the air as heat.

Clearly the London of 1911 was much different to today, with a much smaller urban footprint.

But the story does not end there. Back in 1911, the skies over London, and indeed much of England were heavily polluted. Not for nothing was London called “The Smoke” in those days. Scientists have long known that these aerosols serve to block incoming solar radiation and temporarily cool the planet. Indeed it was this very factor that set off the global cooling scare in the 1970s.

A recent study has found that global temperatures even now would be 0.5C to 1.1C higher if that pollution were to suddenly disappear. This is a global average, so clearly the effect would be much greater over heavily industrialised areas.

Taken together, UHI and air pollution probably account for all and more the difference between temperatures this week and 1911.

Let’s stay with 1911, because we are not talking just about a few hot days in August. June had a heatwave too, whilst July was “exceptionally warm”:

And the hot weather even extended into September:

Any objective analysis would find that the heat in the summer of 1911 was much more intense and extreme than anything we have seen this year. Strangely though I have not seen any mention of 1911 in the Met Office’s reporting this week!