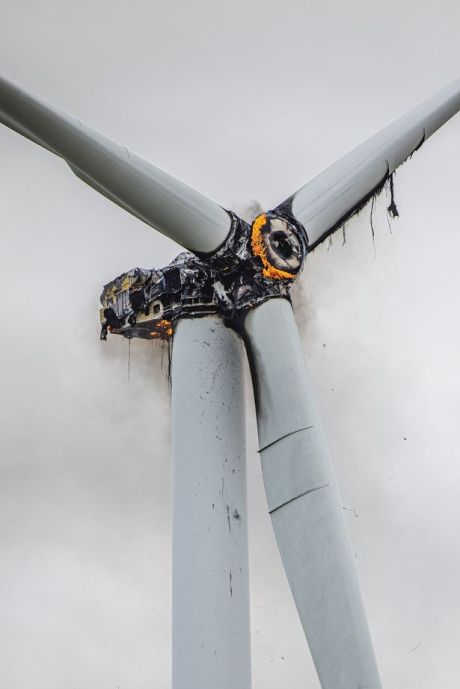 The ultimate cost of renewable energy virtue signalling is truly crippling, wind and solar-obsessed Britain is a case in point. Power prices have doubled over the span of a few months and will quadruple as energy demand spikes again in winter.

Attempting to ditch its coal-fired power plants (and converting them to run on wood pellets imported from the US) was never going to end well.

The first sign of trouble in wind-powered paradise began in September last year when (and for months following) Britain’s much heralded wind-powered future ran headlong into reality when the Big Calm struck. Wind power output was reduced to a risible trickle across the continent. The Brits were forced to fire up their mothballed coal-fired power plants, and wholesale power prices went through the roof.

Natural forces continued to conspire into November: on 2 and 3 November, wind power output across the UK once again plummeted, delivering a pitiful 5% of its nameplate capacity; wholesale power prices went through the roof, topping out at £4,000/MWh – the price charged by Britain’s two remaining coal-fired power plants for literally saving the day.

In another ‘don’t say we told you so’ moment, households and businesses have been left to contemplate a future where power assumes the status of Fendi handbags and Lamborghini motorcars.

Power off, panic on in British energy crisis
The Australian
Jacquelin Magnay
19 August 2022

People in Cornwall have been turning off their freezers, to the alarm of health officials warning of food poisoning. In Newcastle, food charities have been flooded with requests for non-perishable items that don’t require turning on the stove.

And in London at my house, the hot water has been off for the past month with showering scheduled for immediately after a sweat-inducing run in the park.

A neighbour has given up toast and community groups advise people to vacuum the backs of their fridges to ensure they work as efficiently as possible and to shower every second day.

A pre-panic mode has struck households across Britain as a cost-of-living crisis approaches uncharted territory.

As the country heads towards autumn and winter, families and the elderly are fearful and everyone is testing how far they can cut back to save on soaring electricity and gas prices.

The country is bracing for a huge shock as the summer holidays end and schools go back. At the end of next week, we will discover just how accurate the forecast energy prices rise will be. And then the real panic will set in.

As parts of Australia grapple with energy rises of 8 per cent, Britain is reeling with increases of double, quadruple and more.

Energy companies are capped in how much they can charge per kilowatt of usage for residential properties based on a formula of wholesale prices and network and operating costs. It is often ­expressed as an energy rate for an average two-bedroom home. Last October, the average annual energy bill of £1400 ($2400) dug heavily into people’s incomes.

Bills for families in three- or four-­bedroom homes, and those living in old, uninsulated houses, were much higher.

But fast-forward 12 months, Vladimir Putin has invaded Ukraine and Russian gas supplies to Europe are being strangled.

Britain, once fully reliant on its own coal, now relies on offshore wind, declining nuclear power and its domestic gas shelf, as well as imported gas, mainly from Norway.

Gas prices have spiked because other European countries, especially Germany and Italy, which heavily relied on gas from Russia, are desperately trying to find other energy suppliers.

Energy industry analyst Cornwall Insight forecasts that the British price cap will skyrocket and the average annual bill will reach £3582 ($6177) in October. By January, it predicts it will be £5000 a year. That is close to $10,000, after tax, for an average bill.

When shampooing my hair, I have only to do some calculations to assess that any brief discomfort of using cold water is worth it. Like many others, I am trying to build a bank of energy credit so I can enjoy a warm shower when I really need it in the depths of a British winter.

Three years ago, I paid about £12 a week for energy; now I pay £70 in summer. I am expecting, when the new energy cap is ­released, it will rise to more than £100 a week even while trying to minimise gas usage. But £150 a week by mid-winter in February? It is unthinkable.

Research released this week by the University of York shows two-thirds of all households will struggle to pay energy bills next month. More than 86 per cent of pensioner couples and 90 per cent of lone parents are expected to fall into fuel poverty, defined as when energy costs exceed 10 per cent of a household’s net income.

British businesses, which have no such price cap, have been hit with even more prohibitive rises, risking their livelihoods and stoking fears of a deep recession. They are grappling with producer-price inflation of 22.6 per cent in the 12 months to July. This week, it was announced the consumer prices index rose 10.1 per cent, the highest jump on record.

Tony Stein, chief executive of a chain of 60 nursing homes, said as fixed-price energy contracts ended, there had been tariff increases of up to 1400 per cent, causing homes to fold because they didn’t have the “luxury” of turning off the heating on their elderly residents.

Britain has planned a £15bn package to give households a £400 rebate and social security beneficiaries an extra £650 in October.

A Cold Weather Payment of £25 a week is available for poorer households when the temperature is consistently below zero.

The German government has provided three times more support to businesses and families, and France has implemented a 4 per cent price freeze.

Whether it’s Liz Truss or Rishi Sunak who replaces Boris Johnson as prime minister in the first week of September, they will be hit with an avalanche of small and medium-sized businesses shutting up shop, the lights going out at pubs and restaurants, and increasing public unrest.
The Australian

And they didn’t see it coming…