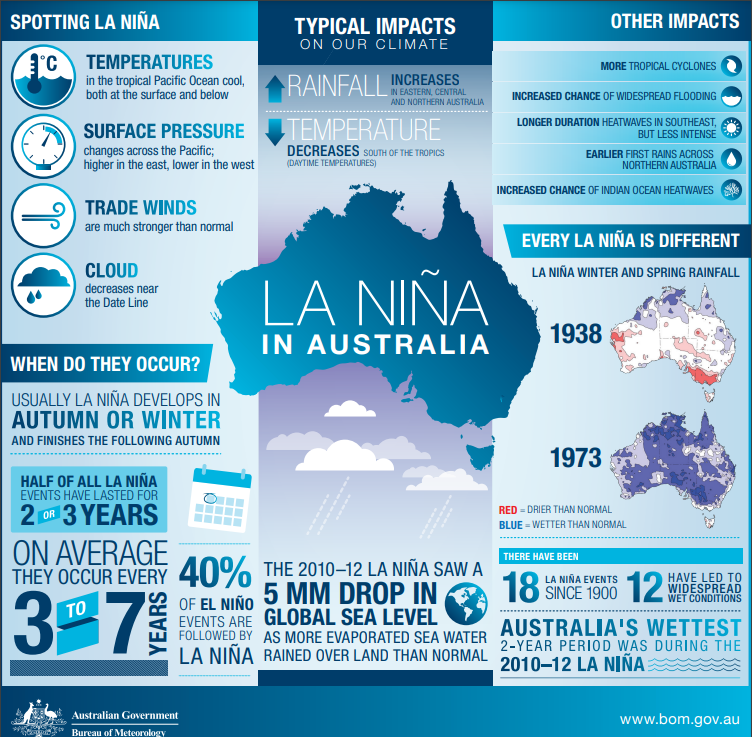 La Niña continues to ravage Australia for the third year in a row, and for the third time this year – instead of the increasing drought that was predicted a few years ago – Australia is experiencing repeated flooding.

Eighteen years ago, Australia’s climate commissioner and climate activist Tim Flannery predicted that Australia’s reservoirs would not be able to be filled due to the lack of rain caused by alleged climate change (synonymous with the lack of global warming). Since then, there has been a series of floods in Australia especially in La Niña years.

A BOM analysis showed record-breaking rainfall in large parts of Australia as early as March 2021, with rainfall amounts up to 800 mm. New rainfall records were set especially in the eastern part of Australia, which turned into a partly devastating flood of the century with overflowing dams in the Sydney area. But also large parts of the “outback” in central Australia around the “Ayers Rock” received rainfall amounts far above average, which caused floods even in the desert. Special joke at the end: now “climate change” is to blame for the floods and not the failing Tim Flannery drought.