Amid the current natural gas shortages, the German government is hoping for a warmer winter so that people don’t wind up freezing to death. Yet, on the other hand, the government warns that warm winters mean a climate disaster is putting our civilization at risk!

This year’s there’s much interest in forecasting what kind of winter is in the pipeline for Europe. Ironically, it is said that scientists all agree on the long-term climate forecast, yet, they can’t even agree on what lies ahead for the next few months.

Fir example, the NOAA/CFSv2 sees a fiery warm winter for all of Europe ahead: 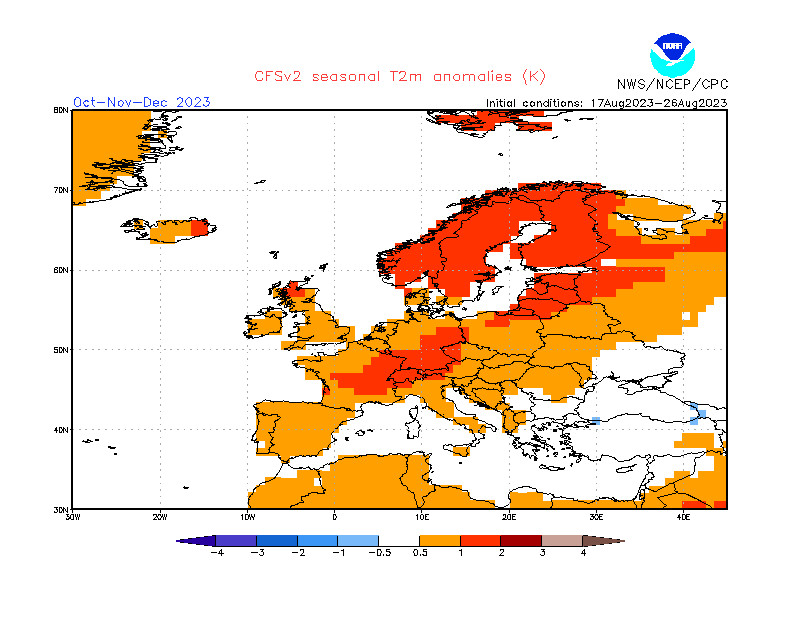 However, In early October, Germany’s DWD National Weather Service projects a warmer than normal winter, but not as hot as NOAA: 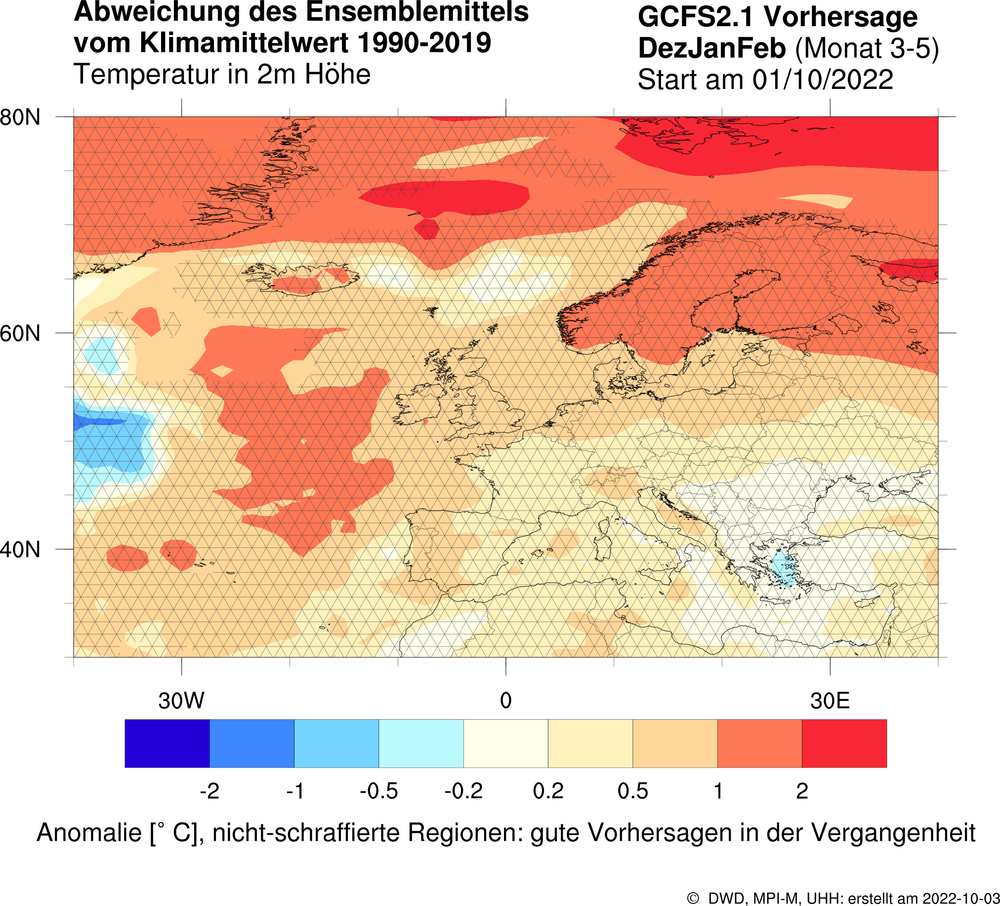 The IRI prognoses, on the other hand, a winter with near normal temperature across central Europe:

But a warm, dry October in Europe means a cold

However, according to statistics by German meteorologist Prof. Franz Baur of the University of Berlin: “If in Central Europe October turns out to be more than 2 degrees too warm and at the same time also too dry, then a cold or extremely cold January is to be expected with a very high probability.”

This year’s October has been very mild (+2°C) and relatively dry in Germany, especially in the second half, so statistically a cold winter is expected in Europe, according to Prof. Baur.

For those with just a fraction of knowledge in meteorology, it is understood that the severity of a winter is completely dependent on the prevailing weather patterns at hand, and these are in large part dominated globally by oceanic cycles. (Little to do with Co2).

Here, Weather.com here explains that this year is the third year in a row with a La Niña situation and looks at the impact that may have on Europe’s coming winter.

La Nina involves cooling on the Pacific Ocean off South America with effects on other parts of the world. This includes increased precipitation in Australia, as it just happened.Weather.com correctly writes:

Our winter is affected by two major factors. One is La Niña and the other is the polar vortex. And then there are interactions as well, which doesn’t make it any easier.

In La Niña years, there is a high probability of a strong high over northern Russia, which can extend to Scandinavia. At the same time, there is increased low-pressure activity over the Iberian Peninsula – that is, over Spain and Portugal.

Thus, it is rather mild and relatively dry in Eastern Europe. In southwestern Europe, on the other hand, it will be relatively cool and wet. At least, that’s the weather pattern you can expect with an undisturbed La Niña.” 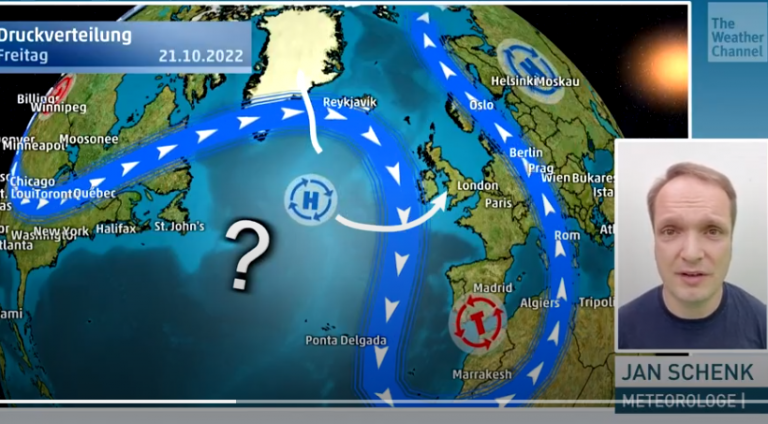 Weather.com then also gives a forecast of disturbances to the polar vortex, which can lead to a blast of polar air across Europe, and thus foil a warm winter.

And in the past, such SSWs have actually occurred relatively often in La Niña years, primarily in January and February. There’s a 60 to 75 percent chance of another polar vortex disturbance this winter. After a disturbance, it usually takes 2 to 6 weeks before the cold air from the North Pole actually reaches us.”