As German energy prices and inflation skyrocket, in large part due to the country’s green energies folly, food inflation at supermarkets reached an all-time high in October 2022. 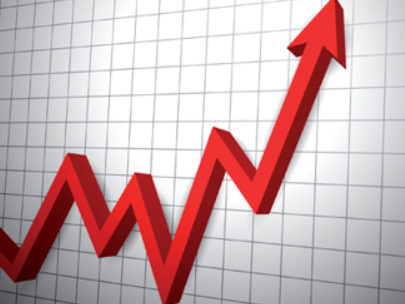 Milk 67% higher in one year

Germany’s Consumer Price Index for October reached the highest level than at any time since data collection began! Compared to October last year, food in Germany in October, 2022, was 20.3 percent more expensive.

Germany’s Pleiteticker.de notes: “According to data from Bloomberg and the Destatis statistics service, food price inflation rose so sharply that it is overtaking records from the past. The last time there were similarly large increases was during the 2008 financial crisis – but even the 10 percent mark was not approached by the increases then. Today, German citizens are experiencing price increases like never before, if a year-on-year comparison is made.”

Pleiteticker.de, a German website that tracks inflation and the resulting insolvencies, also reports on how “dairies are warning that milk is going to get more expensive.”

Overall German milk production has been declining, as farmers call it quits, and prices have been rising, from 36 euros-cents a liter one year ago to 60 cents today (+67%) – driven in large part by energy costs.

“It is not only the shortage of raw materials that is putting dairies under pressure, but also the high costs of energy, packaging, logistics and wages,” reports Pleiteticker.de. “‘We are facing further price increases,’ Peter Stahl, chairman of the Dairy Industry Association and head of Hochland, said at an association meeting in Berlin.”

Farmers have been hard hit by rising costs of raw materials and have had to “cope with the ever-increasing costs for diesel, heating and fertilizer”. These are all commodities where government policies have caused their prices to skyrocket.

The energy price shock is also having an impact on food quality, according to Pleiteticker.de: “More and more farmers are cutting back on concentrated feed for their animals to save money – as a result, the quality of the milk is getting worse and worse. According to the Federal Institute for Agriculture and Food, the fat content of German milk reached an all-time low in July 2022. The protein content of milk is also lower than in previous years.”

Another factor exacerbating food prices and quality are the restrictions imposed by the European Green Deal, climate policy and national nitrate restrictions. “The ever stricter requirements of politics are bringing many farmers to their knees.”