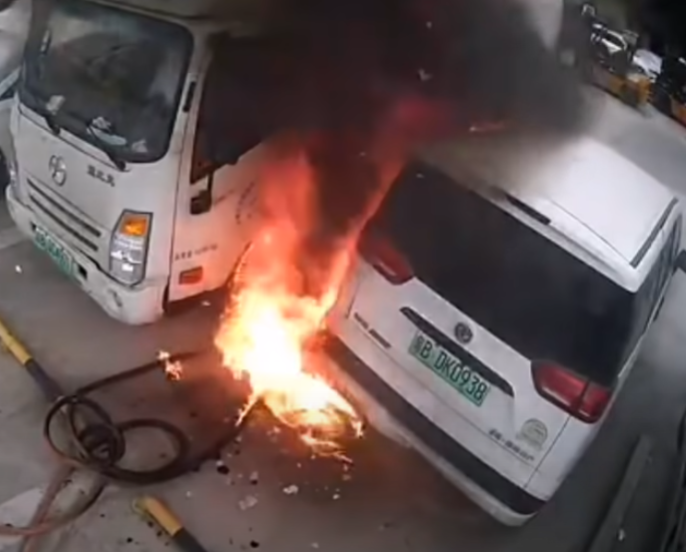 It’s safe to say most people are compelled to buy an hybrid or electric car because they wish to reduce their impact on the environment and climate.

Unfortunately, many don’t seem to be aware of an electric car’s poor lifetime carbon budget and wind up spending a lot money for doing very little or nothing good for the environment.

Another problem is the higher tendency for hybrid cars to catch fire due to a technical fault. I saw firsthand during the recent New Year’s celebration as one hybrid car just 100 meters air distance from our home caught fire shortly after midnight (images here) and ended up burning the adjacent home.

According to the authorities, a Kia hybrid passenger car caught fire for unknown reasons and the flames spread quickly to the carport and from there to the adjoining residential house. Despite the rapid action of the fire department, some property damage was also caused to the neighboring house by the effects of the heat. A parked BMW was also affected by the heat of the fire. No one was injured. The police estimate the property damage to be at least 500,000 euros.

The homeowner and neighbors were unable to get the hybrid car fire under control.

In terms of protecting the climate, the burned car – produced with the intention of being gentle to the environment – ended up leaving a gaping environmental footprint on the planet.

A search of Kia hybrid cars and fires shows that there have been problems. The fire problem appears to be industry wide as other manufacturers have had their share of issues.

Reports show that hybrid cars are in fact more prone to catch fire than vehicles with internal combustion engines. Pure electric cars are reported to be the least fire-prone. The biggest challenge, however, is that it’s far more difficult to extinguish a burning battery of an electric car.

When it comes to overall highway safety, experts and data suggest that there’s nothing safer on the road than the good old internal combustion engine vehicle: